Nestled between Austin and Houston along a quiet stretch of Highway 290, Brenham’s historic downtown is changing. It’s always buzzed with a certain vibrancy, which dates back to 1861, when local attorney J.D. Giddings helped establish the Washington County Railroad as a connection between Houston and the Texas Central station in Hempstead. Brenham is home to Blinn College, and, of course, Bluebell Creameries. A college-town sensibility is evident in large-scale, elaborate murals of armadillos and a pink grizzly bear, among others, scattered about the 22 blocks of downtown. Things got sleepy for awhile, but now the town of just under 17,000 has an interesting mashup of the traditional with an infusion of the new and fresh. There are new retailers, like the highly Instagram-able Ballad of the Bird Dog, and restaurant and bar concepts are moving in, but there’s also a stalwart of old-guard businesses like Hermann Furniture, the oldest furniture store in Texas. There’s 96 West, a contemporary tapas joint with sidewalk café tables out front, yet the wildly funky Funky Art Cafe still draws in a packed house after eighteen years in business. A walking tour of these charming streets is a study in old and new as you take in affordable art by local artists, go treasure-hunting through vast (and well-stocked) antiques shops, and dine at new and classic eateries with inviting interiors. Here are five must-stop places along the way.

You could spend hours in the state’s oldest furniture store, run by the fourth and fifth Texas generations of Hermanns. It’s a wall-to-wall shopper’s paradise. Don’t miss the attached antiques mall. 213 W. Alamo

This market and biergarten combo is the brainchild of farmers Brad and Jenny Stufflebeam. Buy local foods, sip on a craft beer, enjoy live music on weekends, or grab a bite from a food truck when it rolls in Thursday through Sunday nights. 307 S. Park

Ballad of the Bird Dog

A lot is happening at this general store of sorts: its artisan leather goods, jewelry, clothing, and more are handpicked by married owners Jared Anderson and Kathleen Matthews. They recently opened an on-site coffee shop, Mescalito, and are turning the back room into a barbershop. 212 W. Alamo

Two days after John Elford sold his farm in Burton, in 2016, he saw a historic building in Brenham slated for demolition. He bought it and, with investors, turned the space into a music venue that’s attracted acts like Bob Schneider and Jack Ingram. 209 S. Market

This article originally appeared in the January 2019 issue of Texas Monthly with the headline “Don’t Pass by Brenham.” Subscribe today. 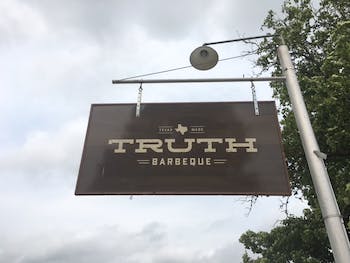 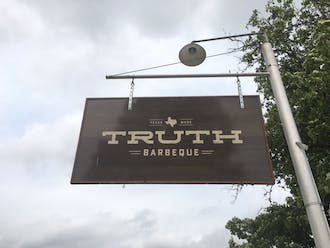 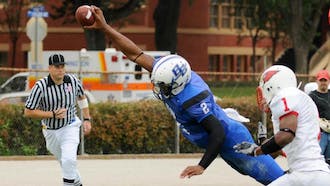 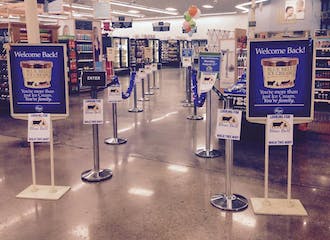 Blue Bell Is Back, But It Needs A New Plan