Austin Bold FC, a lower-level professional soccer team owned by Circuit of the Americas chairman Bobby Epstein, has had something of a snakebit start. The team sprang into existence as a way to demonstrate the viability of professional soccer in Austin—a purpose that became moot after a Major League Soccer team began the process of coming to town (Austin FC will make its debut in 2021). Last week, as the team prepared for its first string of home games, it was revealed that COTA’s Austin Bold stadium began construction outside of the permitting process. And now they’ve got an even weirder problem: a PETA protest.

According to the Austin Chronicle, the beef—er, feud—with PETA came up around an event scheduled for Wednesday’s match against Phoenix Rising. The punny promotion, named “The Farmer in the Del Valle” as a nod to both the nursery rhyme and the farms in nearby Del Valle, encourages local farmers to bring livestock to the stadium on game day. The team has offered free tickets to anybody who brings “chicks, ducks, geese, goats, cows, pigs, turkeys, sheep, horses, llamas, and donkeys” to COTA for the game.

As gimmicks go, “bring your goat to the game” is fairly novel. Although the Austin Bold’s victorious home opener against San Antonio at the 5,306-seat stadium was sold out, lower-league sports teams frequently struggle to attract fans to games, and outside-the-box events help attract a crowd when you haven’t got a die-hard fan base who bleeds your team’s colors. A Florida minor league baseball team paid tribute to a classic of Texas cinema in 2009 when it held an Office Space night, where fans were invited to smash printers with baseball bats; in 2012, the San Antonio Missions held a used car giveaway at the ballpark, offering gems like a 1990 Cadillac Seville to lucky (?) fans. In the soccer realm, the Las Vegas Lights—whom the Bold battled to a 0–0 tie in their season opener—made headlines last fall when they dropped $5,000 in cash on the stadium from a helicopter, giving fans the chance to scramble to grab the bills.

The Bold’s promo earned the team some outsized attention—Sports Illustrated covered it, as did the BBC. It also caught PETA’s eye, which responded Monday with an open letter to Epstein urging him to reconsider the promotion. PETA executive vice president Tracy Reiman made her case politely, asking Epstein to consider the animals’ experience of game day:

While we’re sure that no harm is intended, a soccer stadium is no place for chicks, ducks, geese, goats, cows, pigs, turkeys, sheep, horses, or llamas.

Of course, you know that professional soccer games are intense events. The energy is palpable, and it’s what makes attending them such an enjoyable experience. But the bright lights, screaming fans, and clanging cowbells would be terrifying for animals who can’t possibly understand what’s going on.

That’s a reasonable-sounding argument, as are her points that livestock and sporting events can be a poor mix (she singled out the Bevo vs. UGA conflict at the Sugar Bowl), but the Bold were unpersuaded, noting to the Chronicle that, after walking through the stadium gates, the creatures brought to the soccer match would have some distance from the game, being kept in pens a quarter mile from the field and handled by 4H students. A spokesperson told the Chronicle that the noise would be similar to “a small tractor” and that there’d be a veterinarian on the grounds should an emergency arise. (Epstein, meanwhile, attempted to explain to the animal-rights activist that bringing animals to a soccer match is in line with PETA’s values, telling the Chronicle’s reporter that “We should recognize that if people never interact with animals, they may never appreciate them.”)

While the promo will apparently go on as planned, it’s likely that most of the 4H kids who come to the stadium on the Wednesday will have some time to kill—Epstein also told the alt-weekly that so far, only one chicken had RSVP’d for the game, so perhaps the handlers will have the chance to actually watch soccer instead. Which is, after all, the point of every outlandish promotion—a soccer stadium packed full of goats, geese, and llamas would be enough of a novelty to capture some extra attention, but the fact that PETA is drawing attention to the fact that there is a soccer team in Austin that plays its games at Circuit of the Americas means that the Bold are already winning. For a team in the position of Austin Bold, getting into a feud with PETA can only serve to advance your goals. When you’re a minor sports team, all publicity is good publicity. 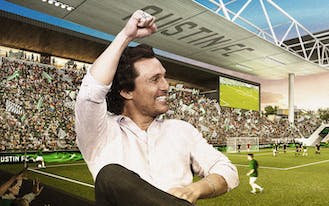 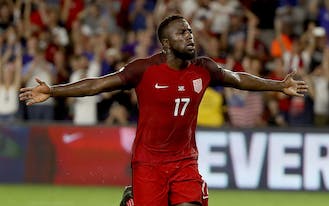 Why Texas Cities Should Host the 2026 World Cup 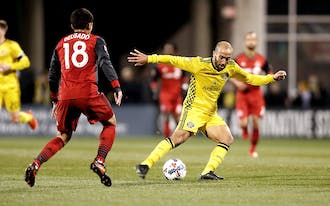 Why Does Austin Want a Soccer Team So Badly Anyway? 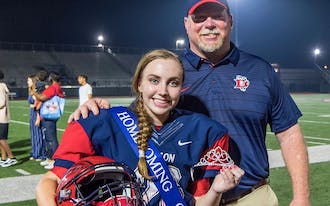 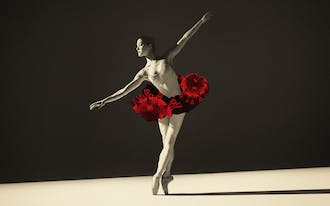