To delve into the mysterious yet subtly captivating world of birding under the celebrated tutelage of Victor Emanuel is nothing short of fabulous. Emanuel, who operates one of the oldest ecology tour companies in the world, has made a prosperous career out of what began as a cherished pastime. For her most recent story, Katy Vine observed Emanuel in his element, out in the wild among the birds. Here’s the story behind the story.

Victor Emanuel has been considered an expert in his field for a long time. Why a story about him now?
There’s no rhyme or reason to the timing; he’s one of those iconic subjects that was right under our noses, and I thought, “Why haven’t we done this before?”

Had you ever been birding, or bird watching, before you began working on this story?
I hadn’t ever been birding before this story, but I was sure lucky to get Emanuel as a guide. You don’t need an innate love of birds to appreciate his enthusiasm.

How did you prepare for this story? Was it difficult to keep up with the terminology?
I started by reading as much about Emanuel as I could from old newspaper clippings and magazine articles. He appears a lot in Peter Matthiessen’s writing, so I read those, too. Then I checked out all the books on birding from the central library and made some notes. After that, I had a lunch date with Emanuel and realized that while all of my research would help me keep from sounding like a total idiot, Emanuel was going to be my main source of information. Some subjects require prodding to discuss their interests—not so with Emanuel. He anticipated my follow-up questions and provided natural anecdotes; all I had to do for the first few meetings was throw him the occasional question and he took it from there. He really is God’s gift to interviewers.

What was the most interesting thing you learned while working on this story?
Most of my reading led me to assume that people who go birding are competitive. I hadn’t given much thought to the possibility that Emanuel would be a noncompetitive bird-lover in the old tradition. He has given a great deal of thought to the philosophy of birding and those discussions, I think, were the most interesting.

You describe Emanuel as passionate about what he does. Did you find yourself embracing his enthusiasm?
Lee Walker is quoted in my story saying that “I don’t think any child who is with Victor ever sees the world the same way again.” I think that’s true of adults, as well; it’s true for me.

What was the most beautiful bird you saw while you were with Emanuel?
Boy, that’s hard. We saw a ton of birds at the Christmas Bird Count. Probably the most memorable for me was a pileated woodpecker. I had no idea they were so big and bright.

Describe your writing process. Was it particularly difficult in comparison to other stories you’ve written in the past? What kind of reporting obstacles did you stumble upon, if any?
Well, this isn’t a cliff-hanger narrative. So, structurally it was a little tricky trying to get all these snapshots in an order that made sense. But there weren’t any reporting obstacles except the physical demands of trying to keep up with Emanuel out in the field. About half-way through a day of wading through tall grass, I realized I am not in great shape.

Was there anything you wanted to include in your piece that didn’t make it in?
He’s incredibly funny; I’m not sure if that came across. He’s very dry. In mid-December, we passed a Buc-ees convenience store down on the coast that had a sign, “Ladies Swimwear 50% Off.” He referred to this sign every now and then: “We need to stop for some gas in a little while; I think Katy wanted to check out the swimwear at Buc-ees. I hear they’re having a sale. 50% off.” Half an hour later, he’d remark in the same deadpan, “Make sure we stop at Buc-ees for the swimsuit sale. Half off, according to the sign.”

What do you want readers to take away from this story?
Victor Emanuel has a unique way of seeing the world, and it’s possible to be interested in him and his ideas even if you have no interest in birds. 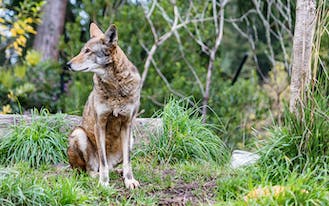 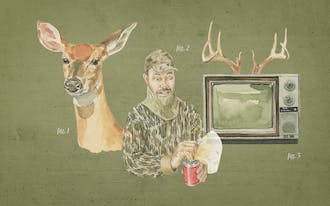 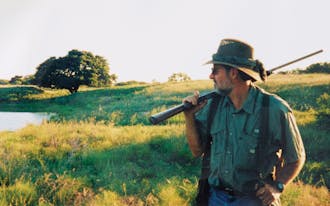 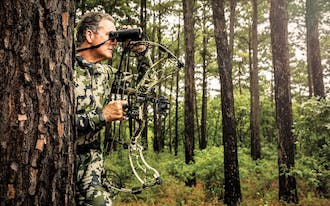