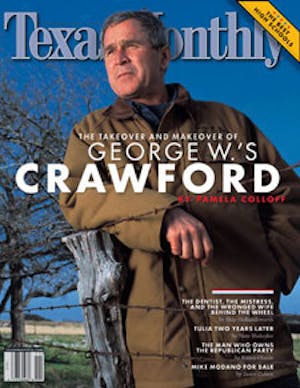 texasmonthly.com: In the reviews I’ve read about Lone Star Justice: The First Century of the Texas Rangers, words such as balanced, even-handed, and fair pop up repeatedly. How do you work to pull off balanced, even-handed, and fair when your subject matter carries such a glowing mystique and the lore draws a seemingly clear line between good (the Texas Rangers) and evil?

Robert Utley: I believe it especially important to bring that mindset to bear on people or institutions that have been buried in legend and romanticism and have spawned polarized public images. The challenge is to strip away the layers of error and myth to get as close as possible to the underlying reality. Rarely are people or institutions (composed of people) all good or all bad. Finding the balance between the poles is a historian’s duty. With the Texas Rangers, who are indeed polarized in the public view, I want to make certain they get all the credit and all the blame they have coming. In evaluating the thought, decisions, and actions of people, I place great value on the test of plausibility: Given the evidence, is this likely to have happened? The lore that draws a clear line between good and evil is the happy possession of Anglo Texans. The lore on the evil side of the line is the unhappy possession of minorities and the politically correct intelligentsia.

texasmonthly.com: Reviews have also hinted that Lone Star Justice is a much-needed update to Walter Webb’s 1935 definitive Texas Ranger history The Texas Rangers: A Century of Frontier Defense. Was this your intention when you set out to write the book?

RU: Walter Webb remains a Texas icon, although he is steadily losing credibility with the younger generation of historians. Criticizing him is perilous, as a newspaper reviewer of my book discovered when his suggestion that I might contest Webb earned him hate e-mail. But yes, my intent was indeed to replace Webb, not just update him. He is no longer universally regarded as definitive, if such a term can be applied to any work of history. Webb’s book was almost entirely hagiographic. His Rangers were all courageous, heroic, fearless, indomitable men of high competence and sterling integrity. Moreover, Webb was a product of his time and place. Texas in the 1920’s and 1930’s was still staunchly white supremacist, which meant blacks and Hispanics hardly rated a rung on the social ladder beneath Anglo Texans. Webb shared the values and attitudes of his peers, and his book especially reflects the overweening superiority his generation of Anglos felt toward Mexicans and Mexican-Americans. Since desegregation, since rampant urbanization, since the influx of high tech and the weakening of the oil oligarchy, Texas has become a place Walter Webb, Frank Dobie, and their colleagues would not recognize or understand. Incidentally, the modern Texas Rangers are a breed Webb would not relate to as he did the old timers of the 1920’s—or vice versa.

texasmonthly.com: Do modern eyes interpret history differently? Do they bring different expectations to the table?

RU: Each generation writes its own history, and should. Each generation has a set of values and beliefs different from its predecessor. Modern eyes do indeed bring different expectations to the table, which is not always good. It can lead to politically correct distortions of the past. The historian must constantly resist presentism: the interpretation of the past solely in terms of the present. The old time Rangers should be judged according to their time and place, not ours. They acted within the framework of the expectations of the Anglo establishment. We may judge them according to today’s standards, but only after granting them the freedom to act according to yesterday’s standards. That throws on the historian a twin obligation: Don’t trash our forebears for not behaving as we wish they had, but suggest how we wish they had and why they did not. Of course this is not baldly stated, but subtly built into the narrative flow. We can describe how Rangers unlawfully killed several hundred Mexicans in 1915-16. We do not have to inform the reader that this was a very bad thing by today’s values.

texasmonthly.com: What is it about the Texas Rangers, after all this time, after all we’ve changed, that make them such a fascinating topic still?

RU: The aura of heroism, romanticism, and exciting adventure still surrounds the Rangers, despite the revisionist efforts of a generation of scholars. The general public would rather read about (or watch on TV) courageous, hardy lawmen of high integrity ridding the Big Bend of brutal Mexican bandits. Or at the other pole, they would rather see all Rangers as rogue cops who anoint themselves judge, jury, and executioner by ensuring that all prisoners die in an attempt to escape. The tension between the poles helps keeps the topic alive; but it is the romanticism, given indefinite longevity through the popular media, that perpetuates the fascination. It should also be noted that Webb gave scholarly respectability to the popular image.

texasmonthly.com: Are there comparable characters in today’s world? Are the values the same?

RU: Comparable to what, legend or reality? Today’s Texas Rangers draw heavily on the legend for self-identification, but they are a very different corps of lawmen than their predecessors. In my view, they are professional, efficient, and effective, which are not terms universally applicable to any stage in their past, including as recently as the 1960’s. I fault them only for their stubborn resistance to women officers. Just as there were good and bad Rangers for a century and a half, so I suppose there are good and bad Rangers today. This is true of any human institution, which is why balance is so vital to a true take on institutional history. A common comparison is to the Northwest Mounted Police, now the Royal Canadian Mounted Police. It’s a good comparison, both in terms of legend and reality. Historically, they had good red coats and bad, and as a modern constabulary they have a bright reputation comparable to that of the Texas Rangers.

texasmonthly.com: You’ve written several books on Western history. What is it about that era that continues to entice us?

RU: The legend. Buffalo Bill’s Wild West gave it immortality, even though it had begun to thrive even before Horace Greeley proclaimed, “Go west young man, go west.” (Of course he intended women to go along.) There were stirring episodes in the history of the American West, and suffused with romanticism and the prevalent dream of a better life in the West (then and now), they appeal widely today. My own experience, however, suggests that the appeal grows weaker as legend-busters do their work and as the Civil War and World War II move increasingly to center stage. The so-called ‘New Western History’ of academia has also had its influence. Portraying the western experience in heavily pejorative terms, it has diluted the romanticism and come to dominate scholarly interpretations.

texasmonthly.com: Where does your interest in the West stem from?

RU: Errol Flynn. He portrayed General Custer in They Died with Their Boots On. That was just after Pearl Harbor. I was hooked on Custer and the West, and the hook is still there. I was going to be a lawyer, but six collegiate summers as a park interpreter at Custer Battlefield National Monument (now, more politically correct, Little Bighorn Battlefield) steered me into history—western history. And there I have been ever since. At least once a year, as an exercise in gratitude as well as nostalgia, I again watch Errol Flynn die as Crazy Horse (Anthony Quinn) leads the final Indian charge on that beleaguered little band of bluecoats.

texasmonthly.com: If you could be an archetypal figure from the West, who would you be and why?

RU: I cannot answer that question because there is no one I would want to be. I am a creature of the 20th century (though not the 21st), and I cannot imagine inhabiting any other time, place, or corpus. Almost as difficult to answer is who I admire most in that past. I think I would have to settle on Kit Carson, whom I have come to know pretty well in at least two books I have written. He was the archetypal mountain man, very good at his craft. He was the archetypal guide to explorers such as Fremont who mapped and dramatized the West. He was an archetypal Indian fighter, ruthless at first, less so in later years. He was an archetypal Indian agent, aggressive on behalf of his charges, compassionate in dealings with them. He was an archetypal citizen soldier, ending the Civil War with a general’s star on his shoulders even though illiterate. By the standards of his time, he is virtually irreproachable. Even by the standards of today, there is little to condemn.