WHEN LAST WE CHECKED IN on doings in the remote West Texas town of Cornudas (Reporter: “Dream for Sale,” December 2003), locals were gathered, their breath bated, around what was believed to be the only laptop in Hudspeth County. The exact location was a back corner of the Cornudas Cafe, a burger-and-gas stop sixty miles east of El Paso on the Carlsbad Highway, and the occasion was the fast-approaching deadline of an eBay sale of the town itself—the cafe, gift shop, six-stall RV park, six-room motor court, three rent houses, four picnic areas, and palatial Palm Harbor residence of town owner May Carson. With time running out, and a high bid of $1,300,200 registered online, the 67-year-old May was already counting all the piña coladas she’d buy when she took her proceeds and relocated to Costa Rica.

That was a year and a half ago, a time not long after the Internet’s belated arrival in Cornudas (population: 4; number of stoplights: 0). After twenty years as the sole owner/builder/manager of the 129-acre town and its myriad businesses, May saw the Web as a way to sell out fast and get on to a hard-earned retirement. But when one Cornudan excitedly read aloud the high-bidder’s eBay purchasing history, no one seemed to realize that the same-day payment he’d made on his most recent buy, a pair of $19 glow sticks, was more an indication of his purchasing power than his integrity. Sure enough, a week later, the buyer had faded into the ether, Cornudas was back up on eBay, and May was still at the cafe grill, flipping her trademark green-chile burgers and dreaming of the surf.

Fast-forward a year and cue the Dealmaker. That’s how millionaire Florida condo tycoon Jerry Wallace bills himself, and when he stumbled across a separate Internet listing for Cornudas, in December 2004, he quickly paid May a visit and met her $1.3 million asking price. Cornudas is his latest big deal, and he is reimagining it as Wallacetown, USA, a $210 million Old West—themed resort, complete with hunting lodge, dude ranch, spa, 48-room hotel, desert golf course, museum, dinner theater, wedding chapel, retail space, and three restaurants, including May’s cafe. His moneymakers will be condos; he plans some three hundred of them, all priced at around half a million dollars, with luxurious amenities and Western facades.

Wallace plans to have his town open by summer 2006 and has already begun moving buildings to Cornudas from another recent purchase, El Paso’s original Old West tourist spot Franklin Town. Of course, the project has the potential to be a folly of Lajitas-like proportions, but Wallace has already made one shrewd move: He talked May into staying on as Wallacetown’s mayor. If you get by Cornudas, she’ll be easy to spot. The first thing she did after making the sale was acquire a bright-yellow Hummer.

Q: Did you change your sales approach while you were waiting for a buyer?
A: Well, we took it off of eBay because too many people were playing around with us. And then one day I saw that West Virginia had been up for sale on eBay for about 45 minutes. So we put Cornudas on townsforsale.com.

Q: Did you do anything to fix up the place?
A: We painted the service station pumps bright colors so they looked like a Tinkertoy set sitting out there. But it was dark when Jerry came for that first visit, and he left out for Dell City early the next morning and was already telling people there he was going to buy. I think he wanted it before he’d even seen it.

Q: What will your duties be as mayor?
A: You’ll get a proclamation signed by me if you come and get married here. And I guess I’ll have to show the new people how to do up a Cornudas burger. But my main job will be to chitchat. Jerry said he’d let me keep my house for life, utilities paid, and pay me $3,000 a month, just to chitchat. He said I’d work two months on and then have a month off. He put it in the contract. Well, I had to do that.

Q: What about your dream of moving to Costa Rica?
A: It’ll still be there when I get my month off.

Does a Sierra Blanca Mountain Contain $8 Billion Worth of Rare Earth Minerals? 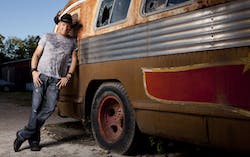 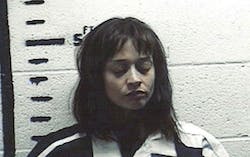 By Jason Cohen and Susan Shepard 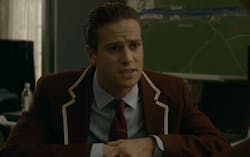