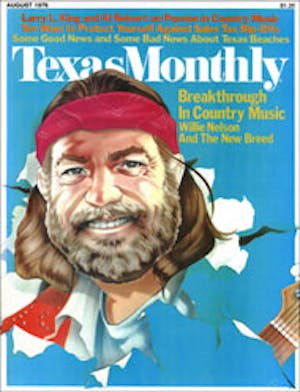 Seeing pickles or thinking about pickles or reading the world pickle…pickle, pickle, pickle…will cause most people’s mouths to water. It is an involuntary action but one which contributes to Americans voluntarily consuming 20 billion pickles every year. That means that every American, including you, eats about eight pounds of pickles annually. Evidently we have not been able to escape the legacy of Amerigo Vespucci, a pickle peddler from Seville, who lent his name to our continent.

We have, while eating so many pickles, won several wars and grown rich. Given the current state of affairs perhaps we should eat more or perhaps we should eat less. It is a question beyond my reckoning. But the kind of pickles we should eat is simple. We should eat the genuine kosher dills made by the Goldin Pickle Company of Dallas. These are the Platonic pickle, the idea form other pickles aspire towards but never equal, the finest pickles that have ever been made or will ever be mad. Even God in Heaven, the Host of Hosts, serves Goldin pickles.

The Goldin Pickle Company and, by extension, the Goldin pickle, exist today because a long tradition happened to be maintained by a happy accident. The long tradition began somewhere along the Indus River far back in antiquity, which was when and where the cucumber was first cultivated. Ancient traders carried seeds from this heavenly plant to the Tigris Valley in Mesopotamia around 2000 BC. Here pickling joined smoking and salting as a way of preserving food, and the knowledge of pickling and the lust for pickles soon spread to all people in all lands. But the inspiration, nay the genius, for making pickles did not spread evenly. Pickles made by Oklahomans, for instance, are justly treated with contempt outside that state’s borders and recent archaeological finds indicate that this true at least far back as the Bronze Age. The finest expression of pickling seems to have traveled along trade routes from Mesopotamia to Eastern Europe where, sometime in the nineteenth century, somewhere in czarist Russia, a member of the Goldin family either concocted or had the discretion to recognize the recipe that would produce the finest pickle ever.

That is the heritage. The happy accident is actually a combination of two happy accidents. The first is the Goldin family bringing the recipe when they immigrated to the United States. The second was the Goldins’ coming to Dallas and opening a meat market 58 years ago. And the third (much to my amazement, I now discover it was a combination of three happy accidents) was the Goldins’ decision to keep a barrel of pickles they made from their family recipe in front of their market. The meat company customers, being no fools, recognized immediately the treasure the barrel contained. As time went on the Goldins got an increasing number of demands for their pickles, so many, in fact, that 30 years ago Mr. Simon Goldin, along with his sister, Mrs. Mary Friedman, closed down the meat business they had built up with their father and opened the Goldin Pickle Company in a small, single-story frame building across the street from Fair Park. The Business has remained in that location to this day.

Pickles, besides making one’s mouth water, also have the effect of making people think up silly jokes, and when I pulled into the Goldin Pickle Company’s small parking lot I was filled to the brim with jokes. I had amended Mae West’s classic line to “Hello, big boy. Is that a pickle in your pocket or are you just glad to see me?” Funny, yes; but still I felt this would not be a line I could use when introducing myself to Mr. Goldin. I thought I might be able to spring a few of the gags I’d received in a package from the Pickle Packers International, Inc., an organization for “those who think pickles” that has “served the pickle industry for over half a century.” They had informed me that pickles, tired of being served with hamburgers and hot dogs, but not with chicken, had form a Pickle Liberation Movement whose members demanded to be referred as Ps. And when I noticed that the recent-model automobile in the lot, the nicest one there and obviously Mr. Goldin’s, had personalized license plates that read PICKLE, I thought I might be able to get away with some of those What’s-long-and-green-and-swims-in-the-ocean?-Moby-Pickle jokes that had me so popular in high school. But when I walked inside I wondered what had made me think jokes were going to be necessary. Mr. Goldin, a small, dapper, healthy-looking man of fully 76 years, dispelled my forced hysteria with his straightforward answers to my questions, his enthusiasm for our subject, and his quiet assurance that, while he made the best pickle ever there were things in the world more important than pickles no matter how good those pickles were. All of which is only to explain why I could hear Mr. Goldin tell me, “The genuine kosher dill is a perishable pickle,” and have that register on my brain as something mildly funny at the same time it was a useful and more or less intriguing piece of information.

Inside the Goldin Pickle Company, there are few of the large machines, conveyer belts, or stainless-steal industrial kettles that dominate the scene in most food-processing plants. Instead there is simply a high-ceilinged, dark, warehouse-like building with an uneven and pockmarked cement floor. On one side stand a row of large coolers with heavy stainless-steel doors. On the other is an office, and a short way from it, a small clean room with the modicum of bottling machinery the Goldin Company needs. The first point that Mr. Goldin stressed as we began our tour was that the genuine kosher dill was made by an entirely different process from any other pickle. The first thing I learned was how any other pickle was made.

Common, ordinary pickles, whether sweet or sour, are all cured; that is, they are placed in large vats of salt brine and allowed to ferment. Bacteria in the brine convert the natural sugar in the cucumbers to lactic acid, acetic acid, ethyl alcohol, carbon dioxide, and various sugars. The Goldin Pickle Company has 27 vats for making ordinary pickles; these vats stand in a long, narrow, fenced-in lot behind the main building. They are huge, round wood tubs with wooden catwalks around them.  The walks and the vats are as weathered and old looking as the hulls of ancient wooden ships in an abandoned port. Inside the vats thousands of cucumbers float in brine, looking, unfortunately, more like food that has already passed through the body than food in preparation for eating. The cucumbers can remain in these vats more or less indefinitely.

After curing, the cumbers are soaked in fresh water for a day to draw the salt out, and cooked in hot but not boiling water for another day. Then they are put in a mild vinegar solution, again in large wooden vats which are kept in a row of sheds beside the curing vats in the back. Here they remain until they can be packed with the various herbs and spices required to make them sweet, sour, dill or whatever.

Genuine kosher dills are made by a process that is at once simpler and more subtle. The cucumbers that become genuine kosher dills are never rudely relegated to soaking in vats at the mercy of salt brine and the elements. In fact, considering the transcendent experiences produced by eating Goldin’s genuine kosher dills, I was amazed to discover that the only equipment needed to make them on a commercial basis, with the exception of a few barrels and plastic bags for storage, was a short stainless-steel machine, somewhat over six feet long, that would fit easily in an ordinary garage. The cucumbers are loaded in at one end where a group of automatic brushes was them off. After the brushes have done their work, the cucumbers pass onto a short conveyer belt which has rows of needlepoints. The belt shakes the cucumbers, loosening any remaining dirt as well as causing innumerable small pin pricks in the cucumber’s skin. At the end of the conveyer belt, the pickles drop into cardboard barrels line with plastic bags. The bags contain the vinegar and spice solution that seeps into the cucumber and transforms it into a pickle. The pin pricks help the spices permeate the cucumber. When the barrels are filled, they are sealed and placed in cold storage. That’s it. That is the modest process by which the greatest pickle in the history of the world is made.

“What spices,” I asked Mr. Goldin, “are the genuine kosher dills pickled in?”

A brief and sphinx-like smile played across his face. “Our recipe is secret,” he said.

“Well, dill,” I said, pressing the matter. “I suppose there has to be dill.”

“Yes, there is dill,” he said. But then the smile returned and I could learn nothing more.

Mr. Goldin supplies his pickles to certain grocery stores in Dallas and to a wide variety of restaurants, barbecue stands, hamburger joints, and delicatessens. One of his most famous customers is the San Jacinto Inn outside Houston. Although he used to have a group of salesmen, Mr. Goldin no longer employs a single one. Her serves his old accounts and will take new ones if they approach him, but he is, in general, not soliciting new business. At 76, it is time for him to maintain old habits, not develop new ones. “I don’t know what’s going to happen to the company in the long run,” he told me. He has no children or close relatives who want to take the business over and, though he would be willing to sell, no one from the outside has so far seemed very interested. As things stand now, Mr. Goldin’s retirement would mean the end o the perfect pickle.

I commented then, hoping it sounded as sincere as I meant it to, on how healthy and vigorous Mr. Goldin, who had just led me on an energetic tour of his plant, seemed to be. “Yes,” he said, “I guess I’ve been pickled along with the pickles.”

I chortled politely, if chortling is something one can do politely. We were back to jokes again and, suppressing my urge to release my salvo of surefire laughs, I took that as my signal to leave. I did, however, notice an interesting bumper sticker on the way home: “When pickles are outlawed, only outlaws will have pickles.” And I decided, unless the pickles were Goldin genuine kosher dills, to let the outlaws have them.