It hit me the other day like a medicine ball right in the stomach. We were packing for a vacation to the coast, and my six-year-old daughter (soon to be sixteen) was trying on a new swimsuit I had purchased for her. It didn’t fit right, but I could tell she liked the black one-piece with neon-colored peace signs all over it. (A budding artist, she draws them everywhere.) She pranced into the living room to show her dad. He shook his head no, and that was that. She didn’t make much of a fuss, which lead me to believe that she hadn’t really like the thing after all. Later my husband told me that our daughter’s stomach was sticking out, much like a beach ball. “Of course it is,” I retorted, feeling a bit defensive. “She’s six.” I explained to him that she didn’t need to be bothered with holding in her stomach at her age. I was right. He agreed.

But his comment got me thinking about when I began to be conscious of my own belly. It must have been the summer of 1981 (actually, it may have been earlier). One of my sister’s best friends had come home from her freshman year at the University of Texas at Austin, and while we were swimming at the beach one day, she told my good friend and me that we should always hold in our stomachs. Always. Even when we were sleeping. “How could we do that?” we wondered. But we did. We admired that older girl (we were in junior high)—and how she looked. So we practiced. We reminded one another. We asked each other. We thought about it all the time. And, finally, it became automatic, like chewing with your mouth closed.

Back then, young girls weren’t watching Hannah Montana every day. Sure, we picked up an occasional Tiger Beat, but that was about it. We weren’t so conscious about the way we looked. Not that my daughter is, but I’ve seen her primping in front of the mirror and just yesterday she turned one of her sundresses backward so that it would be strapless. After a few twirls, she asked me if I thought that kind of dress would get her a date to the prom when she was older. I explained to her that dresses weren’t the reason why girls got asked to the prom. Sure we like to look nice, but it’s what’s on the inside that makes a person beautiful. She smiled and said she knew that.

As my daughter gets older and becomes more aware of herself—the way she acts and how she looks—it is becoming increasingly difficult to always say and do the right thing, to send a positive message. All through high school and college and for a decade or more afterward, I had had the good fortune to not have to worry about my belly. I’d been holding my stomach in for so many years that I’m convinced those muscles just knew what to do. I didn’t even think about it. I remember helping my college roommate get dressed for a Christmas formal and telling her to suck in her gut so I could zip her up. “I am,” was her discouraged response. But I couldn’t see any movement. Did she not know how? Wasn’t she trying? Now I understand her frustration. Fast-forward a few years and two children. Gravity is not my friend. Nor are low waistline jeans. Those stomach muscles got lax. There was a period right after childbirth when I didn’t really care how I looked. I was too exhausted to count calories and just didn’t have the energy to worry about it. But I’ve finally gotten to the point now that I’m tired of feeling and looking like, well, you know.

I’m obsessed with my muffin top. I pick up every magazine in the check-out line that has something to do with abs—and how to make them flat. A few cover lines that have caught my attention: “Fab Abs! Try Our Flat-Belly Workout” and “Bye-Bye Belly Bulge! 3 moves that get results in just TWO WEEKS.” I’ve stolen our nanny’s library book titled “The Abs Diet: The Six-Week Plan to Flatten Your Stomach and Keep You Lean for Life.” (I’m certain I owe her money for overdue fees.) I’ve started eating oatmeal every morning for breakfast (I confess that I sneak a spoonful of sugar in with them) and yogurt for an afternoon snack. I skipped the buttery biscuits with preserves the other Sunday morning and instead had two pieces of peanut butter toast (on honey wheat bread; we were out of multigrain). I’ve started jogging (my mother, a retired track coach, is still in shock)—even on the days I have Jazzercise at six in the morning.

All this so I can get rid of the jiggle. I wonder if those magazines on the racks don’t have more to do with my mania than I think. No one can go to the grocery store these days (including my daughter) without seeing fifteen anorexic twentysomethings posing in bright-colored bikinis blasted on just about every women’s title. And now that I’ve got a beginning reader, things have gotten worse. She sees those very words that grabbed my attention—“diet” and “flat tummy.” What message is she getting?

My job as her mother is to make sure that I don’t send her down the wrong path. As I work hard to get back into shape (believe me, I’ve come to realize that I’ll never look like I did when I was 25—and that’s okay), I stress that the important thing for everyone is to be healthy. We should eat foods that are good for us to make our bodies strong so that we can run faster and play harder. Just as we exercise our brains, we need to exercise our bodies. I explain that adults spend time “going to the gym” or “going for a walk” to get their bodies moving because many of them spend most of their day sitting in uncomfortable chairs in front of computer screens. Kids, on the other hand, exercise all day long and don’t even know it—they’re constantly on the go. We also spend time as a family doing physical activities together such as riding bikes, swimming, walking, and playing tennis. My daughter and I even do yoga exercises together on the weekends. (When she was four she told me she wanted to do yoga every day for the rest of her life.) I avoid saying the word “diet” like the plague. I try to be careful about what I eat and what I do because I know she is watching me. She’s listening. She’s taking it all in and digesting it, much like a plate full of chicken and dumplings.

On our vacation, I made it a point to be active at the beach—we swam, built thirty or so castles, and played paddle ball. When she pulled out a mat that my mother had given her and tried to start sunbathing, I promptly suggested she use it to sit on while digging in the sand. We wore our hats, our tankinis (she’s too little to have her beach ball stomach showing and I’m too self-conscious to bare mine), and an abundance of sunscreen. In the afternoons we would get a small cone of gelato (her favorite is mango). Eating sweets in moderation is okay, isn’t it? I swear I didn’t have one every day. One night we got dressed up and went to a fancy ball. We both put on sundresses—mine black and hers white with pastel seashells—and high heels and a little touch of blush and lip gloss. (But not too much because then we wouldn’t be able to see our faces and too much makeup is not pretty.) As we walked up the stairs with our dates, two super-soft stuffed animals, I reminded her to hold her shoulders back, suck in her stomach, and smile. She said, “You too, Mom.” And I did. 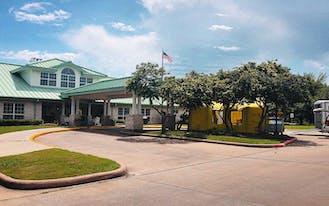 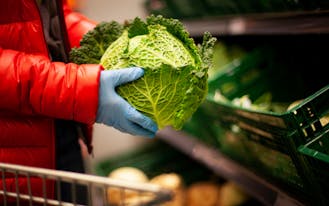