We imagine that a lot of people visit Texas for the barbecue, the music, and the chance to see a real-life cowboy. But they also flock to the state to look at our birds, since more than half the species in the United States either live here or pass through. The best birdwatching in the country is in the Rio Grande Valley, where patient folks can check off their list some fifty kinds they won’t find elsewhere—though by far the most common sight of the South Texas winter is Personus oldus, usually in pairs and easily recognized by their matching ball caps and Michigan plates.

P. oldus can often be found basking at the Kingfisher Overlook or the Kiskadee Blind at Bentsen–Rio Grande Valley State Park, the headquarters of the loftily titled World Birding Center, which is actually nine small sites scattered from Roma, in Starr County, to South Padre Island. Bentsen–Rio Grande, which sprawls across 760 acres along the river in Mission, is the top draw in this avian archipelago. Farming and development have done away with most of the woodland that used to line the river, so the dense subtropical forest in this park is a pleasant surprise. As are the colorful birds; seated next to a taciturn South Dakotan, I watched orange Altamira orioles and green jays squabbling over a feeder only a few feet away. In spring and fall, migrating broad-winged hawks fill the sky over an observation tower. One minor dis­appointment: The two-mile Rio Grande Trail leading to a deck with views of Mexico was closed due to flooding.

Your next stop is thirty miles to the east, in Weslaco, where the TPWD has built the largest wetlands environment of the center. Head over to Estero Llano Grande, where you can watch up to seventy species of shorebirds preening or wander the short trails for a closer look at roseate spoonbills and white-faced ibis. This small park is especially good for beginning birders, since the covered deck attached to the visitors center is equipped with binoculars and directly overlooks the largest pond. The flat trails are perfect for a gentle stroll through the different habitats.

In Brownsville, at Resaca de la Palma, you’ll find the largest, and wildest, parcel of land in the system. Here, thick brush hides the oxbow lakes that the Rio Grande has left behind, providing habitat for both branch and bayou dwellers. But despite the name, there is none of the palm forest that used to cover the riverbanks for miles. The Sabal Palm Sanctuary (tx.audubon.org/sabal.html), a private park cut off from the highway by the border fence, has one of the last remaining stands, and a walk through these green frondy giants is now a trip through time. Of the more than eighty recognized birdwatching sites in the Valley, from urban ponds to the vast Santa Ana National Wildlife Refuge, these five hundred acres are, to me, the most precious.

TRIP TO TOWN: With fourteen locations in the Valley, finding an El Pato (elpatomexicanfood.com), the local chain that is famous for its breakfast tacos, is as easy as spotting a buff-bellied hummingbird. And there’s nothing like a carne guisada and avocado taco to get you ready for a day of birding. 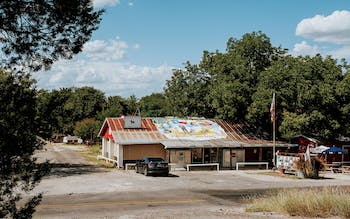 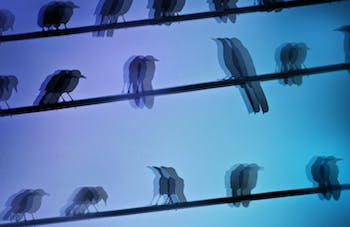 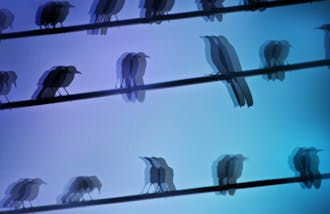 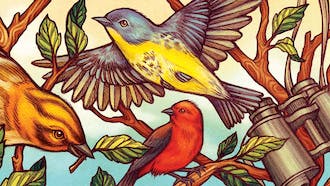 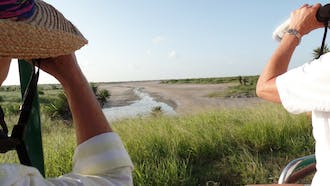