It’s that time of year again. A time for reflection and a time to celebrate of some Texas Monthly‘s best writing in 2018. From one writer’s reflection on his boyhood and the wisdom imparted to him—personally—by rock legend Steve Miller; to an indelible profile of the Jackie Robinson of rodeo, Myrtis Dightman; to a years-in-the-reporting story about false accusations in one of Texas’s most headline-grabbing crimes, there’s a wealth of great storytelling to dig into below. The following are presented in no particular order:

The Astronaut Who Might Actually Get Us to Mars
The improbable journey of Franklin Chang Díaz, who immigrated to the U.S. at eighteen, became an astronaut, tied the record for most spaceflights, and now might hold the key to deep space travel. 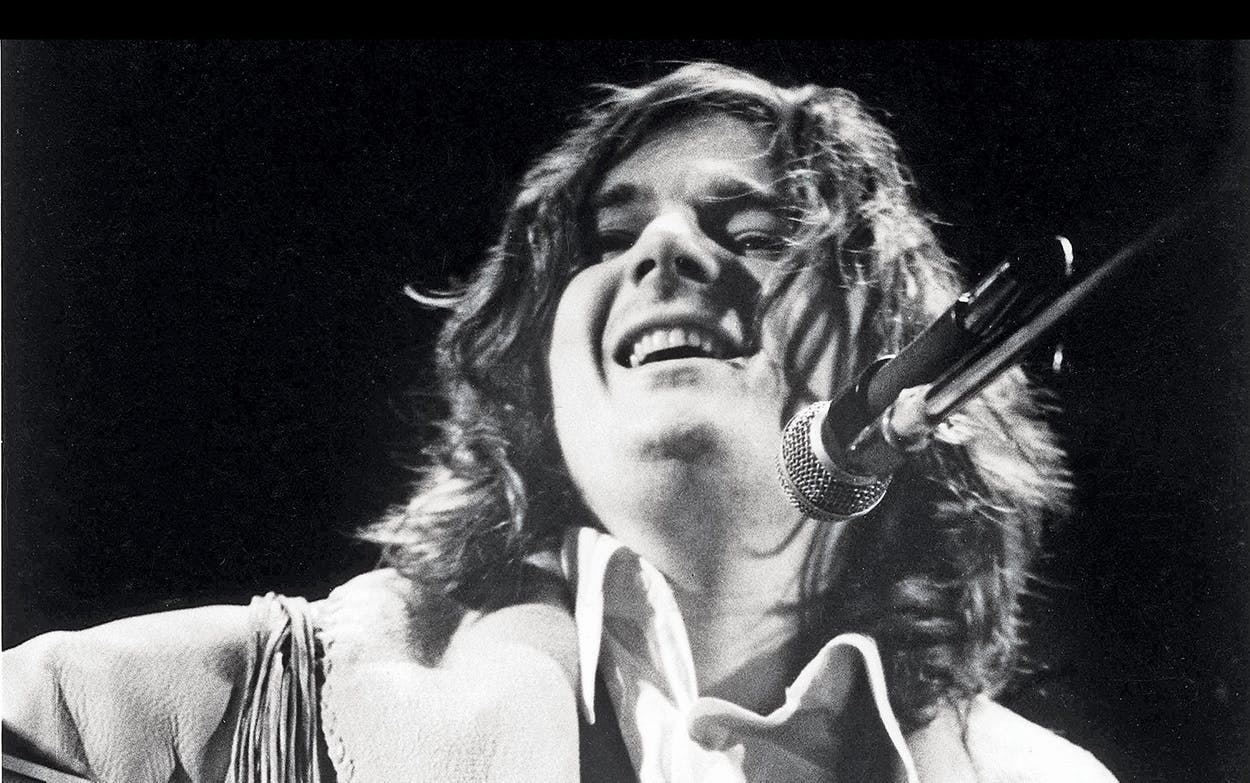 Growing Up With Steve Miller
Eleven years ago, the man who topped the charts with ‘The Joker’ and ‘Rock’n Me’ took a thirteen-year-old guitarist and would-be songwriter under his wing. More than a decade later, he’s still teaching me lessons on how to be an adult. 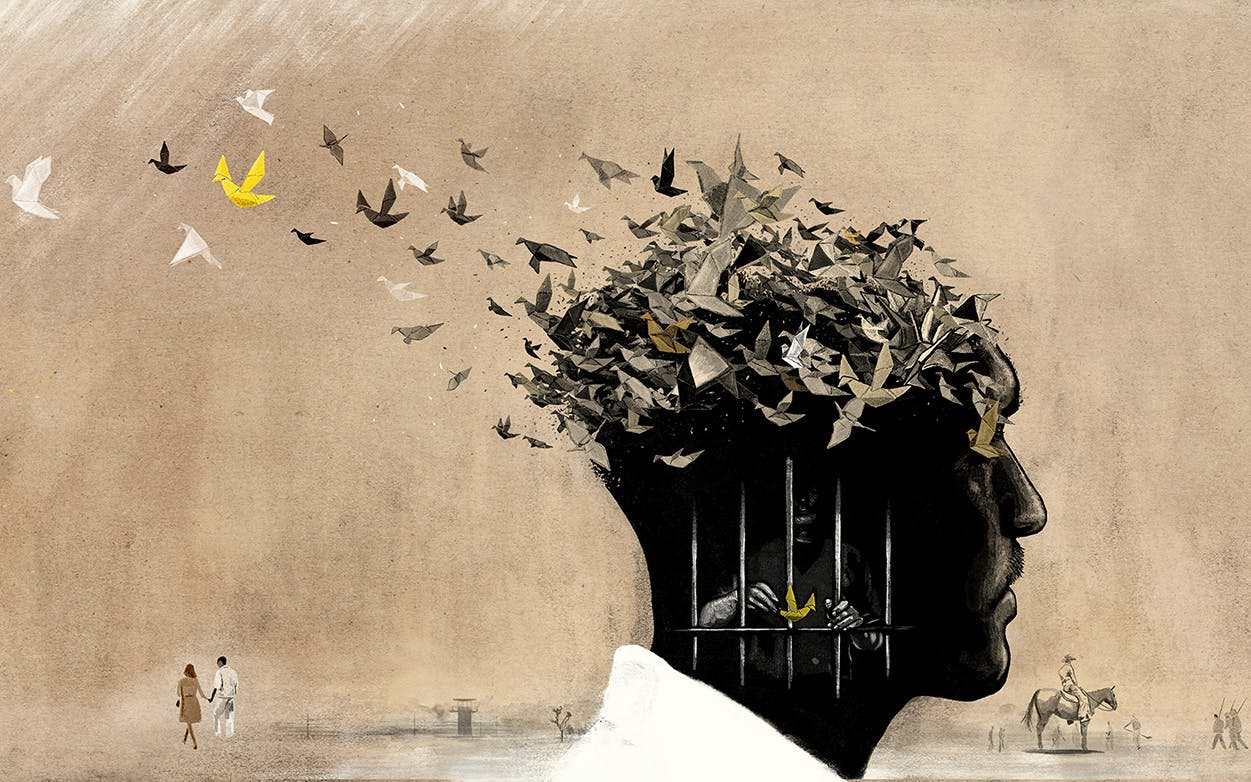 The Love Story That Upended the Texas Prison System
In 1967, a 56-year-old lawyer met a young inmate with a brilliant mind and horrifying stories about life inside. Their complicated alliance—and even more complicated romance—would shed light on a nationwide scandal, disrupt a system of abuse and virtual slavery across the state, and change incarceration in Texas forever. 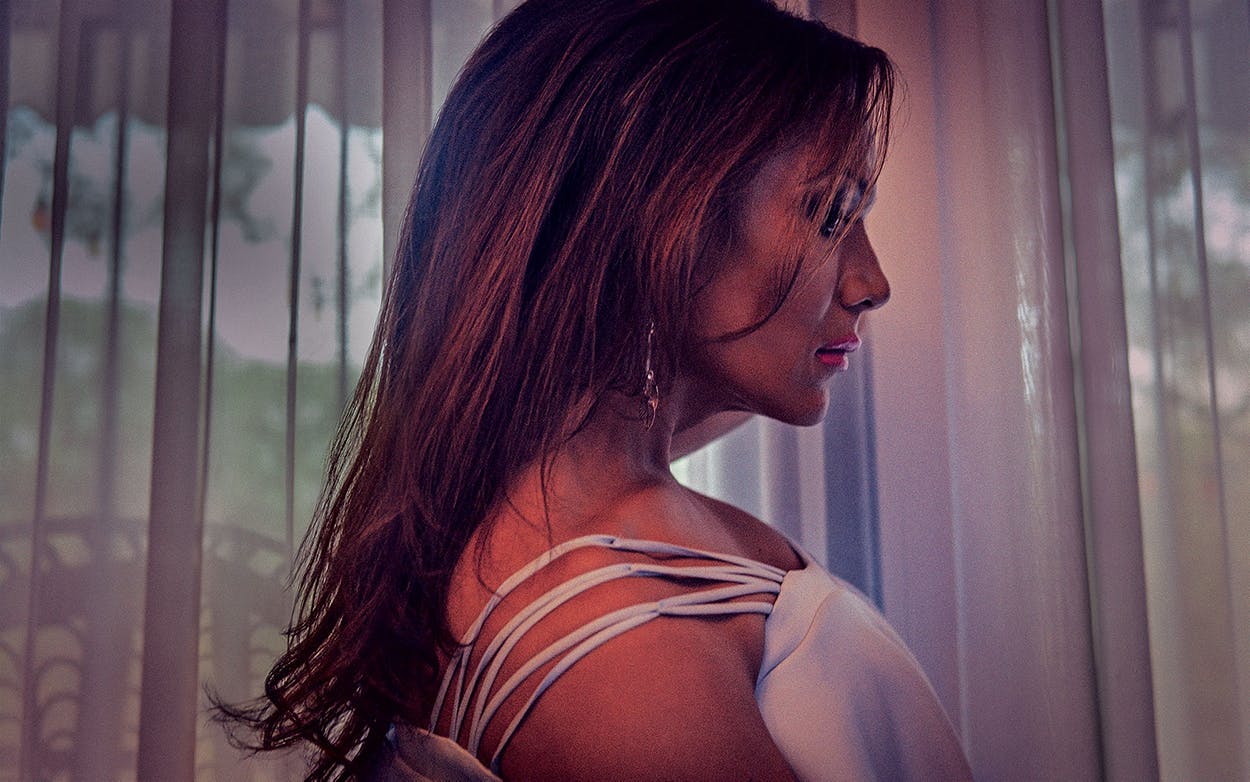 Can a Transgender Woman Get Justice in Texas?
After Aliah Hernandez was brutally beaten in a New Braunfels motel room, her attacker walked away free. 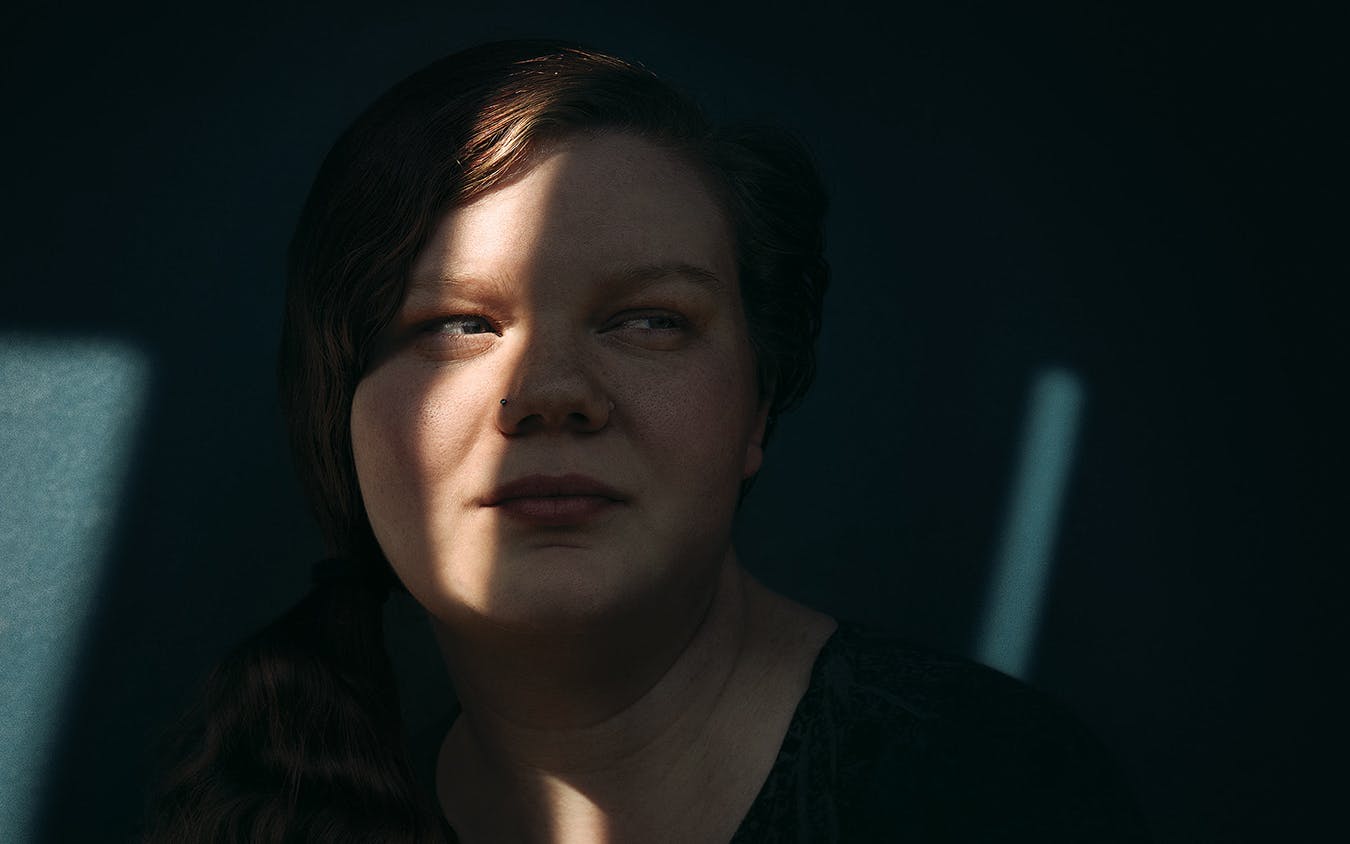 The Girl Who Told the Truth
A decade ago, Gabby Sones accused her parents and five others of running the most depraved child sex ring in Texas history. Now she’s ready to clear their names. 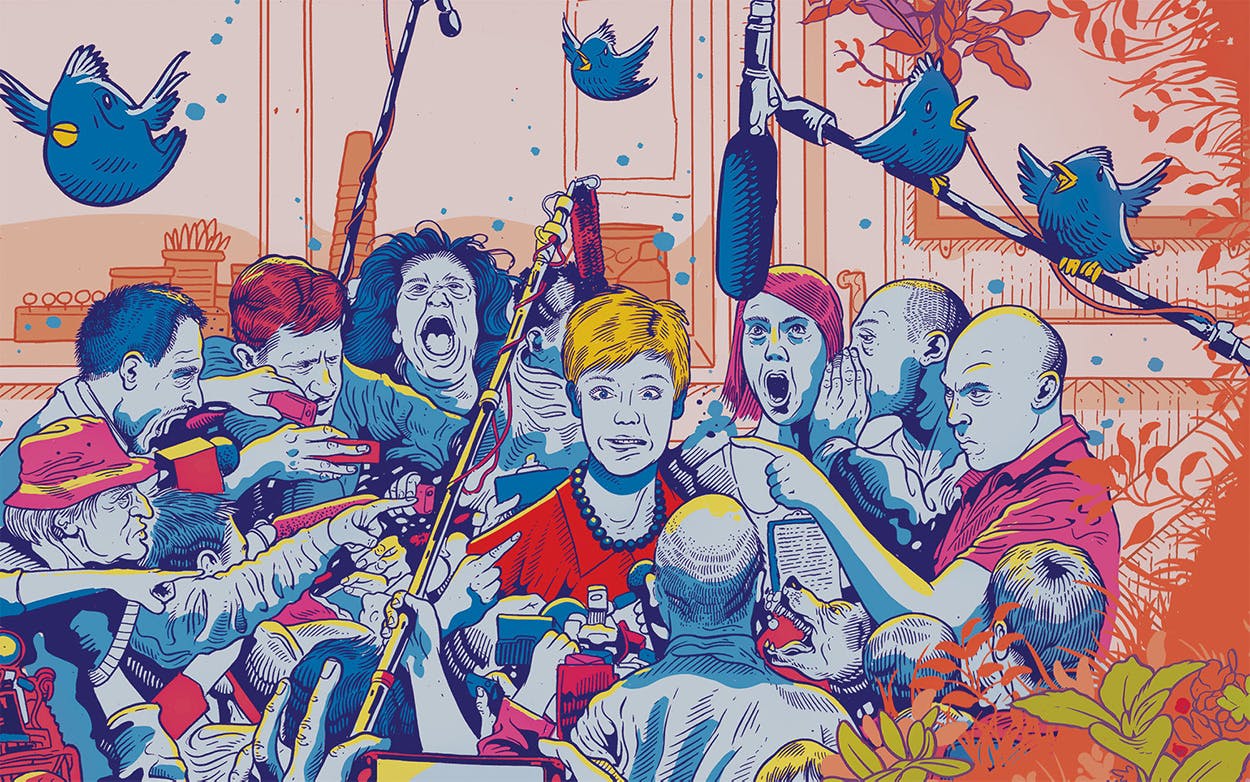 How Houston Lost Its Mind Over a Trump Shirt
Outside a cookie shop in one of Houston’s most idyllic neighborhoods, a West University Place council member spied Trump’s name on a teenager’s shirt and yelled a few of the president’s worst words at her. Then the internet found out. It’s springtime in the age of hysteria. 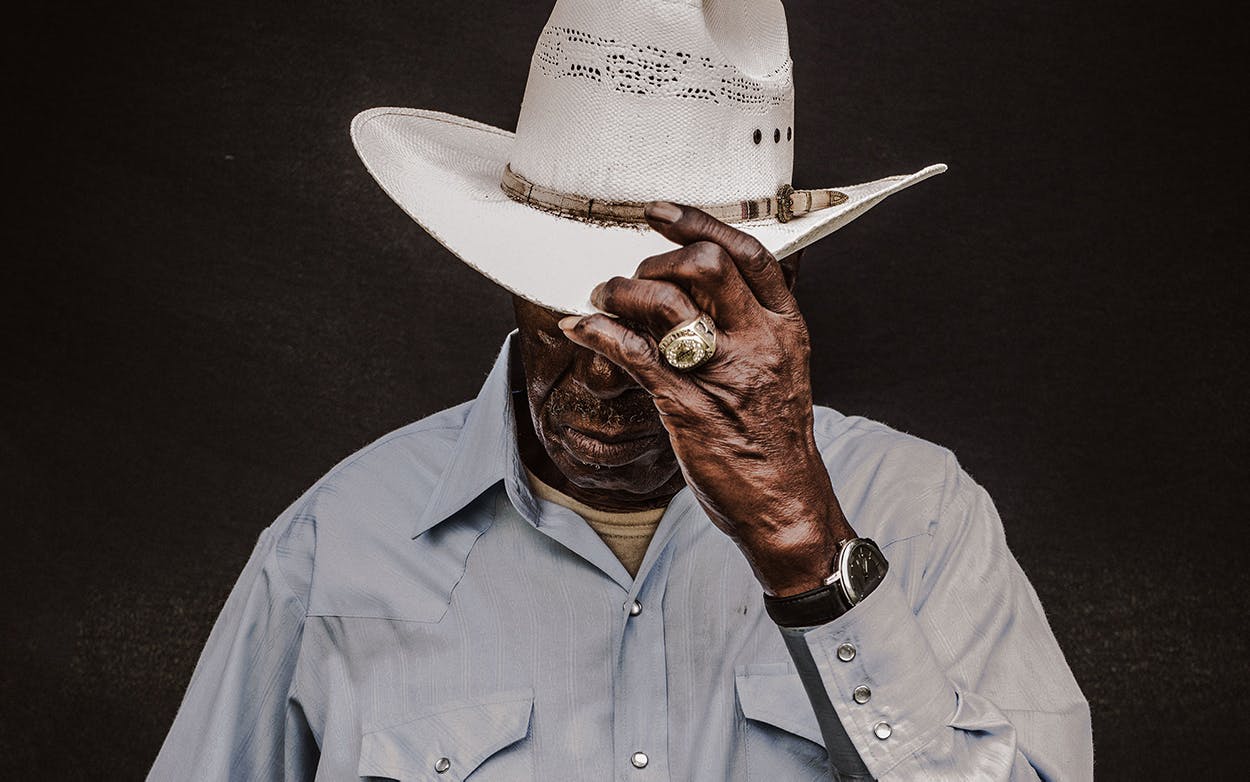 The Jackie Robinson of Rodeo
Five decades ago, Myrtis Dightman broke the color barrier in professional rodeo and became one of the best bull riders who ever lived. But his imprint on the sport was only just beginning. 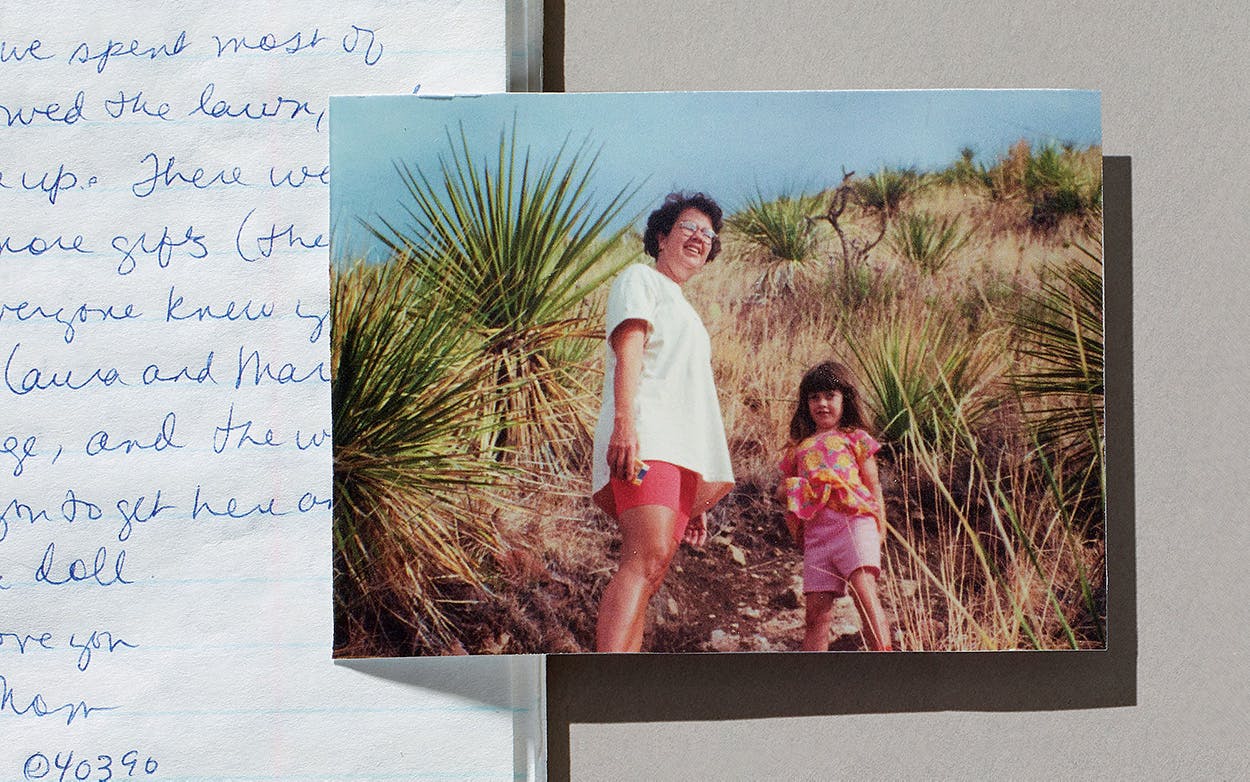 Mom, in Touch
My mom’s handwritten notes were an abiding feature of my childhood. They offered wisdom, encouragement, and comfort—and they continued to arrive long after her death. 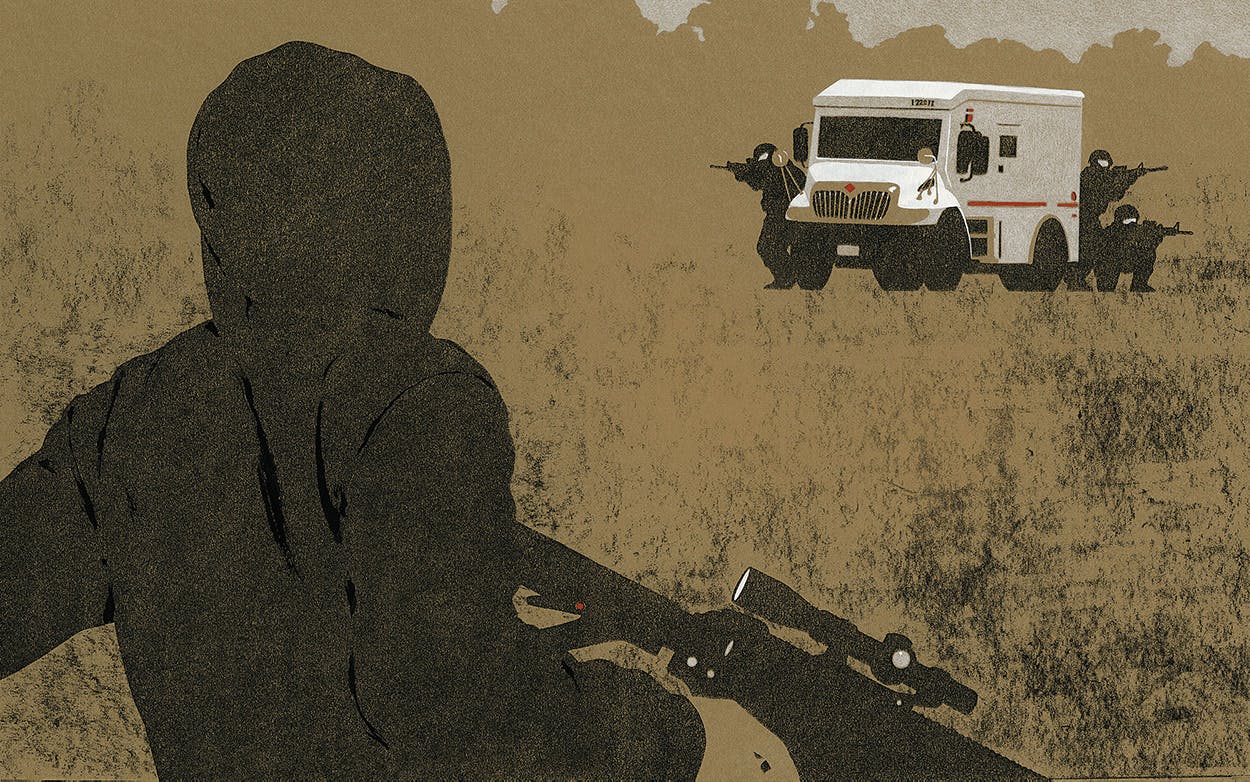 The Doting Boyfriend Who Robbed Armored Cars
Beginning in 2015, Houston was plagued by a series of brutal armored car robberies that bewildered FBI agents for nearly two years. To finally bring down the unassuming mastermind behind it all, the agents had to stage an elaborate trap—and catch him in the act

Notes on Life, Death, and Family From a Hill Country Deer Blind
“We both watch the blood and steam spill out into the winter air. At this point, it is not unusual for at least one of us to cry.” 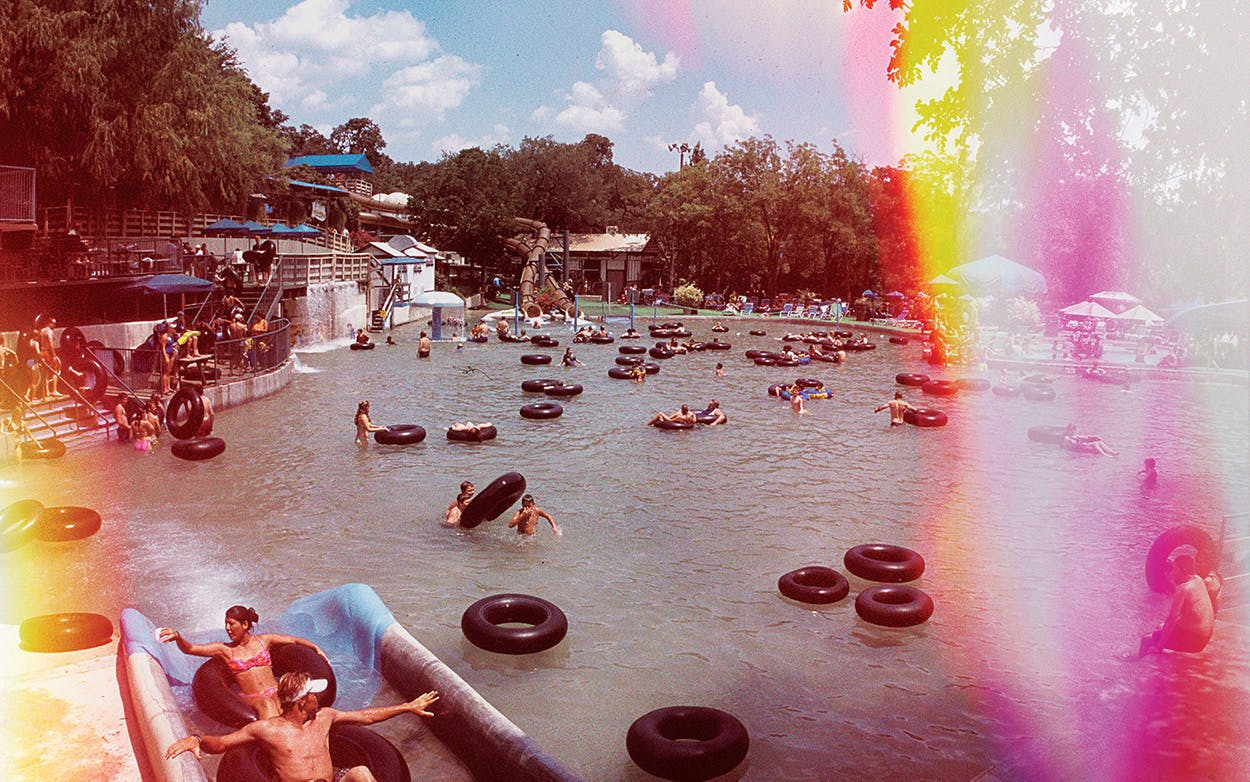 Schlitterbahn’s Tragic Slide
Jeff Henry often said that his goal in life was to make customers of his family’s legendary water parks happy—“to put a smile on their faces, to give them a thrill or two.” It was a beautiful vision. Until it went horribly wrong. 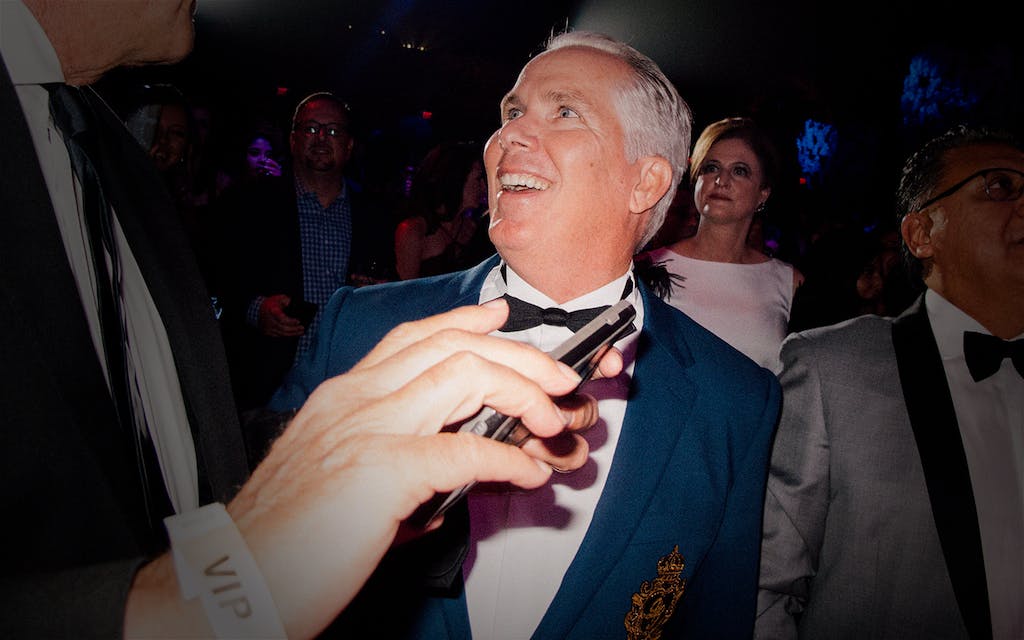 Meet the Flamboyant, Fame-Seeking Heavyweight Champ of Texas Personal-Injury Law
Is Thomas J. Henry an unrepentant huckster, or is he a righteous warrior for the little guy? Can he be both?

War of Words: Meet the Texan Trolling for Putin
In 2014, Russell Bonner Bentley was a middle-aged arborist living in Austin. Now he’s a local celebrity in a war-torn region of Ukraine—and a foot soldier in Russia’s information war.

The High-Stakes Race to Create the World’s First Artificial Heart
World-famous Houston surgeon Bud Frazier spent decades developing a revolutionary device that could save millions of lives. In this exclusive excerpt from Ticker: The Quest to Create an Artificial Heart, he attempts to implant it in a human for the first time. 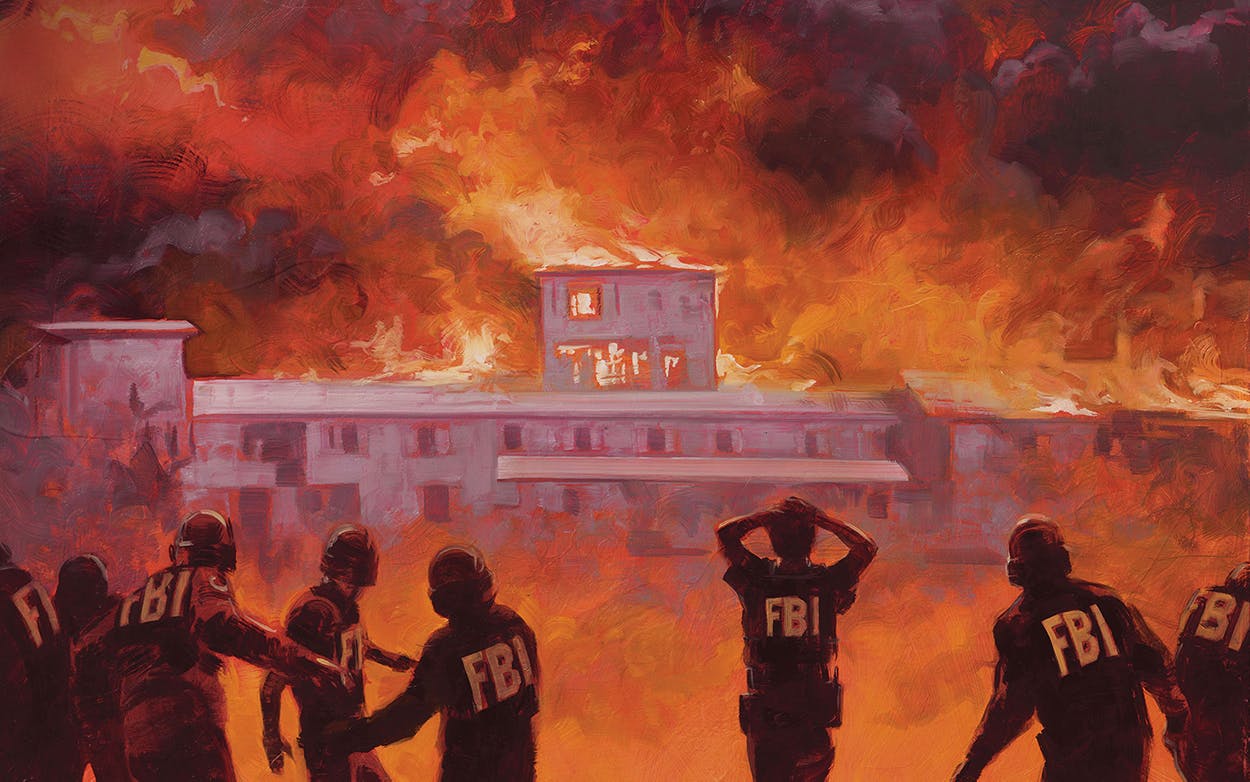 The FBI Agent Who Can’t Stop Thinking About Waco
A quarter century after 82 Branch Davidians and 4 federal officers were killed, Byron Sage is still arguing about what happened. 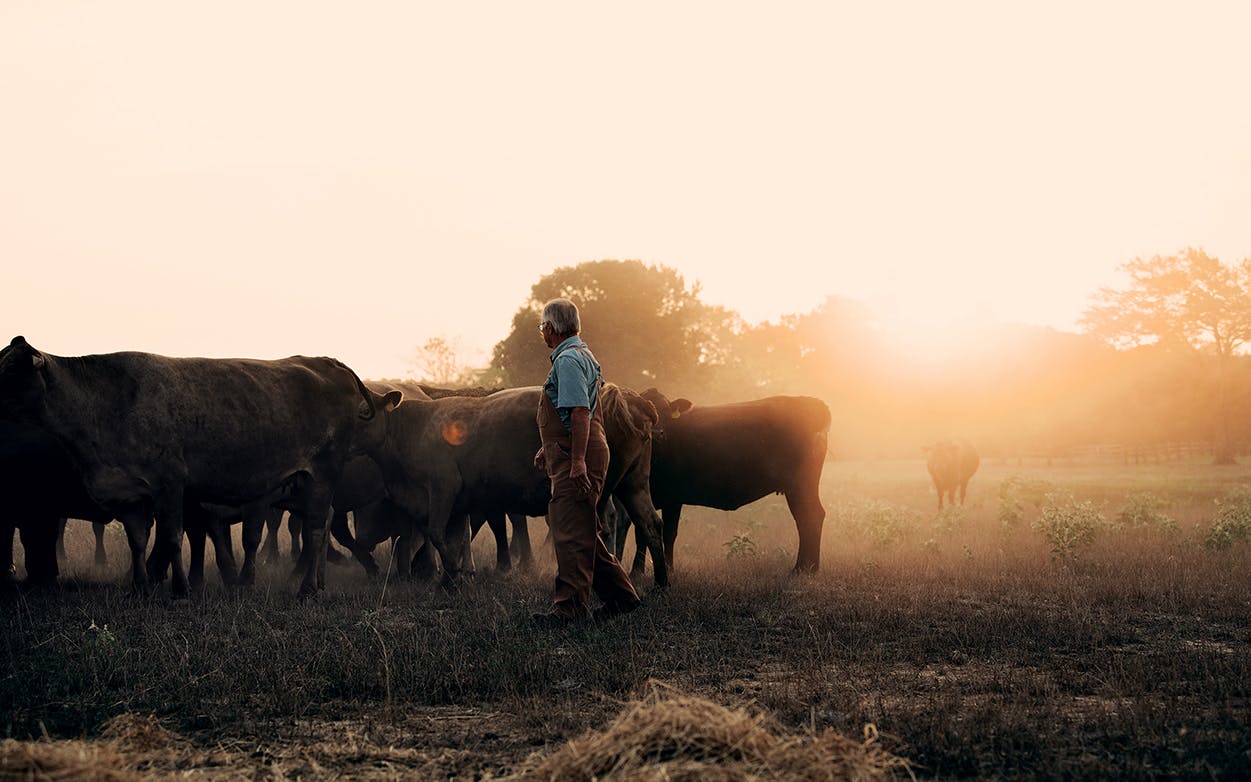 Who’s Killing Buck Birdsong’s Cows?
Life on the ranch was hard enough already and full of uncertainty. Then a string of dead calves turned up, and everything pointed to murder. But why? And how? A Longview mystery.

What We Lost in Austin Bombing Victim Draylen Mason
He was a highlight of Austin’s creative community and, in death, a spotlight on the city’s problems with race. 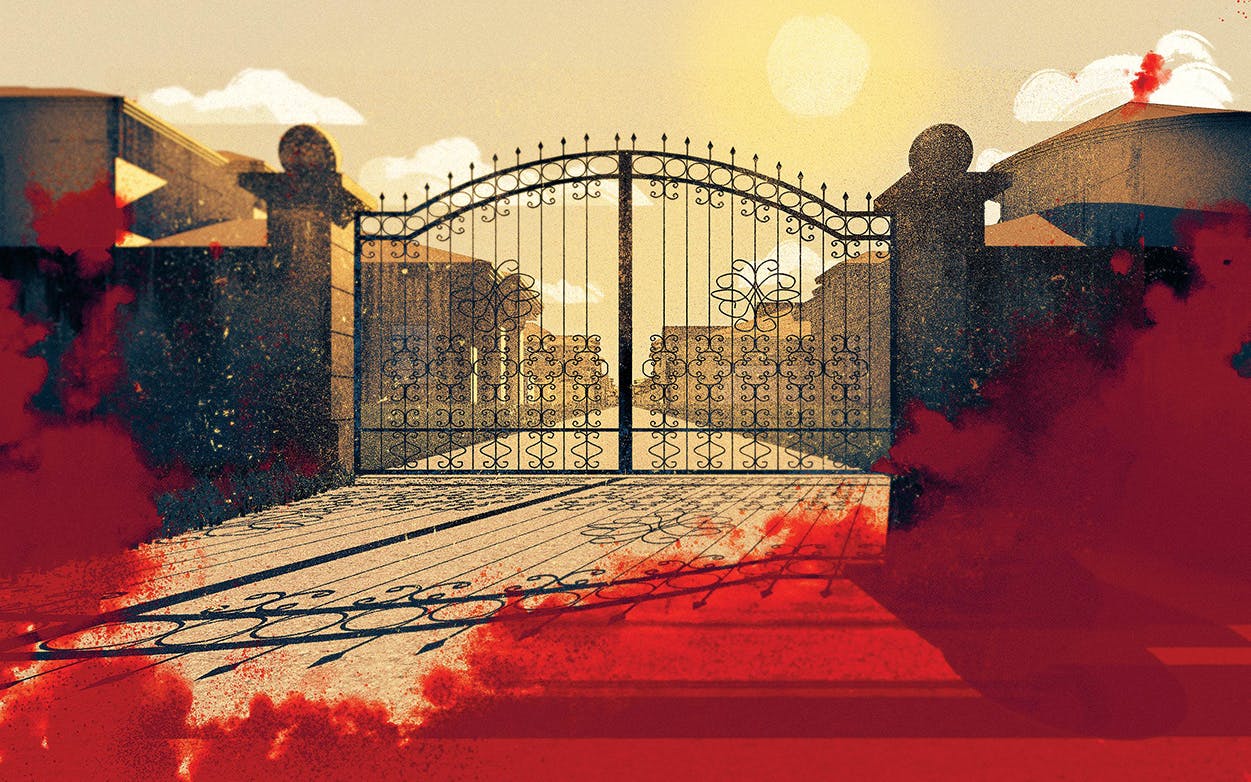 The Cartel Next Door
How prosecutors tied a brazen murder in an upscale Dallas suburb to one of Mexico’s most violent criminal organizations. 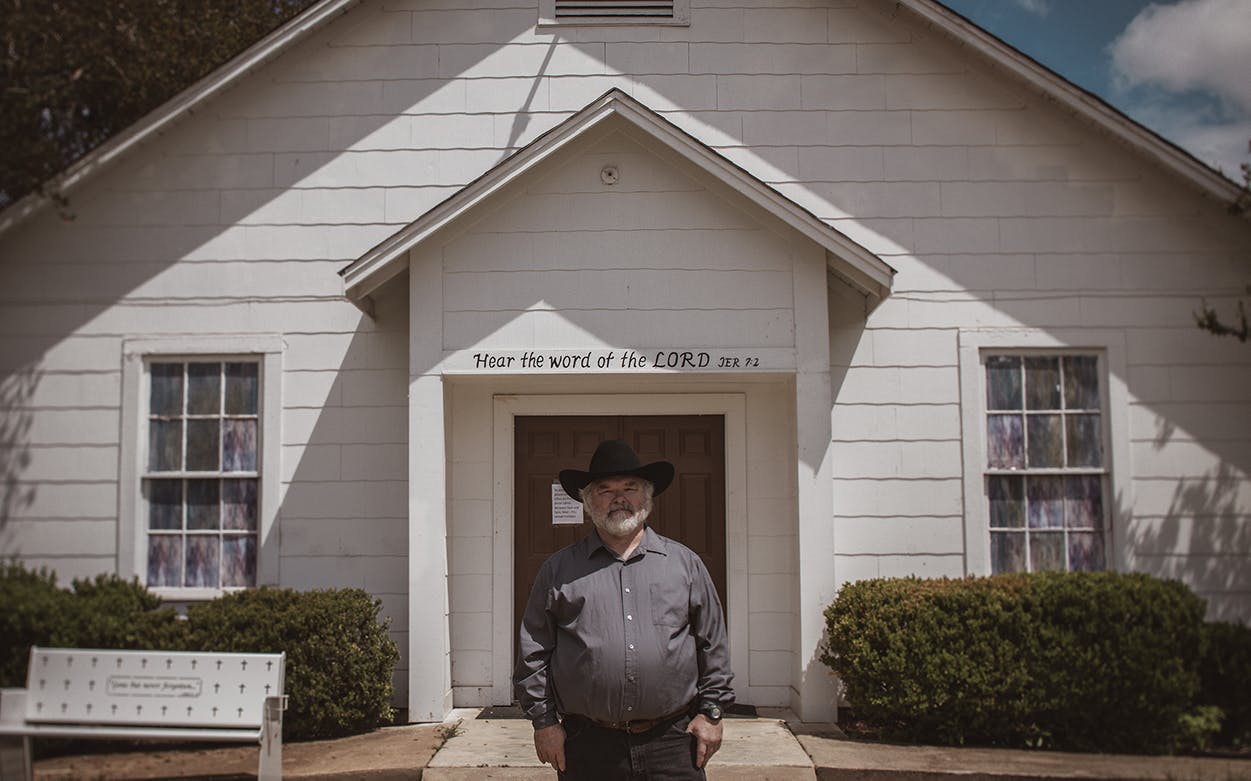 The Hero of the Sutherland Springs Shooting Is Still Reckoning with What Happened that Day
A year in the life of Stephen Willeford, who disrupted the mass murder in his small town’s First Baptist Church and became known as the ultimate good guy with a gun. 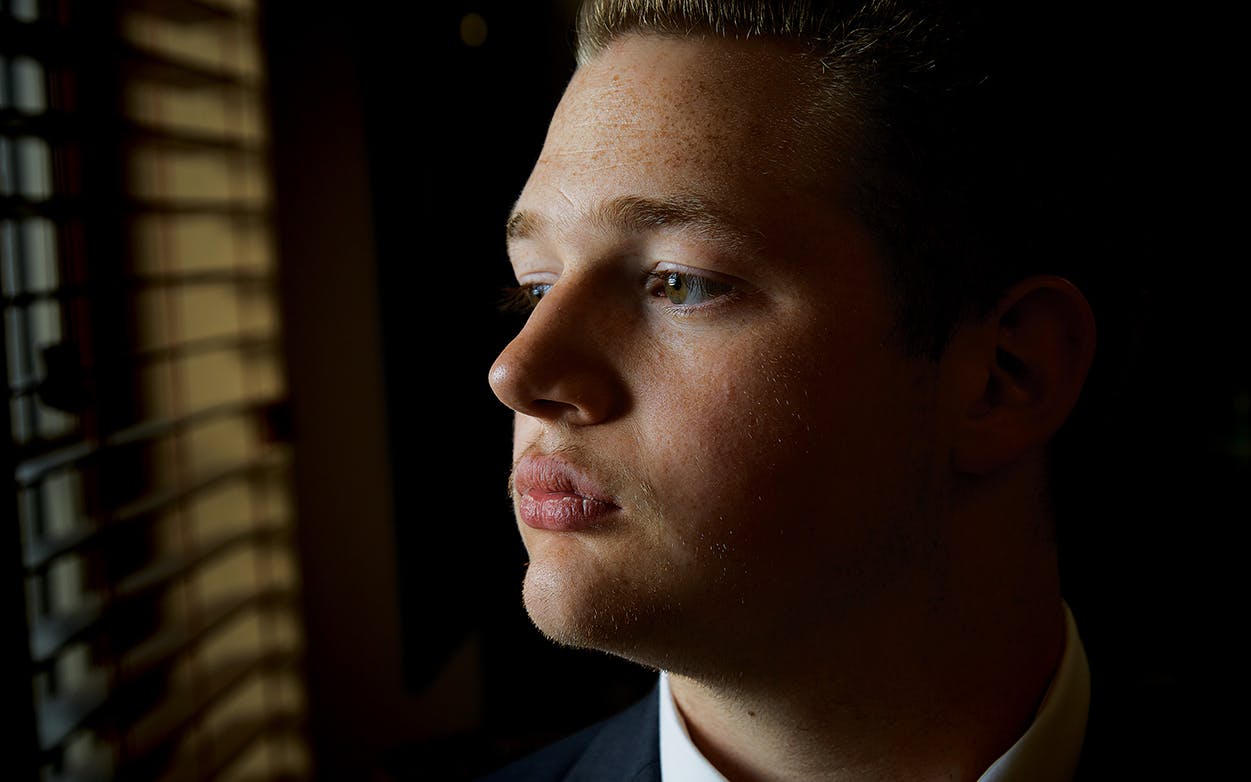 Catfishing and Conspiracy in Groves
A young city councilman’s Grindr photos were leaked, and he now faces a recall election. Was there a conspiracy to oust him, and did it come from inside City Hall? 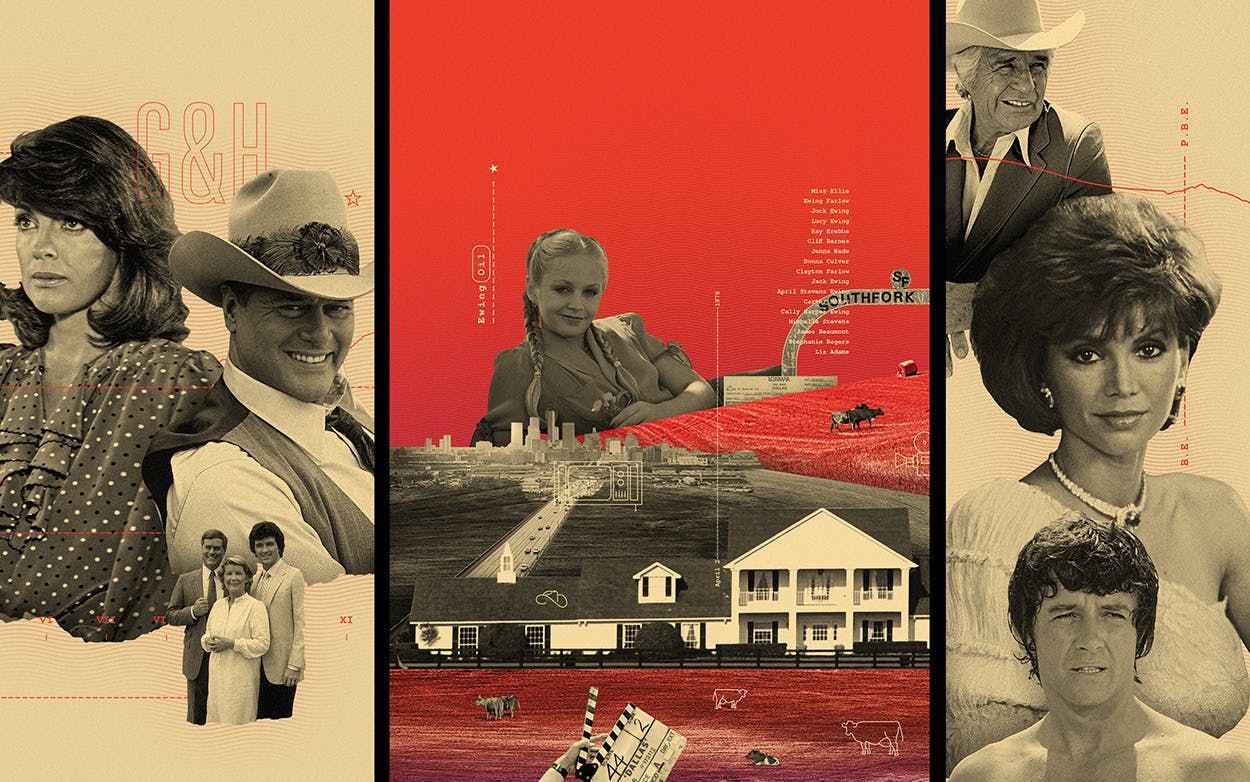 ‘Dallas’ at 40: The Inside Story Behind the Show That Changed Texas Forever
How the trashiest, campiest show on television revolutionized pop culture, rebooted Texas’s reputation, and helped bring down the Romanian government. (Maybe!)

Does Beto O’Rourke Stand a Chance Against Ted Cruz?
The El Paso congressman is waging a long-shot campaign to prove a Democrat can win in Texas.