High above downtown Houston, a double helix sculpted out of stainless steel looms over Identigene’s reception area, a salmon-colored room where you wait to discover what secrets may lie in your genes. Except for the occasional far-off wail of an infant, there are no diversions here: no background music, no pile of well-thumbed magazines. Instead, you’re left to gaze at the furled strands of DNA, the blueprint for human life—and, as it turns out, phenomenal business success.

Founded five and a half years ago by 32-year-old Caroline Caskey, Identigene has risen to the top of its sector of the biotech industry on the strength of three words: “Who’s the father?” That simple if indelicate question—which appears on billboards strategically placed alongside the nation’s highways, as larger-than-life sperm swarm around the company’s bold-faced 800 number—has tapped into a previously unknown wealth of suspicions and doubts. It elicits upwards of four hundred calls a day, from suspicious husbands who believe one of their children may have been fathered by another man to rape victims who need to determine if the child they are carrying is the offspring of the man who assaulted them; from adoptive parents who want to ensure that the man who signed away his parental rights is their baby’s biological father to adopted children who simply want to know the identity of their birth parents. In 1998 Identigene’s Houston headquarters served eight thousand such clients in person or by mail, a number expected to double this year. (The company also has licensed representatives in Japan, Korea, and Brazil and plans to expand into England, Germany, the Czech Republic, Australia, and Mexico.) Some of those clients were celebrities, Caskey says, refusing to name names, and the rest tended to be upscale enough that the fee of $475 was not a deterrent. “We’re finding that the majority are middle- to upper-income families and affluent singles,” she explains.

Why has Identigene made such hay from DNA? The answer has less to do with a shift in public mores than with the public’s newfound acceptance of genetic testing as a fact of life; consider a certain White House intern who knew the importance of preserving a certain stain on her blue Gap dress. The company has been perfectly in sync with the times since 1995, two years after its founding, when the O. J. Simpson trial put DNA on the front page of newspapers across America. In the years since, paternity cases involving everyone from Bill Cosby to Yves Montand to Dallas Cowboys offensive lineman Erik Williams have kept the subject in the news, as have recent revelations about as unlikely a figure as Thomas Jefferson, who, it was confirmed last fall, fathered several children with one of his slaves. When a story breaks, Caskey springs into action; last August, when she read about Rebecca Chittum and Callie Conley, two Virginia infants who were accidentally switched at birth, she immediately designed a nationwide program that will prevent further mix-ups by testing both the mother’s and the newborn’s DNA.

A self-possessed, striking blonde raised on the west side of Houston, Caskey came up with the idea for her company in 1992, when she was a second-year MBA student at Rice University. By then she had abandoned less marketable passions—as an undergraduate at Duke University in North Carolina, she had majored in French literature—in favor of entrepreneurship, and the time was ripe for developing services based upon emerging DNA technology. Paternity testing itself was hardly new. Doctors had been performing the largely inconclusive practice of comparing family members’ blood types since the turn of the century, and by the mid-eighties forensics and medical labs could determine paternity with greater than 99 percent certainty by examining DNA samples. But the tests had a long turnaround time and were not readily available to the public; usually they were performed at the request of the state to establish the paternity of welfare-dependent children so that fathers could be held financially accountable. Caskey envisioned a scenario in which people would have greater access to testing and could avoid the potential embarrassment of seeking help from their family doctor. When she discovered that the overall non-paternity rate in the general population is 5 percent, meaning that in one out of twenty cases a child’s father is not actually his or her biological father, she saw an enormous pool of potential customers.

In 1991 Caskey’s father—renowned geneticist C. Thomas Caskey—had helped develop a new method of DNA testing as chairman of the Department of Molecular and Human Genetics at Baylor College of Medicine, in Houston (he is now the head of the Genome Research Institute, a division of the giant pharmaceutical company Merck). Earlier tests had required drawing blood, but the new “short tandem repeat” (STR) technology he designed required very little genetic material: A cotton swab quickly rubbed along the inside of someone’s cheek contained enough sloughed-off cells to perform the test, as did a single hair pulled out by the root. Caroline Caskey recognized STR technology’s potential for commercial use early on, since it was faster and more precise than previous methods of testing genetic material. Less work would have to be done in-house, since no blood needed to be drawn; clients could submit DNA samples to a lab by mail. With this in mind, she drafted a business plan for Identigene in 1992 and, after earning her MBA, set up shop on the outskirts of the Texas Medical Center. Interestingly, Caskey’s family ties haven’t been the key to her success; in fact, rather than the STR test, whose patent is under review, she uses a polymerase chain reaction (PCR) test, a way of replicating and analyzing large samples of DNA.

Anyway, the real reason for her company’s solid standing is an aggressive ad campaign. Caskey recognized that Identigene’s future rested on its ability to overcome any stigma attached to paternity testing, so she hired several advertising agencies to get a cheeky and positive message across. The ensuing barrage of spots included both the highbrow (elegant print ads that later won a Clio award, the advertising industry’s highest honor) and the lowbrow (commercials that featured a delivery-room scene of a man giving birth, ending with the voice-over: “This is one way to know who’s the father”). But it wasn’t until 1995, when Identigene’s billboards appeared in 25 cities around the country, that the company struck gold. It has grown at a brisk pace ever since, increasing its client base every year by 100 percent.

Identigene’s foray into the business of science has not been without controversy, since it is possible to test an individual’s DNA without his or her knowledge. Items such as an envelope that has been licked shut, a cigarette butt, or a used tissue all contain remnants of sloughed-off human cells, each of which contains an individual’s complete DNA sequence. Genetic privacy laws exist, but Caskey and her eight case managers conveniently sidestep the difficult ethical issues that this technology raises, using a no-questions-asked approach. A woman who is uncertain if her husband is the biological father of her child, for example, need never request that he submit to testing to determine the truth; she can swab the inside of her child’s cheek with a Q-Tip and send in what Identigene calls an “unusual sample” from her husband: a soda can he drank from, say, or a condom. Even the deceased can be tested. Identigene’s Tokyo representative conducted paternity testing for an illegitimate son even though his suspected father’s body had been cremated; lab technicians simply used a handkerchief that the man had long ago tucked into a suit pocket. The possibilities that this sort of testing presents—and the moral quandaries it raises—are mind-boggling, and they may rankle those who feel uneasy about Identigene’s purpose. “This sort of testing taps into our worst anxieties,” Caskey says.

She is in a unique position to know. It turns out that Identigene’s founder, who has made her mark on the world by determining other people’s parentage, was herself adopted: She does not know who her biological parents are. And she plans to keep it that way. “I’ve never been interested in finding them,” she says with a smile that indicates the irony is not lost on her. “Family is family.” 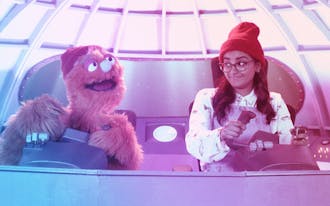