KELLY: All right. We have four votes for Bonnie and Clyde.

RAMÍREZ BERG: I was the one who didn’t vote for it. It doesn’t scream out, “This is a Texas movie.” It could be Missouri or Oklahoma. I know a lot of it historically is set in Texas, but it feels more like a Midwestern story than a Texas story.

BLOOM: That’s because it’s North Texas, the most neglected part. You know, northeast Texas is not interesting visually to begin with. But the reason it lends itself to a Depression-era drama is that people abandon those little towns, and so they have those old buildings, and a film crew can go in and dress them up and shoot scenes there.

KILLEN: I would argue that the story is born out of the same thing that led to Last Picture Show: Texas is so big, and you can be isolated, and there’s a hopelessness and an ennui that takes place that leads to something like going on a Bonnie-and-Clyde-style rampage. That’s what Texas does to human beings.

BLOOM: The reason I think it ought to be on the list is that it’s a Dallas movie, Dallas being the least Texan of all Texas cities. The problem is, Warren Beatty doesn’t read Texan. Also, it may be one of the only times that a Texas Ranger has been portrayed in a negative way. Texas Rangers do really well in movies. They’re always portrayed in a positive light, even if they’re murderers.

Read the entire roundtable discussion on the ten greatest Texas films ever. 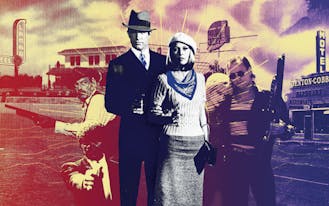 Bonnie and Clyde at 50 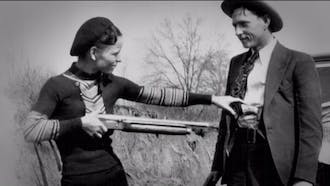 Watch An Exclusive Clip From PBS’ Bonnie And Clyde Special 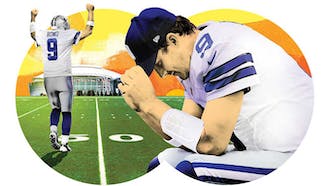 Five Things You’ll Be Talking About in December