texasmonthly.com: Why did you decide to write this story? How did it come about?

MH: I had been following Lance for a while, especially during all the drug allegations that began in October 2000. The allegations seemed to be proof that he would never get away from the slings and arrows of the French. I thought of doing a story as a profile of a guy who is on top of the world—what does he have to prove anymore—to the people who love him (there are many) and the people who hate him (there are many). Our editor, Evan Smith, liked the story idea, and after Lance did his off-the-record meeting with us, Evan and everyone else really wanted to do it.

MH: Not really. I thought it was a light sport—a bunch of guys riding through the hills of France. How tough is that? But after watching videos of the Tour de France and reading about what these guys go through, I realized it is one of the hardest sports around. As Lance told me, “It’s hard.”

texasmonthly.com: Was there much research involved in this story? If so, what kind of information did you find the most difficult to obtain?

MH: I rode with Lance, which was the best part. He showed me things that made more sense once I actually saw them in use. I read a lot, including his book and stories about doping and cycling, and I talked to people—in Europe and here—about Lance, cycling, and doping in cycling. The hardest information to get was from current cyclists. They don’t like to talk about much, especially other cyclists. They have a vaunted code of silence.

texasmonthly.com: What was your trip to France like? Did you find that people were willing to talk to you about cycling? If so, why? If not, why not?

MH: I visited L’Equipe, a sports daily, similar to ESPN. I interviewed Jean-Michel Rouet and Phillippe Bouvet, two guys who’ve been around cycling for a long time. At one point they were skeptical about Lance’s performances and openly questioned whether he was doped when he made them. But now they are more accepting, or they seem so. I get the feeling they don’t want cycling to be seen as dirty so they paint a clean face on it. I also talked with a guy named Pierre Ballester, who wound up being the source who was the most antagonistic toward Lance.

MH: That historically almost every cyclist has doped his body to race competitively. It’s taken for granted, just as it’s taken for granted that everyone has a little coffee in the morning or a beer at night. Sure some don’t, but most do. The thing is, nobody thinks of doping as cheating—they see it as staying competitive.

texasmonthly.com: Did you come across any surprises while working on this story? If so, what were they?

texasmonthly.com: Obviously, Americans aren’t as involved with pro cycling as Europeans are. Why do you think that is? Do you think the level of involvement will ever increase in the U.S.?

MH: I think Americans like games with balls—skill games. We don’t respect cycling because it’s just about going fast—and fast is thirty miles per hour. We do that in third gear in our cars. What’s the big deal? I don’t think Americans realize the brutal nature of cycling, or how much of a team sport it is, or how many wacky people race professionally. Maybe that would change things. But I doubt it. As I told Lance, “If they introduced a ball to the peloton, maybe things would be different.”

texasmonthly.com: Was Lance what you expected? If so, why? If not, why not?

MH: I’d never met a pro cyclist before so I didn’t know what to expect. He is super charismatic and charming. I didn’t expect him to be so smart, because generally athletes aren’t.

texasmonthly.com: What do you want readers to come away with after reading your story?

MH: A sense that this very complicated person is even more complicated than they might have originally thought.

texasmonthly.com: In your story you said that you rode with Lance one morning. What was that like? Do you think you would ever take up cycling? Why or why not?

MH: He was patient, which was nice. He didn’t have to accept my offer to ride with him—after all, he was in training. But it was a light day for him so he did. It was great. He was kind of playing with me, asking me questions when I was puffing so hard I could barely get any wind behind my words. But then he put his hand behind my back and pushed me up the long hill. Twice people honked at us: “Hey, Lance!” The first time it was two guys in a moving van who couldn’t get over seeing Lance, then a black guy in an old car out in the sticks who pulled over and took Lance’s picture.

I don’t think I’ll ever take up road-bike cycling. As much as I enjoy riding my bike (I ride to work every day and go for rides in my neighborhood), I don’t think I’d like the whole regimen of uniforms and cleats and shaving the legs and riding in races. I’ve met people who have found great joy and purpose in the peloton, but I don’t think I’ll be one of them.

MH: No performance enhancing drugs were abused in the writing of this story. Except coffee. 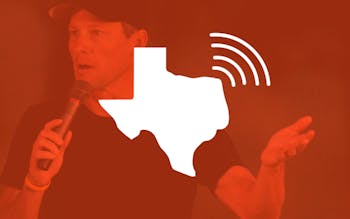 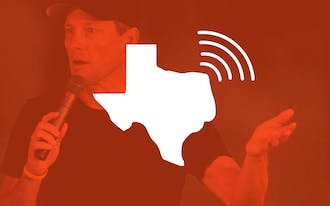 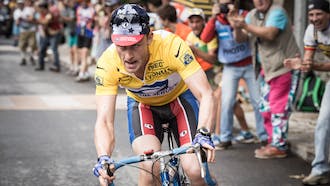 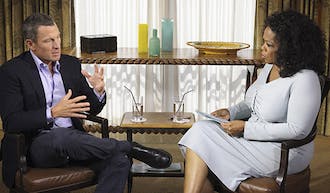 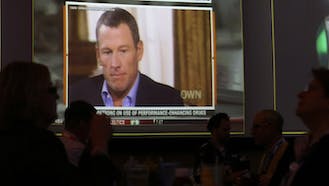 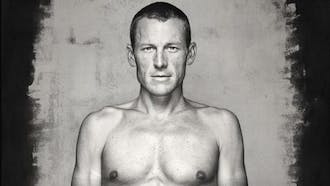 Lance Armstrong Is Kind Of Walter White, If You Think About It The Way This Atlantic Story Does 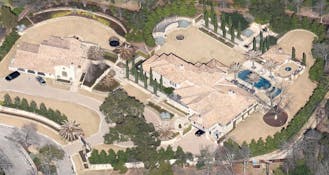 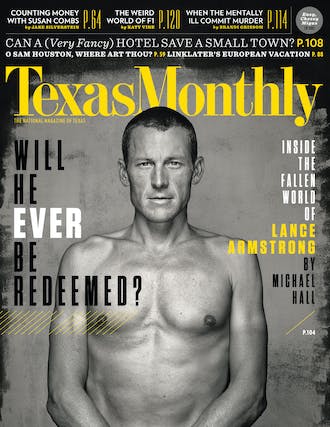 Sneak Peek at Our March Cover 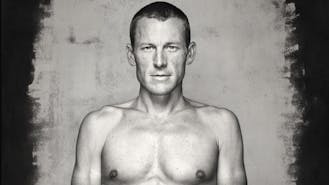 The Man Who Fell to Earth