Two boys who were playing basketball on at outdoor court at Edinburg’s Harwell Middle School were hit by stray bullets on Monday prompting school officials to consider building a cinder-block wall around the property’s perimeter, according to the AP.

The bullets are thought to come from either a pair of hunters conducting target practice on nearby land or an undocumented immigrant who allegedly was poaching javelina with an assault rifle. State troopers surveying the area in a helicopter discovered the men, the San Antonio Express-News‘ Lynn Brezosky reported, but ballistics testing is being conducted on a bullet removed from one of the boys to determine who was the shooter.

Harwell Middle School, which opened just this year, sits in a rural area of Hidalgo County where it “occupies a roughly 40-acre plot bordered by hundreds of acres of ranchland leased to deer hunters,” wrote the Monitor‘s Naxiely Lopez. Three weeks ago, a landowner informed school officials that he had leased his land northeast of the school for hunting through the end of the year, Brezosky reported, but the owner asked hunters to shoot north. The bullets are believed to have been fired from the west.

“The shooting came as a shock to many parents who were alarmed to learn that hunting is allowed so close to the newly opened school and that no Texas law prohibits hunting on private land near a school,” Brezosky wrote.

Having hunting grounds close to schools “is not unique to that school or unique to this county,” Hidalgo County Sheriff Lupe Treviño said. “This is nationwide. You can go anywhere in the union and you’re going to find schools situated in rural areas that have hunting around them.”

Given this proximity, school officials floated the idea of building a cinder-block wall, or a levee, to prevent future incidents.

Schools, however, are firearm-free zones, and the Monitor‘s Neal Morton and Naxiely Lopez reported that game wardens have the ability to sanction people for “trespassing by projectile” if their bullets enter an area where guns are prohibited.

In the comments on Brezosky’s piece, Chuck Taylor, whose children went to Edinburg schools, was skeptical: “They can regulate cell phones and pedophiles around schools but not shooting? Give me a break. That defies logic.” Commenter Mongo faulted school officials for not telling nearby landowners about the new school’s existence, writing “Surely someone knew there were big open fields and ranchland next to the school. The district should have contacted the land-owners – before even dove season started.” 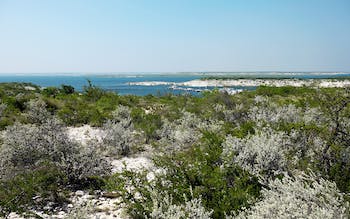 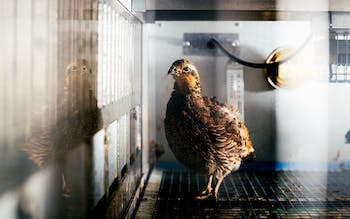 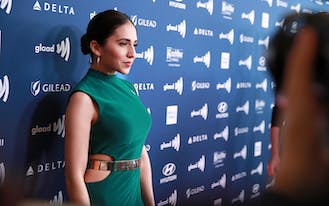