You could plunk Doug Sahm and Augie Meyers down on a stage anywhere in the world, with any sidemen, and they could deliver the irresistible dit-dit-dit they’ve plied for more than thirty years without missing a beat. On The Sir Douglas Quintet/Live Texas Tornado (Takoma), a reissue of a 1983 album, the venues are Austin and L.A., and the material is characteristically Texocentric. Sahm and his crew blast through garage-band fare like “Wooly Bully” and, with fiddler-singer Alvin Crow, plunge into a shaggy-dog take of Bob Dylan’s “Just Like Tom Thumb’s Blues.” … Phillip Walker, who learned his craft in Port Arthur and El Paso before heading to the West Coast four decades ago, remains squarely in the Texas blues-guitar tradition. On I Got a Sweet Tooth (Black Top), an ominous-sounding rhythm section holds things together, while Walker—like a musical heir of T-Bone Walker (no relation)—plays terse and tough, making every note tell a story. Walker’s vocals may be limited, but he can put his unmistakable stamp on anything from the purest shuffles to the hippest funk. John Morthland

Nanci Griffith’s Other Voices, Too (A Trip Back to Bountiful) (Elektra) is just a little too bountiful. On her second celebration of cherished songs and storytellers, the Seguin-born folkie doesn’t simply cover Richard Thompson, Gram Parsons, and Guy Clark, among others; she forms a supergroup, featuring Steve Earle, Jimmie Dale Gilmore, and Lucinda Williams, among others. The trouble is, the “other voices” consistently overshadow Griffith’s; despite her fine ear for material, she isn’t anyone’s idea of an interpretive singer. The nineteen-track record seems gimmicky and overly familiar, whereas its predecessor, Other Voices, Other Rooms, was streamlined and rife with unearthed gems. Jason Cohen

Nashville Was the Roughest …, an eight-disk set from Germany’s Bear Family Records, contains the 219 surviving tracks cut by Willie Nelson during his late-sixties and early seventies stints at two Nashville labels, Monument and RCA. There are hard-to-find treasures, like his recordings of country standards backed by Ernest Tubb’s Texas Troubadours, and his Fender Jazzmaster work on “Live at Panther Hall in Fort Worth,” but you also get to hear producers Chet Atkins and Felton Jarvis slop on the gloss, pushing Nelson to sound like everyone from Eddy Arnold and Herb Alpert to—on a particularly unfortunate reading of Travis’ letter from the Alamo—Rod Steiger. John Spong

A friendly warning to John Hiatt, Steve Earle, Nick Lowe, and Dave Edmunds: Don’t look back. If Life of the Party (Sony/Lucky Dog) is any indication, Charlie Robison is gaining on you. On his major-label debut, the Houston native mixes and matches smart lyrics and unusual instruments (for instance, the pedal steel and Farfisa organ that fuel the twangy roller-rink anthem “Poor Man’s Son”), knows when to write a song and when to cover one, and is confident enough to throw in bagpipes and a tuba when the occasion calls for it. Joe Nick Patoski

Two Texas jazz legends grace the latest reissues from Prestige’s Original Jazz Classics series. Dallas-born Red Garland’s effervescent touch on the keys owed much to the tasteful, subdued techniques of Nat King Cole and Ahmad Jamal. His similarity to the latter no doubt helped land him a spot in the Miles Davis Quintet in the late fifties and afforded him the clout to make his own records. Red Garland Revisited!, which was first recorded in 1957, features staples from the Davis band and even includes Davis bassist Paul Chambers, though Garland’s seemingly effortless dexterity leaves no doubt about who’s in charge. The full-throated passion of Booker Ervin, born 75 miles away from Garland in Denison, was less likely to raise eyebrows than the hair on the back of your neck. Momentous turns with Charles Mingus and Randy Weston led to a sixties solo career for the Texas tenor. Heavy!!!, a sextet date recorded in 1966, only four years before his untimely death, is a sometimes cluttered but ardent performance that features some powerhouse soloing—yet his quieter duet with pianist Jaki Byard on the entrancing “You Don’t Know What Love Is” proves the heaviest of all. Jeff McCord

Fortunately, Elmer Kelton liked the characters in The Good Old Boys as much as his readers did. The San Angelo patrón of western writers wrote The Smiling Country (Forge Books, $21.95) as a sequel—and twenty-year tip of the hat—to his celebrated 1978 novel, which gained even more fans after Tommy Lee Jones moviefied it in 1995. This time around, will lanky, fiddle-footed Hewey Calloway hitch himself to pretty schoolmarm Spring Renfro? (He’d better.) Kelton’s latest is a bowl-of-beans book: It ain’t fancy, but it sure is filling and it goes down good. . . . Speaking of Kelton and food, he is one of 39 authors featured in Stirring Prose: Cooking With Texas Authors (Texas A&M University Press, $19.95). For this pots-and-pens anthology, San Antonio’s Deborah Douglas solicited a batch of recipes that sound delish but surely can’t satisfy like the anecdotal essays that accompany them: Elizabeth Crook meditates on animal pancakes, James Ward Lee honors fried corn, Naomi Shihab Nye praises hummus, and Cactus Pryor riffs on Mexican lasagna. Read it and eat. Anne Dingus 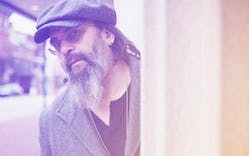 Steve Earle: “Anybody Who Knows Me Knows I Will Never Shut Up” 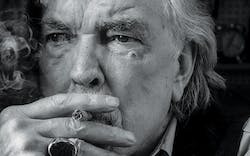