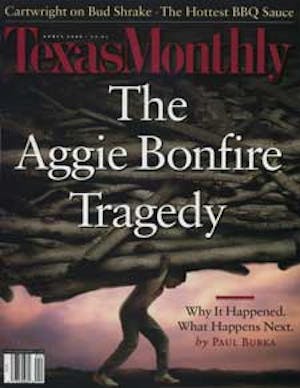 TAKE A LANKY 22-year-old kid in a cowboy hat who cites Flaco Jiménez and Myron Floren as major influences alongside Hank Williams, Garth Brooks, and George Strait, and you just know there’s a whole lotta polka in his country soul. And that’s precisely what Chris Rybak’s self-titled CD is all about: Bohemian-German hybrids that reflect his hometown roots (Hallettsville, in the heart of the Texas Polka Belt), including standards like “All by Myself” (sung in Czech), “German Waltz” (sung in German), and “Jambalaya” juxtaposed with renderings of “Don’t Squeeze My Sharmon” and “I Want to Dance With You.” But when he throws “Hey Baby Que Paso,” the National Anthem of San Antonio, into the mix, with backing vocals provided by the late Doug Sahm, Rybak demonstrates he’s got the right stuff to take the accordion to the next level of Texas cross-cultural fusion. by Joe Nick Patoski