While Dale Stephanos was drawing this month’s cover, he tweeted, “I’m kind of dragging it out, having so much fun with it that I don’t want it to end.” What did he enjoy so much about his first TEXAS MONTHLY assignment? “It played to my strengths,” says the Massachusetts-based illustrator, whose work has appeared in Rolling Stone and Sports Illustrated. “It’s a single-subject satirical portrait with enough time to allow me to obsess over little details. Plus, it’s the kind of drawing I used to get put into detention for in elementary school, but now I’m getting paid for the honor.”

Lee Hancock first heard about Billy Powell, who pleaded guilty last year to illegally importing live whitetails onto his East Texas farm, by word of mouth (“The Bucks Stop Here,” page 74). “Here in hunting country, people thought it was crazy,” says Hancock, who lives near Tyler. “Why would someone smuggle deer into Texas?” Hancock, who spent 24 years at the Dallas Morning News covering everything from the Branch Davidians to Hurricane Katrina, soon learned how the lust for trophy deer is changing the state. “The distinction between wild and commercial animals, the rules and ethics for breeders and hunters—it is all becoming quicksand,” she says.

It’s hard to believe that senior editor John Spong was ever anything other than a writer. But before he joined TEXAS MONTHLY, in 1997, he worked unhappily as a lawyer. “I spent too much time asleep at my desk,” he says. Lucky for us, he chose journalism over catnaps. In this issue alone he has two features, one about a courtroom artist (“Sketchy Characters,” page 114) and the other about a certain British pop star who loves the Alamo (“Come and Take a Look at Me Now,” page 122). With a schedule like that, maybe he’s at least entitled to sleep in? 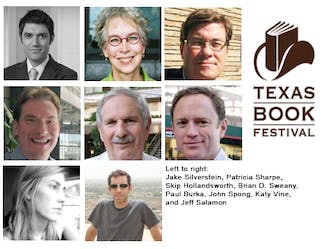 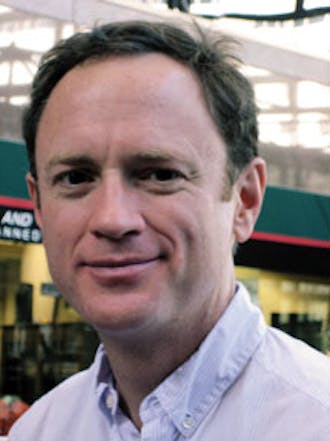 Two for the Road