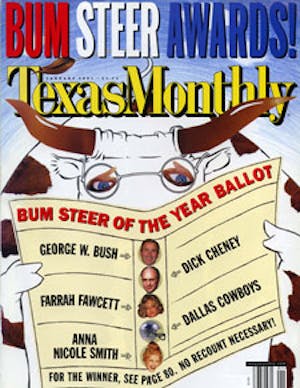 Even though the independent film scene has lost its reputation as a place for strong-willed starving artists, determined filmmakers are still emerging—and are still winning praise. When 25-year-old David Gordon Green wrote and directed his first feature, George Washington (which made its Texas premiere in Houston on December 8 and opens in Austin on February 23), he had no idea how it would be received. “We made the film without expectation,” says Green, who grew up in Richardson. “It was just me and a group of friends I trusted who said, ‘Let’s make what we want to see.'” The result was acclaim from critics and audiences at film festivals around the world, who marveled at Green’s cinematic skill in telling a Faulknerian tale about a group of adolescents in the rural South. He’s now trying to raise funds for his next project, but he isn’t letting success change his outlook. “I make movies I really want to make, and I have worked in a doorknob factory to pay the bills,” he says. “I’d rather do that than dedicate a year of my life to making a movie I don’t care about.’