Dallas Cowboys cheerleader Melissa Kellerman became famous on Thanksgiving when Jason Witten stumbled out of bounds and took her down. The cheerleader, who bounced right up after the “tackle,” became even more famous for being a good sport about it on Twitter, even having a bit of fun at the All-Pro tight end’s expense:

CNBC sports business reporter Darren Rovell broke the news on Friday, tweeting: “Shame on the Cowboys for pulling cheerleader @MelissaRae off Twitter. Not allowing these girls to capitalize is criminal.”

Neither Kellerman nor the team have confirmed or denied Rovell’s report*, but as the NFL returned to action Sunday, it became a cause célèbre. Chris Chase’s post about the matter for Yahoo!’s Shutdown Corner blog ended up generating more than 10,000 comments.

Those were pretty much the perfect tweets: Clever, self-deprecating and a bit funny. (We’ll even ignore the winking emoticons.) Why did she have to delete her Twitter account? Do the Cowboys believe cheerleaders are only to be seen, not heard?

Hardly. The team allows cameras to record cheerleader auditions for a reality show on CMT. It’s alright when the team controls the message but not when a cheerleader begins to get a following and has the stage to herself? This should have been a win-win for everyone involved. Witten looked chivalrous when he helped up Kellerman, she became endearing with her laughter and positive attitude. Both the franchise and the cheerleaders looked good after this. Now, only Kellerman does.

As Dan Hanzus of NFL.com noted, this is the second game in which a Cowboys cheerleader got extra screen and tweet time. Two weeks ago cheerleader Kelsi Reich received a game ball from her boyfriend, Wichita Falls-native and Bills wide receiver David Nelson, when he caught a touchdown pass against the Cowboys (the only TD Buffalo managed in their 44-7 loss). Reich’s Twitter account remains online, albeit with protected status.

Naturally, Kellerman’s Twitter disappearance also inspired two hashtags (#freemelissa and #freemelissarae) and two Twitter fan accounts, Free Melissa and Bring Back MelissaRae, both of which are tweeting and retweeting comments and complaints about the situation. Late Sunday night, the latter account’s proprietor was imploring (presumably with tongue-in-cheek) both Barack Obama and the Occupy movement to intervene.

Below, video of the play that started everything:

*UPDATE: The Cowboys disavowed all knowledge of the incident to several media outlets on Monday, saying that it was Kellerman’s own choice to suspend the account in the wake of the attention (she’s since restored it as a protected account). “The Cowboys have never gotten involved with individual Twitter accounts or suspended one,” spokesman Rich Dalrymple told myFOXdfw.com. 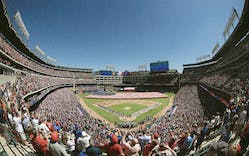 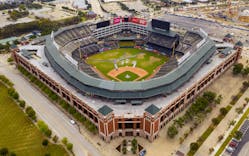