NAME: Jim Morris | AGE: 51 | HOMETOWN: Flower Mound | QUALIFICATIONS: Masterfully mimics the past seven presidents, from Richard Nixon to George W. Bush, as well as a range of presidential candidates, from John Edwards to Al Sharpton / Has provided voices for Saturday Night Live’s “The X-Presidents” cartoon / Travels the country with a one-man show, “Jim Morris and the Presidential Follies”

• I discovered a talent for mimicry in junior high school. The authority figures were teachers, parents, and neighbors, people you were supposed to show respect. When I “did” them, I got the attention I needed.

• David Frye was the impressionist who inspired me to get into this professionally. His LBJ and Nixon made those people accessible. I’d listen to his records and see him on TV and think, “You can actually do this for a career?â€Š”

• An impersonation is more of a physical embodiment of the character, with accoutrements. Wardrobe. Latex. Makeup. Prosthetics. A hair-piece. With an impression, I work from the inside out. I need to know the character, how they breathe, their attitude, whether they wait a beat before coming up with a wisecrack.

• I try to feel the essence of the character, and I start with a single phrase and build from there. With Barack Obama, it was “I was opposed to this war from the start.” With that, I saw the “aw-shucks Kansan meets the South Side Chicago black dude meets the Harvard law student” and the way all those things worked against each other.

• I see John McCain as a dignified Spencer Tracy, a modern-day Bruce Dern, and a little bit of Ray Walston from My Favorite Martian. His essence is cranky—he’s basically about to explode—so I turn red in the face and twitch my left eye.

• When I do Bill Clinton onstage—pointing my finger, wagging my head—the audience gets focused on “Hey, he’s really mad,” and then I can slip in something ridiculous. That’s where the comedy comes in. “I told the Kenneth Starr commission—and I was telling the truth—that I have never cornered a woman in the Oval Office. It can’t be done, folks. There are no corners.”

• I can’t watch other impressionists. I need to go directly to the source. I find it very difficult to do Arnold Schwarzenegger for one simple reason: I hear all these other impressions of him in my head.

• I loved doing Ronald Reagan, because he was theatrical and could tell a story. And he was polarizing. People either loved him or hated him, so you were playing with powerful, flammable stuff. It was harder to get laughs with Jimmy Carter, who was a rather humor-less micromanager. I thought the same about Gerald Ford. Ford was boring.

• The trick with George W. Bush is the smirk and the bouncing of the head. And the breathing is really important. He has a habitof huffing when he speaks. When I hear him do it, I think that he’s thinking desperately, “What can I say that’s not going to make me soundlike an idiot?” So when I do it, I have a really dumb look on my face until the eureka moment.

• Every four years I have an opportunity to refresh my career. Sometimes I find myself secretly cheering for the guy who would be more fun to do. 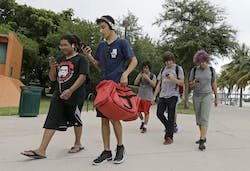