Madeleine Pickens and wild horses scored a victory with news Thursday that the Bureau of Land Management will conduct an environmental review on a proposed site for an eco-sanctuary for wild mustangs in a rural corner of Nevada.

As Sterry Butcher noted in TEXAS MONTHLY in December 2010, Pickens, the wife of billionaire T. Boone Pickens, has made the future of mustangs her personal cause. Pickens has been discussing the idea of creating the site, dubbed Mustang Monument, with BLM officials since 2008:

Pickens is passionate about mustangs. She’s been in talks with the BLM since 2008 on her proposal to place as many as 30,000 mustangs on more than 600,000 acres of public and private lands in northeast Nevada. In the plan, her foundation, Saving America’s Mustangs, would oversee the ranch and develop it into an ecotourism facility. In return, the foundation would receive $500 per year per horse, which is about the same rate contractors receive for horses that live in long-term holding ranches on private property. According to Pickens, the deal would offer transparency that the privately run holding sites do not.

“The government has a fiscal and moral responsibility, since they’ve moved horses off of public lands,” she said. “Let’s fence it in, have a nonreproductive herd, and let the public come and enjoy it.”

Pickens sees the mustang ranch as nothing less than preserving an emblem of America.

“One hundred years ago there were two million horses on the range,” she said. “If we’re down to the last thirty thousand or so, as the BLM says, we’re getting closer to extinction, and that’s when people start to pay attention.”

Pickens cheered the decision: “It’s exciting,” Pickens told Laura Myers of the Las Vegas Review-Journal. “We plan to entertain people and let them see what wild horses are like. This is not your average dude ranch.”

During the BLM assessment, which could take two years to perform and is required by the National Environmental Policy Act, “environmental, economic, [and] social” concerns will be weighed.

Pickens envisions that visitors to Mustang Monument will be able to “sleep in teepees on the range, take covered-wagon rides along routes used to settle the West, take photography classes, painting workshops and even creative writing classes,” Myers wrote. The site will feature a visitors center that describes wild mustangs’ role in helping to explore and settle the American West. 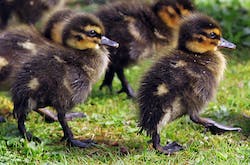