The biggest story in El Paso Sunday morning was supposed to be the previous night’s Sun Bowl boxing match between Julio Cesar Chavez Jr. and Andy Lee, which almost didn’t happen due to security concerns. (It went off without a hitch and Chavez won it in the seventh round.)

But anyone who picked up an El Paso Times on Sunday was reminded that the city’s problem isn’t misconceptions about safety in the border city, but rather, government corruption. As part of the fallout from the latest scandal, the newspaper published a rare front-page editorial calling for the resignation of five school board members.

This comes after former El Paso ISD superintendent Lorenzo Garcia (above, middle, leaving court) pled guilty to federal conspiracy charges on Sunday. As the Times’ Hayley Kappes reported, Garcia was accused of giving out a $450,000 no-bid contract to someone with whom he had a personal relationship. But, less sensationally but perhaps more significantly, he was also guilty of gaming test scores to defraud the Texas Education Agency and the U.S. Department of Education.

Zahira Torres from the Times further explained that the scheme involved counting various students who should have been sophomores as either freshman or juniors, since federal standards under No Child Left Behind, which help determine funding levels, only assess sophomores and graduating seniors.

In 2010, state Senator Elliot Shapleigh alleged that 352 sophomores at El Paso’s Austin High School missed school on the day of the TAKS test, something that prompted Garcia to say, “”Senator, stop hurting our kids and our community.””

The Times’ editorial board wrote:

Five of the seven current school- board members were in their positions for much of García’s tenure.

He was the sole employee under their supervision, and the board members did nothing to stop the criminal enterprise he ran out of central office.

The El Paso Times is taking the extremely rare step of calling for the resignations of the five trustees, and doing so on the front page of the paper, because their epic failure to properly supervise García allowed him to fleece taxpayers, led to horrendous violations of students’ civil rights, and destroyed the reputation of EPISD.

The best defense the school board can offer is that trustees were unaware of what García’s was up to. That defense is not credible….

That’s because, as the editorial goes on to point out, “board members said in April that they were aware in June 2010 of serious allegations of wrongdoing at Bowie High School,” involving 77 doctored student transcripts.

“It would be lunacy to ask the very people who helped wreck the district to now guide its rebuilding,” the editorial also said. 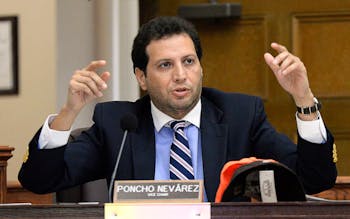 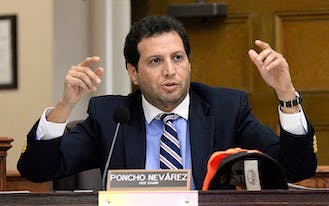