IT’S FIVE-THIRTY IN THE morning, I’m having trouble keeping my eyes open, and my butt feels as if it’s permanently attached to my seat. All night long I’ve been here in the bleachers of Lockhart High School’s football field filming a scene for director Robert Rodriguez’s new horror flick, The Faculty, which opens in theaters on Christmas Day. My fifteen minutes of fame have turned into twelve hours of boredom. And for what? I’m only an extra, a grunt, a face in the crowd—if I’m lucky. My name won’t be in the credits, I won’t have lunch with Rodriguez, and I most certainly will not to get to meet the movie’s star, Salma Hayek. But I knew all of this when I signed up.

Rodriguez sits behind the camera as he and the rest of the crew prepare a shot. We’re filming a football game. Two stuntmen dressed as players take their positions as some guy with a megaphone gives us our cue. Megaphone Man, we call him. He seemed fun at the start of the night, but he is now the single most irritating individual on the face of the earth. “Picture is up. Cameras rolling. Background action!” he says for, like, the forty-seventh time. We leap out of our seats and cheer like raving lunatics as number 28 for the Hornets levels the opposing receiver. Megaphone Man has instructed us that we need to sound like a crowd of almost two thousand—a somewhat formidable task since we number just over five hundred. “Cut!” he yells.

Rodriguez gets out of his chair and walks over to a small television screen to review what he just filmed. After about thirty seconds, he contacts Megaphone Man on his walkie-talkie. Megaphone Man listens closely, then relays the message to us. “Sounds like almost two thousand people,” he says. “In fact, it was so good that I think we’re going to do it again.” Someone must have told Megaphone Man that he was a comedian. We all sit down, waiting for our talents to be called upon for the forty-eighth time.

This is our job for the duration of the shoot. We sit, we stand, we yell, and we pretend to yell when Rodriguez wants to record a specific sound, such as the crunch of a tackle. When we’re asked to do real yelling, the aspiring young actor in front of me screams and waves his hands violently. He yells so loud that the color of his neck starts to resemble that of his fiery red hair.

After about twenty more takes, Megaphone Man tells us we’re finished filming the scene. Everyone in the stands sighs with relief, and the crew starts moving equipment in preparation for the next shoot. Sunlight is slowly starting to add a blue tint to the night sky, and Rodriguez wants to film a bit longer before his light is completely ruined.

We are free to go. We leave $75 richer and with the satisfaction that we have been an integral part of the moviemaking process—as well as the knowledge that we’ll never have to hear Megaphone Man’s voice again. 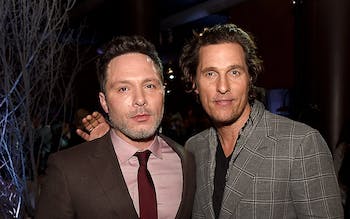 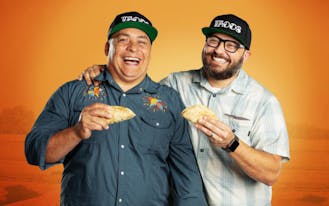 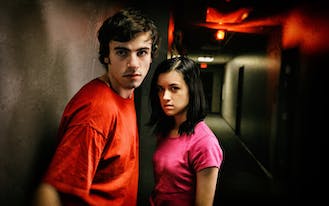