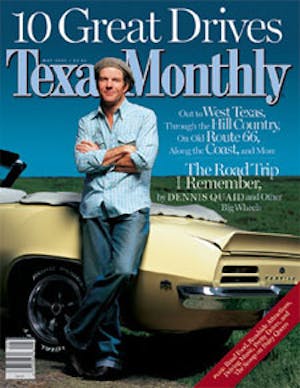 The Awakening Unlike Houston, whose thriving art market allows its artists to live in the Bayou City and sell globally, Austin has always had a tough time cultivating a reputation with dealers as a serious visual-art town. Before the high-tech economic boom, Austin artists complained that nobody bought art in their city. In the mid-nineties skyrocketing real estate prices forced many artists to move outside the city limits and made it difficult to have a profitable gallery. Dana Friis-Hansen, the chief curator at the Austin Museum of Art, has been adjusting to the struggling art scene since he moved to Austin from Houston two years ago. “What I had been told in Houston was that if you weren’t a UT art professor in Austin—if you were just an artist—you were considered a loser because the community was so dead that no self-respecting artist would choose to live there,” he says. But things are changing. Artists are producing smaller, less expensive work, and new galleries are quickly populating now-affordable spaces, generating dealers’ and buyers’ interest in the local talent. An awareness of film, technology, and repeated imagery—explained, perhaps, by some of the artists’ employment in the film, dot-com, and print industries—comes through in works displayed at the Austin Museum of Art’s “22 to Watch: New Art in Austin,” which opened in April and comes down May 26. (Some of the artists in this show, for instance, worked as animators for Richard Linklater’s movie Waking Life.) Happily, Friis-Hansen reports, “The scene doesn’t revolve only around the university anymore.” (See Austin: Museums/Galleries.)