Where there’s a Chip Brown byline, there’s a possibility the college football world could turn itself around.

Last Wednesday, the Orangebloods writer, who is known for his reporting on the UT/Texas A&M machinations of the last two off-seasons, floated the “longshot scenario” that Florida State may want to join the Big 12, which recently lost A&M and Missouri while adding TCU and West Virginia.

By Saturday, that’s all anyone was talking about. As Sports Illustrated‘s Andy Staples tweeted:

Really amazing how quickly this has all happened. In 2010 and 2011, the Big 12 was on the verge of collapse. Now a brand name wants to talk.

Both the Big 12 and Florida State’s current home, the Atlantic Coast Conference, have new television contracts with ESPN. Brown originally reported that ESPN’s contract with the ACC “includes football-only third tier rights revenue,” something that the Big 12 lets its schools keep for themselves. As Brown wrote:

The Seminoles are in one of the few states — with a population of 19 million — in which a university could turn its third-tier rights into the school’s own television network the way Texas has done in the Lone Star State (population 25.6 million) …

After having conversations with people dialed into the administration at Florida State, there appears to be a sense that the board of trustees at FSU might be willing to explore all options.

A message left for board of trustees chairman Andrew Haggard at his law firm on Wednesday wasn’t immediately returned.

One source close to the situation said Haggard might be enough of a maverick to try and lead a charge to the Big 12.

Then, on Saturday, Haggard gave the website Warchant all the kindling that a college football rumor ever needed to light up. “How do you not look into that option?” Haggard said. “On behalf of the Board of Trustees I can say unanimously we would be in favor of seeing what the Big 12 might have to offer.”

Haggard also seemed aware of Brown’s report that the ACC contract allowed its schools to control third-tier television rights for basketball (which would favor such schools as Duke and North Carolina) but not football. “It’s mind-boggling and shocking,” Haggard said.

The problem is, it also turned out to be incorrect. According to ACC associate commissioner Michael Kelly, ESPN’s deal gives it third-tier rights for both sports. “Uninformed Power Brokers Send Internet Off Deep End,” read the headline on the Boston College blog BC Interruption.

But even after he stood corrected, Haggard didn’t put out any fires, as Jim Lamar of the Tallahassee Democrat reported:

“All I tried to say was I think Florida State needs to keep an open mind,” he said. “If the Big 12 or the SEC or any other conference wants to talk, we have an obligation to listen. If the Big 12 calls, should we hang up the phone? No.”

[Tier 3 rights] is not the main issue. We have to listen to how much more money may be out there. There are other issues that need to be considered. My only point is to listen to anybody who wants to talk — especially in these economic times.”

If you’ve seen this movie before—and with Texas A&M, we have—it isn’t close to over.

“It seems like a ploy to drum up fan support for a bold switch,” wrote Dan Wetzel of Yahoo! Sports. “Even if this was a rogue action, as the moves by Texas A&M and Missouri from the Big 12 to the SEC show, once trustees get involved things happen quickly and the status quo isn’t the result.”

That realignment craziness would continue is not surprising. Just in the past two weeks, due to the trickle-down effect of SMU and Houston leaving Conference USA for the Big East, UT-Arlington, UT-San Antonio, North Texas, and Texas State all moved to new conferences. It’s also been reported by ESPN’s Andy Katz that Louisville intends to leave the Big East for the Big 12 or the ACC.

Adding Louisville (or another ACC team, like Clemson or Virginia Tech) would enable the Big 12 to go back to having two divisions and a championship game, which would also position it for the four-team playoff that will soon replace the current BCS system.

“Florida State would make as much sense as West Virginia,” Kirk Bohls of the Austin American-Statesman opined. “It would be good for the Big 12 because it would bring a school with rich football and baseball tradition and some basketball success, open up a prime state for recruiting and greatly expand the league’s footprint.”

“I can’t imagine how we wouldn’t be interested in Florida State,” a Big 12 source told Yahoo!’s Wetzel.

On Twitter, Dennis Dodd of CBSSports.com already described the timeline playing out, with tongue barely at all in cheek:

If FSU leaves doesn’t really matter why, now, does it? Withdraw, sue over exit fee, get countersued, settle, FSU vs. TCU B12 opener 9/21/14 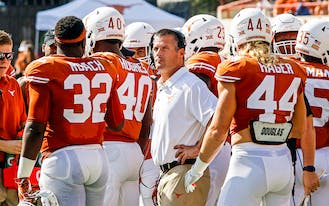 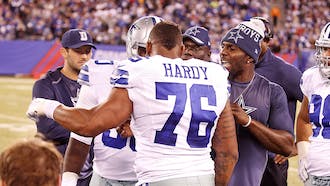 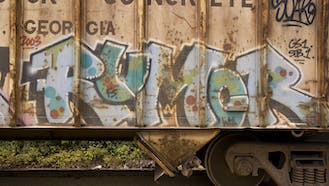 How Those Rumors About Dez Bryant Started