Grab your pitchforks and megaphones! The Westboro Baptist Church is coming to Austin to picket the Formula 1 US Grand Prix at the Circuit of The America’s this weekend, the Austin Chronicle reports.

For those unfamiliar with the Westboro Baptist Church, which the Chronicle described as “God’s least favorite homophobes,” they’re the group that prevailed in Snyder v. Phelps, last year’s Supreme Court case about the right to picket U.S. soldiers’ funerals. Austin is but one stop on WBC’s tour of sinners, which includes Bruce Springsteen and Aerosmith concerts, as well as various churches (including the Emmanuel Methodist Church in Abilene, Kansas, which WBC describe as a “leper colony”).

WBC’s Austin target, Formula 1, originated in Europe a century ago and is the highest class of single-seater auto racing in the world. The American events, the US Grand Prix and the associated Austin Fan Fest, will run from November 16 – 18. They are expected to draw over 100,000 visitors to Travis County, according to the Circuit of the America’s press release.

So what’s WBC’s holy beef with F1? According to a statement on their website:

These sporting events resemble the patriotic worship-the-flag pep rallies masquerading as sodlier’s [sic] funerals in that this [sic] Bible-ignorant fools worship these race car drivers like they are little gods! Shame on these people for worshipping these athletes instead of following the plain commandments of their God. They ought to obey today before it is too late. WBC knows they will not, never the less, we will kindly warn them to flee the wrath to come. These are the last days of all, Doomed america [sic]. Wake up before you find yourselves cast into the deep pit of endless fire!

Some worry that once Westboro hits Austin, the believers may find so many objectionable things down here as to justify extending their visit. “Seriously, no-one show them Sixth Street on a Friday night. We’ll never get rid of them,” Richard Whittaker joked over at the Chronicle.

But WBC is as famous for the counterprotests they inspire as they are for their own vitriol. Anyone looking for backlash inspiration, should check out Hypervocal’s round-up of the 15 best WBC counter protests, as well as what some Texas A&M students did earlier this summer. 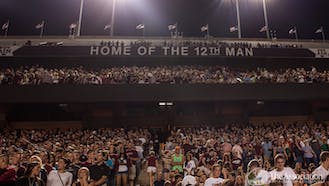 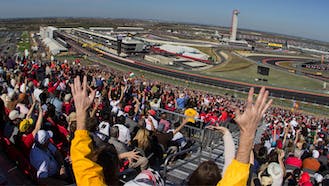 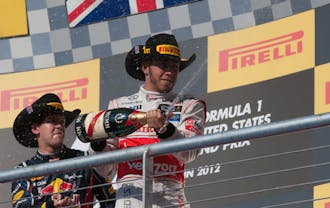 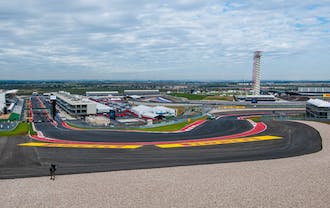 10 Things to Know About Formula 1