One of Houston’s most touted attributes is its diversity. Just last year sociologists at Rice University reported that the city had become the most ethnically diverse large metropolitan area in the United States. Though Latinos saw the largest increase, the group with the fastest rate of growth was Asians, who now make up 6.5 percent of the Houston metro population, up from 3.4 percent in 1990. Among the latter community’s longtime activists is Glenda Joe, who embarked on a career in cross-cultural communication in the seventies when she saw firsthand how the city’s diversity was contributing to both its economic development and racial tensions. The 59-year-old has worked with everyone from Ku Klux Klan members and Vietnamese fishermen to Korean grocers and black, white, and Latino high school students; this month she will produce the 2013 Lunar New Year festival for some 50,000 people.

The first Chinese person in Houston, in 1885, was Jim Joe—he was the patriarch of the Joe clan here. He was originally in Boston, which had a fairly large Chinese community, at least by standards back then. I think what happened is he killed somebody, and he had to get someplace where there were no Chinese who knew him, so he came to Houston. Rice University researchers identified a “Jim Wing” here, in 1886, who had a restaurant, a laundry, and a gift shop. That was Jim Joe; he just used lots of aliases. He and his brother brought all their sons and nephews and cousins, and they’re the ones who started Asian business in Houston before the turn of the century.

My dad showed up in 1930. There were twelve Chinese guys here by then, maybe a couple of women. He was eight years old. He moved from Guangzhou, which used to be Canton, across the bay from Hong Kong. There was a bandit massacre in his family’s hamlet, so they had to flee. My grandfather and my father and his brother came in at Angel Island and hitchhiked from California. Eventually my dad opened a grocery store. It’s not an unusual story. It’s the template of the immigrant experience in Houston. The Irish, the Italians—now it’s continental Africans—they all got here and said, “Let’s start a business.”

I think most immigrants are entrepreneurial because of the language barrier. If your English isn’t so good, it’s easier to start your own business and get your kids and cousins to work it than it is to find a job, say, as a receptionist. And that’s the key to what makes Houston work: If you come, you can start a business. You don’t have to know someone at city hall; you don’t have to ask a land developer for permission. You go to the bank, buy the land, get your paperwork, hire a lawyer to make sure you’re doing it right, and just do it. Houston’s Asian population is a little more than 6 percent, but if you look at the percentage of business ownership per capita, Asians have more than 10 percent of the businesses. Houston is a magnet, because there’s that wide-open “Don’t ask us to help you, but we won’t stop you” feeling.

I helped out in my dad’s grocery as a kid, and in 1978 I started my own business, a cross-cultural PR company called Great Wall Enterprises. I’d never been much into race relations; for me it was the women’s and antiwar movements, the hippie stuff. But then, in 1979, tensions erupted on the Gulf between Vietnamese refugees and native-born  fishermen. The longtime shrimpers felt their livelihood was threatened by the Asian newcomers. Boats were burned, there were guns, and Ku Klux Klansmen, mostly from Louisiana, came out in force. It was a powder keg. And I’m sitting there, 27 years old, going, “Well, somebody needs to go and help.” One of the problems, for example, was that the Asian shrimpers didn’t understand fishing etiquette on the bay. I wrote up a description of the situation and had it translated into Vietnamese, Chinese, Korean, and Japanese. I also sat across from the Klan’s Grand Dragon. He was very upset. But we could have a conversation because my granduncle was a Klan member, on my mom’s side, which is white. And how I talk helped him forget how I looked.

Then came the Rodney King riots, in 1992. The anger in the black community was just boiling in Los Angeles and New York and Boston. It was here too, and black residents soon found a target in the Asian merchants in their neighborhoods. These merchants were not like my dad, who knew English and how to deal with diverse customers. Many of these guys, especially the Koreans, were ex-military men, and they put up bars on their stores, which created a kind of animosity in the neighborhood. And there I was, having grown up in a grocery store, thinking, “These stupid merchants, they don’t know what they’re doing wrong; these stupid customers, they don’t understand what these merchants don’t understand.”

So I sat down and wrote what’s called the Asian Merchant’s Handbook, which was essentially a guide to help these merchants understand their black patrons better. I explained concepts like customer service, or thanking someone for shopping. And because we’re in Texas, I included information about guns. I got the handbook translated into Chinese, Vietnamese, and Korean and persuaded the City of Houston to give copies to its health inspectors so they could distribute them on their visits to the stores. By the time we finished getting it out in Houston, which took about six months, the murder rate of Asians had gone down from one per week to one every two months or so.

The critical thing, I am convinced—and I’m so old now, I’m so tired of doing it—is just understanding the other person’s point of view. Knowing what his or her biases are in understanding you, and your biases in understanding him or her, and being able to communicate. We’re slowly changing, but I think it’s a generational thing. People don’t like change. Back in the mid-eighties, I was called on the carpet before a lot of old men who ran the Chinese community in Houston. They slapped me around about how I needed to be asking their permission for the work I was doing, because I’m a female and, furthermore, a half-breed. I mean, being half white, half Chinese is just a horrible, horrible thing. So I listened, and finally I got up and said, “You know what, the only good thing about you guys sitting around here is y’all are old, and y’all are going to be dead.”

Houston has been lucky to have me. I’m bright, I have no husband, no children to raise, I live in a nice house—I’m in a good spot and have the time to engage in my civic responsibility. If Houston had not given my parents what they got, I would not be in a position to help. And what did they get? Well, they were left alone, for one thing. They weren’t put in jail for getting married. And this is Houston, man. It’s about the acquisition of wealth. Not the ridiculous billionaire kind of wealth, but the kind that puts your kids through college, through law school—that allows them, and allows you, to live so far from the tragedy you were living when you first came to this city. 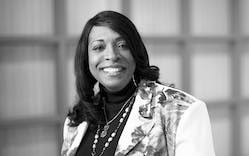 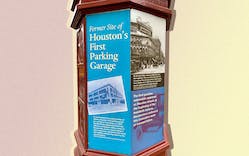 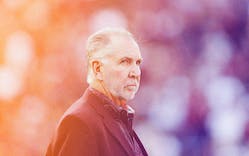 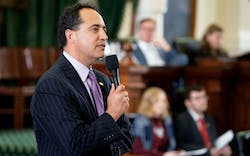 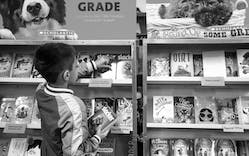