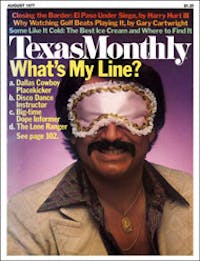 Until a few years ago, we Texans thought we had it made in the shade. The mar­vel of central air conditioning—in our homes, our cars, our offices, our stores, even our tractors—was the final an­swer to ninety-degree-heat and ninety per cent humidity: Then came the energy crisis.

Today we are warmer, but we are also wiser. Now that many of us can no longer af­ford central air conditioners, indeed even room air conditioners, we are coming to realize that spending a sum­mer in a totally air-condi­tioned city is like spending five months in a meat locker. This decade calls for a dif­ferent solution to the problem of heat. Not surprisingly, the answer has been, around a long time, possibly since the end of the first Ice Age. The solution to our dilemma is in a word, the fan.

The fan works on the simple principle that the body has a built-in air-condition­ing system—sweat—and the evaporation of same. As air circulates across the skin, perspiration evaporates and lowers the body temperature. The greater the airflow, the cooler we feel. Over the years, man has put this fact to use and has devised a variety of air movers.

The oldest of these, the hand fan passes in and out of vogue but remains the sim­plest means of keeping cool. Hand fans were popular at the turn of the century when they were used commercially as advertising giveaways for such necessary drugstore items as “heat powder” and as souvenirs from places like Gay Paree. They were made out of everything from cardboard to ostrich feathers and in every size from ingenious folding purse fans to huge 36-inch spreads of turkey feathers.

In the United States today, most new hand fans are made out of cheap plastic or synthetic lace and sold as party trinkets. New fans imported from countries less smitten with refrigerated air are, however, much more appealing, better made, and are available at fine gift stores around the state.

Unfortunately, the amount of time that we have to sit around leisurely fanning ourselves is, and always has been, limited. Indeed, the minute the technology was available, folks began inventing mechanical means of keeping cool. Some of the first ceiling fans made in the 1880s were belt-driven devices run by water motors using city water systems.

The great appeal of the ceiling fan, besides charm, is economy; a ceiling fan runs on less electricity than a l50-watt light bulb. By using ceiling fans instead of central air conditioning, you can expect to save roughly two-thirds on your cooling bill. At current Austin utility rates, for example, it costs about .7 cents to run a 52-inch fan on high for an hour (or 2.1 cents to run six fans half the time in a six-room house). A three-ton air conditioner set at 75°, which would cool an average six-room house costs about 10 cents an hour when it is 85° outside. Of course, the savings and comfort to be gained by using fans would depend on many factors, including humidity, height of ceilings, number of windows, cross-ventilation, shade trees, and whether the fans run continuously. Nevertheless, a ceiling fan can reduce the surface temperature of your body seven degrees simply by moving the air around it.

Two features to look for in old fans are reversible motors and adjustable blades. These features allow the fan to be set in the winter so it scoops warm air from the ceiling and recirculates it through the room; they also allow diffuse currents of air to be generated at any season, thereby eliminating drafts. Both old and new fans can be fitted with heavy-duty rheostats to provide a smooth gradation of speeds, instead of only the standard low and high.

Ceiling fans, are not only efficient coolers, they are also undeniably attractive decorative features. They look best in tall rooms, but are finding their way into many an eight-foot high room, too, these days. They may be used out-of-doors on porches and verandahs to stir lazy summer breezes or to repel insects. In fact, some of the early fans were called “fly chasers.”

The big fan companies the turn of the century were Diehl, Dayton, Century, Westinghouse, General Electric, Emerson, and Hunter. Each company turned out its own styles and of handcrafted fans with two, four, five, or six blades made from either basswood or rosewood. The most common sizes were 36 and 52-inch, a measure taken from blade tip to blade tip. The most popular style was a four-blade fan with the blades pitched between eleven and fifteen degrees. Interestingly, air delivery is not necessarily proportional to number of blades: a four-blade fan pitched at fourteen degrees delivers as much air as a six-blade fan pitched at eleven degrees running at the same speed. The difference is the room area affected and the force of the breeze; the greater the pitch the harder the airflow.

Ten years ago it was hard to find an old ceiling fan outside an antique store or junkyard. Today there are many reputable dealer/collectors.

Only one of the original ceiling fan companies, Hunter, is still making wood-blade fan, and these are easily the Cadillac of new fans. Luckily, there are several Hunter distributors in the state.

Finally, for those of us living in apartments or contemporary houses where ceiling fans would look as out oplace as grandmother’s cut-glass chandelier, we are happy to report that room fans are also making a comeback.

It’s nice to know that, whatever the situation, there’s an economical, not to mention aesthetically pleasing, way to beat the heat. 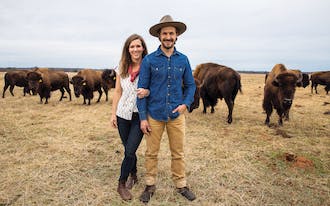 The Founders of Epic Provisions Give Ranching a Modern Look 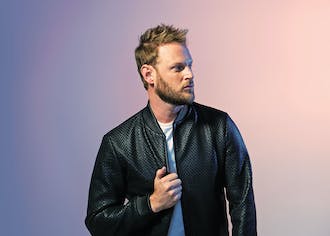 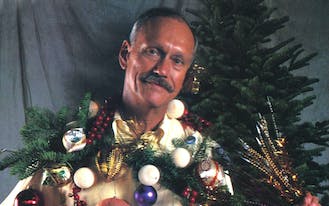