Hi, I’m Texas Monthly executive editor Mimi Swartz. In 2003 I wrote a book about the fall of Enron, Power Failure, with the company’s now-famous whistle-blower, Sherron Watkins. So much has happened since then that I thought it was time to update the story for those of you who’ve stopped paying attention.

Jeff Skilling, the CEO of Enron, was supposed to be the smartest, hippest corporate boss in America. Now he’s facing criminal charges of 35 counts, including securities fraud, and defending himself against countless civil suits.

Last April he was taken to a hospital after being found drunk and incoherent on the streets of New York. His attorney said police accounts of the incident were “grossly inaccurate.”

After commissioning a poll, Skilling asked that his trial be moved from Houston. One third of the respondents associated his name with words like “pig” “snake,” and “economic terrorist.”

The Federal Enron Task Force has Skilling surrounded. Andy Fastow, once Enron’s chief financial officer, cut a deal to testify against Skilling, as did Enron’s former head of energy trading. Other turncoats are waiting in the wings.

Fastow’s wife, Lea, a former Enron assistant treasurer, is serving twelve months for not reporting income on a tax form. When she gets out, he will go to jail for ten years. This way, someone will always be home to watch their kids.

Ken Lay, Enron’s chairman, used to get whatever he wanted, even from the President of the United States. That’s not true anymore; he asked to be tried separately from Skilling and Richard Causey, the disgraced former accounting chief, but the judge ruled he would be tried with those guys and then by himself.

Lay’s wife, Linda, had to close her antiques store, and the feds are threatening to charge her with insider trading. Defending her on his Web site, Lay wrote: “We need an investigation of the investigators.”

When Lay was indicted and did the perp walk, he was chatty, as always. Afterward, in jail before he posted bail, he was nice to his cell mates, who asked him for…investment advice.

Lay’s attorney uses what Sherron calls the “time zone excuse” to defend his client: “I don’t think you understand how many time zones Enron operates in.” Donald Rumsfeld used the same story to defend his ignorance about Abu Ghraib.

Meanwhile, the Enron legal fees keep mounting. They’re expected to top $1 billion in 2006. There’s even a lawyer paid by the court just to watch all the other lawyers.

It’s tough for former employees to see Lay and Skilling still living high on the hog. “Enron is about a lifetime of wounds,” wrote Cathy Peterson, whose husband lost his savings and later died of cancer.

Rebecca Mark, who built power plants all over the world, was Skilling’s biggest nemesis at Enron, but he pushed her out before the shenanigans started. She cashed out with $80 million and is free of all litigation.

Lay forced out his heir apparent, Rich Kinder, in 1996. Kinder, who always watched the books and never put on airs, went on to create a pipeline company called Kinder Morgan. He’s now worth $1.6 billion.

As for Sherron Watkins? She has a new life as a speaker and “leadership activist.” This year she’s speaking on corporate ethics in Charleston, Lucerne, and Rome, complaining about Hollinger, Citigroup, and lots of other big companies. “Corporate America hasn’t cleaned up its act,” she says. “The current business scandals are keeping me in business.” 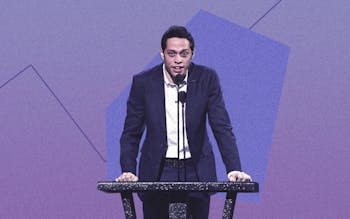