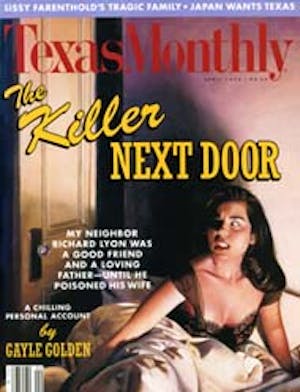 At first it seemed as if I would be the only person on the two o’clock tour of Alibates Flint Quarries National Monument, but soon another car pulled up and a family of four got out. Blinking in the sunlight, they entered the visitors’ center, a beige mobile home in a corner of a nearly empty parking lot. “Looks like we’ve got more customers,” said Wes Phillips, the ranger on duty, sounding relieved. Alibates, 35 miles north of Amarillo on the edge of Lake Meredith, is not the kind of vacation spot people flock to, at least not on a day like this in late summer, when the new black asphalt radiated visible heat waves.

Only three to four thousand people come to this isolated Panhandle location each year. Compared with well-developed public archaeological sites—such as the Caddoan Mounds of East Texas or even Lubbock Lake Landmark, 160 miles to the south—Alibates is a remote, seemingly impoverished place. Yet it yields some of the richest archaeological history in Texas and is one of the most important prehistoric sites in the Western Hemisphere.

Alibates was, in a sense, the Spindletop of its day. The resource found here—flint—was the foundation of a culture. The entire Canadian River region of the Panhandle is sprinkled with traces of prehistoric Indians, but Alibates is important because in this region the flint lies just below the surface in an undulating layer up to six feet thick. For thousands of years beginning some 11,500 years ago, Clovis people (widely accepted as the first Texans) and successive generations of Native Americans used and valued this substance. A massive, dense form of quartz, flint is found throughout the world, but Alibates flint comes only from this area. Beautiful as well as durable, it was traded all over the continent and has shown up in caches and burials in such far-flung places as Montana, central Mexico, and the Gulf Coast. In recognition of that significance, this eight-hundred-acre chunk of land was declared a national monument in 1965.

Visiting the quarries was like journeying back in time. I saw so few buildings along Texas Highway 136 on my drive in that it was easy to imagine the land before Anglo settlement. Erosion gave the stretched-out country a crumbled look, with red dirt visible in distant outcrops. Sage, mesquite, and yucca dotted the area, and all the colors were muted and soft except for the brilliant blue sky.

To reach the flint quarries from the visitors’ center, our group followed Phillips in our cars for about three miles into an enclosed area with a padlocked gate; the quarry is fenced to protect it from rock hounds. Phillips, 49, a short man dressed in national-park khakis, got out of his tan pickup and opened the gate for us to drive through. We would park here and walk another half mile to the quarry site.

In the sweltering summer heat, the furnacelike air dried out my lips and sinuses and mysteriously increased the clarity of the view. Along the horizon tiny heat waves rippled the landscape like a bright tapestry. In the distance the southernmost edge of Lake Meredith melted into the hills. The vastness of the scene helped me imagine the area as it must have appeared to the ancient Indians who came here in search of flint. Scanning the hardscrabble beauty of the Llano Estacado, I suddenly felt small.

The rock formation that contains Alibates flint was named, oddly, for Allie Bates, a local cowboy. Around the turn of the century, he was a foreman on a ranch that encompassed the quarry site, and he also served as a guide to Charles Gould, the Smithsonian Institution geologist who first described the white chalklike dolomite that bears the flint. Gould named the dolomite formation Alibates, and the quasi-exotic name stuck to everything else—flint, quarries, and monument.

Along the trail, Phillips pointed to chunks of flint poking out of dolomite boulders. Smooth and glossy, the flint was formed when siliceous minerals filled in pockets in the sediment that eventually became the dolomite. “Flint is harder than steel,” he said, “so you can see why the Indians wanted it. It was the best product that they could find for making their tools.”

Large grasshoppers snapped out of our way as we walked along. The loud variety, Phillips told us, was called a crackler, while an even larger kind was known as a lubber (meaning “clumsy”). Trudging uphill against the ever-present Panhandle wind made me tired, but somehow that added to the experience. If I were a Clovis woman walking up this very hill, I thought, I would lean into the wind easily instead of fighting it.

Looking out across the valley, I could envision a band of these eleven-century-old people. They would in all probability have resembled modern Native Americans. (The more recent 9,500-year-old skull of a woman found near Leander looks—with forensic sculpture restoration—like that of a modern Plains Indian.) With strong features and thick black hair, they would have been dressed in animal skins. Their language would have been an ancient Eurasian tongue, and they would have possessed fire, efficient tools, and the atlatl, a wooden spear launcher.

Clovis people appear abruptly in the archaeological record when they first entered North America. Crossing from Asia over the Bering land bridge, they traveled south on foot down an ice-free corridor that ran along the western edge of Canada. At that time, the end of the Pleistocene Era, the rich grasslands of the south-central U.S. offered abundant game to support the new immigrants.

Large animals, such as the giant bison, sloth, and American elephant (not a woolly beast, as is commonly thought, but similar to the modern elephant), grazed and browsed on the plentiful trees and grasses, and smaller ones—camels, horses, wild pigs, tapirs, and huge armadillolike creatures—roamed the continent. Man’s competitors for prey were the twenty-foot-tall bear and packs of dire wolves. The first scientific discoveries of Clovis artifacts were made in the late forties and early fifties in the Llano Estacado of Texas and New Mexico. The culture itself was named for Clovis, New Mexico.

As our group reached the top of a bluff, we saw what we had come for: thousands upon thousands of flint chips of all sizes—heaps of them in gray, red, purple, white, yellow, brown, and every shade in between. And this quarry hill was but one of hundreds throughout the Canadian River breaks. The most identifiable variety of Alibates flint is red-and-white striped—“The kind that sort of looks like good bacon,” Phillips said—but there were solid-colored pieces, as well as some shot through with a delicate lacy pattern. “The Indians didn’t like the flint that was cracked and weathered. They probably would have dug down to get a better quality rock,” Phillips said. If I had come upon a pile of rocks such as this on a hike, I would not have realized the significance of the material under my feet.

The simple pile of flint had its own resonance. Looking at this debris left by human beings was like looking into the distant past of our species. Among the litter were heavy round quartzite stones, some the size of grapefruits. These stones from the Ogallala formation had been the ancient flint miners’ hammerstones. Phillips passed one around and showed us how its edges were worn from being smacked against flint. When the others trooped ahead, I lingered at the flint pile, trying to hold in my mind the image of the primal Indian culture that had once hunted this river valley.

On the way back to our cars, the grasshoppers seemed even louder than before. My ears were now attuned to subtle buzzing tones that I had not heard on the way up. As we walked, Phillips pointed out wild plants. Some were indigenous, such as the gully-loving hackberry and the spiny catclaw mimosa, which locals sometimes call a “back-out bush.” Others were introduced, like the green Russian thistle, which breaks away from its roots to become that ubiq-uitous plains feature, the tumbleweed. The leaves of the plants rattled and whispered in the breeze.

After the mesmerizing heat of the flint pile and the endless blue sky, the mobile-home visitors’ center was dark and small. Phillips had promised us a demonstration of how the original Texans had fashioned their tools, so we gathered around him in the main room as he took a piece of gray flint in his left hand and a hammerstone in his right. With a few long strokes he broke the stone into an oblong blade. Then using successively smaller hammerstones, he lightly tapped the stone into an arrowhead shape. Finally, pressing firmly with a deer antler, he forced tiny flakes from the sides of the stone, creating a sharp edge.

Clovis spearpoints, he explained, were usually large—four to five inches long and more than an inch wide. The Indians removed long flakes from both sides of the base so that they could more easily haft, or fit, the points onto spears. In contrast, Phillips’ finished arrowhead was a small irregular triangle with notches at its base. He snickered at the quality of his handiwork, but we were impressed. When he passed the point around, it felt cool and smooth in my hand. The edge was so sharp that I had to be careful not to cut myself on it.

After leaving the visitors’ center, I drove down by the apron of Lake Mere-dith for one final look. What the place offered was so simple. I recalled similar monuments I had visited, and I couldn’t help comparing Alibates’ plain-vanilla setup with the busy interpretive center at Lubbock Lake, a well-visited site several canyons south that documents continuous human activity dating from the Clovis age. The museum at Lubbock Lake Landmark contains exhaustive, carefully designed exhibits and snazzy Kohler fixtures in the lavatories, while Alibates’ mobile home has only simple wooden displays, worn olive-green kitchen carpeting, and no plumbing. Lubbock Lake has a hands-on learning center and international student archaeologists doing fieldwork. At Alibates, the only person on duty is a ranger, who escorts people to the quarry and explains what it is.

Still, the spartan presentation in the trailer house on the Great Plains somehow fits the Clovis culture. Alibates’ simplicity reminds us that human ac-tivity makes a small imprint on this land. And yet, this primitive, improbable spot was a building block of Native American civilization.

Tours of Alibates are given at ten in the morning and two in the afternoon daily between Memorial Day and Labor Day. Reservations required at other times. For further information write or call: Superintendent, Lake Meredith National Recreation Area, Box 1460, Fritch 79036; (806) 857-3151.