IN EARLY 1998 IN BATON ROUGE, Louisiana, young authors Michael Griffith and Josh Russell were asked by their close friend Matt Clark, the coordinator of Louisiana State University’s graduate writing program, to take custody of his literary estate if he didn’t survive his battle with cancer. Clark died soon afterward at the age of 31, and Griffith and Russell put his only book-length manuscript, Hook Man Speaks, in the hands of New York literary agent John Hodgman, who championed the novel. Against all odds, it was published last October by Berkley Books, a Penguin Putnam imprint.

Inevitably, Hook Man’s publication evoked memories (especially at LSU) of John Kennedy Toole, who committed suicide before the LSU Press published his brazen farce, A Confederacy of Dunces, and was posthumously awarded the 1981 Pulitzer prize for literature. Though their lives and deaths were dramatically different, each author left behind just one completed novel for publication, but those books convey enough striking personality to ensure their authors’ legacies.

Hook Man Speaks is quiet and quirky—if it were a child, it wouldn’t demand your attention so much as make odd faces until you paid it some mind. Its premise is a hoot: What happens when one of the bogeymen of urban legend presents himself in the flesh? How does the reality square with the myth? Is this guy the real thing or just a copycat publicity hound? In Matt Clark’s hands, the result is a whimsical and offbeat blend of magical realism and fictional memoir that shows him to be a rare, if somewhat twisted, talent. He wants desperately to understand the mysteries of outsiderhood—motivated, perhaps, by his own experiences as a gay man from Decatur (population: 4,700).

That the book was published at all is nearly miraculous. In the early to mid-nineties Clark, Griffith, and Russell were a close-knit trio of grad-student writers at LSU. Each was destined for success—Clark at LSU, Griffith as the associate editor of The Southern Review at LSU (his first book, Spikes: A Novel, was published in February 2001), and Russell as an assistant professor in the English Department at Tulane University, in New Orleans (his critically acclaimed Yellow Jack was published in 1999). But things changed in January 1998 when Clark was diagnosed with cancer of the liver and colon and died just four months later. For Griffith and Russell, the matter of grieving for their friend was joined by the need to inventory his writings and assess the relative merits and potential of his countless short stories—and one novel. They were immediately taken with the quality of Hook Man Speaks and decided to try to get it published.

To that end, Russell enlisted John Hodgman, who pens the column Ask a Former Professional Literary Agent for mcsweeneys.net, among other journalistic endeavors. “Josh asked me to look at Matt’s manuscript,” Hodgman says. “I can’t describe how I felt after the first reading. Astonished. Extraordinarily happy to have this novel in my hands but incredibly saddened by the circumstances that had brought it to me.”

An accomplished first novel by a young, charismatic author would ordinarily find its way into print with a modicum of good fortune and a lot of legwork. But book publishers generally consider first novels an investment in a young writer’s future. Hodgman, Griffith, and Russell feared that Hook Man Speaks would not be an easy sell because they had a book but no author to market. There could be no book signings. No readings. No radio talk-show phone-ins. And, most decidedly, there would be no future novels from Matt Clark to justify a publisher’s leap of faith.

Hodgman recalls that his sales pitches were greeted with “the sort of callous commercial attitude that too often bedevils the book trade.” But his commitment to the project grew with each rejection until Bret Witter (then an editor at Avon-Spike) bought the manuscript. From there it followed a bumpy road through various publishers and their imprints until it landed with Susan Allison and Leslie Gelbman at Berkley-Penguin. “There were,” says Griffith, “half a dozen points at which the book might have been killed.”

But thanks to determination, luck, and perhaps fate, we now know Leonard Gage—the charmingly conflicted protagonist of the literally titled Hook Man Speaks. Leonard’s first-person narrative begins after he responds to an article in Harper’s magazine by one Dr. Brautigan, a professor of urban myth at a fictional university in Alpine, and fesses up: He is the fabled Hook Man, whose story, or some variation of it, is told around campfires across the country. As the legend goes, a teenage couple necking at the local Lovers’ Lane is spooked by a radio bulletin warning of a homicidal maniac on the loose. A murderous hook is his weapon of choice. They screech away at top speed, but when they get home (cue scary music), they discover a bloody hook dangling from the passenger-side door handle.

Yes, Leonard tells the professor, he sports a hook (courtesy of an accident on the family farm in Alvarado) and is voyeuristically inclined toward teen lovers in parked cars. But he has never harmed a soul. Other than his predilection for peeping, his great failing is a fear of commitment (which sends his frustrated girlfriend, Rosemary, packing). Leonard’s dual flaws drive the action (he seeks out Dr. Brautigan in Alpine and Rosemary in New Mexico) and define the nicely tuned character arc that traces his evolution from shy child to uncomfortable (read: weird) adult and then beyond.

Clark’s obsession with modern folklore becomes apparent as its oddball characters make unpredictable cameo appearances to dark comic effect. Like the Vanishing Hitchhiker, who haunts Leonard on his drive from El Paso to New Mexico; according to legend, she hitchhikes decked out in a prom gown, but drivers who pick her up find that she mysteriously disappears when they arrive at her destination (the elderly couple who answer the doorbell apologize and explain that this has happened every year since their daughter died in a car wreck—on prom night). Or Axe Man, who hides in little old ladies’ cars in shopping mall parking lots but turns up in the El Paso jail—not a myth, just a con with an attitude. Or the ghostly kids whose legend—they push stalled cars off the railroad tracks where their own car was creamed by a locomotive—Dr. Brautigan tries to debunk for Leonard. Clark’s ear for dialogue and his leisurely narrative style make him a joy to read. Witness this flashback of young Leonard’s trip to Lemon’s Prosthetics in Dallas to buy his first “hand” (post-accident but pre-hook):

“Are you nervous?” my mother asked me as we drove through downtown Big D. My left foot stamped an allegretto tattoo on the muddied floorboard of our faithful Ford.

I didn’t lie. Between my mother and me even bravery was no excuse for a maltreatment of truth. “Yes,” I said, “but excited, too.” . . . “I think I expected something less bright,” my mother said. “Someplace dark and dank, and below street level,” I added.

The woman inside picked up what looked like a mannequin’s hand off her desk and waved it at us.

Hook Man Speaks has the makings of a cult classic: It is sharply witty but bighearted and open-minded. Leonard Gage is a top-shelf antihero, conflicted and vulnerable and entirely misunderstood by society. And he carries a shiny pirate’s hook—what a great accessory. It’s hard to imagine Hook Man topping the New York Times best-seller list but easy to imagine dog-eared copies being passed around creative-writing classes for decades to come.

We’ll never know Matt Clark’s full potential—there will be no more novels, but the search will begin soon for a publisher for South/West, an anthology of his short stories divided into stylistic halves. The West stories are whimsical, surreal Texas tales in the mode of his best-known short story, “The West Texas Sprouting of Loman Happenstance,” which has been optioned for the movies by Star Trek actor Brett Spiner. The South stories tend to be more realistic; some feature a protagonist not unlike Clark himself—a young gay man who teaches English at a university in Louisiana and writes stories that, he hopes, will someday be published. 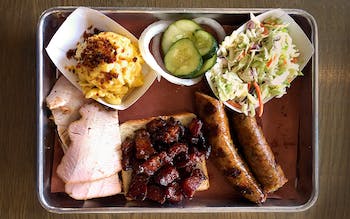 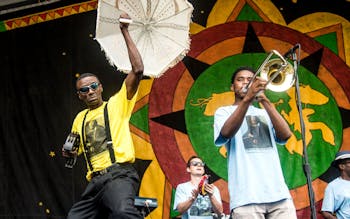 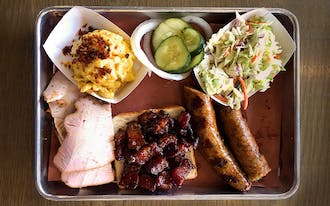 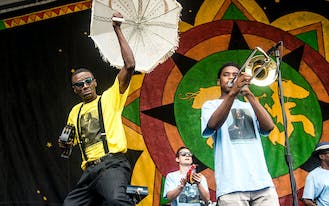 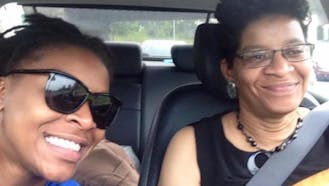 On ‘Contempt Of Cop,’ Jailhouse Suicide, And Sandra Bland