The Aurora movie theater shooting continues to haunt the nation. And three days after the rampage, the Office of Houston Mayor Annise Parker put out a bizarre-but-helpful PSA that the office had apparently had in the can for a moment such as this.

The video was commissioned in January of this year, according to Jessica Michan, Annise Parker’s press secretary. While the PSA was “finished about two to three weeks before the Colorado incident … we held it until it became relevant,” Michan told the TM Daily Post. Thus, the video was released on July 23, three days after the shooting spree.

The six-minute video, which has been viewed over a hundred thousand times on YouTube, is titled “RUN. HIDE. FIGHT. Surviving an Active Shooter Event.” It was produced in part with a grant from the Department of Homeland Security and boils down surviving a shooting into three simple plans of action: running, hiding, and fighting.

“It may feel like just another day at the office,” the voiceover intones over footage of a shooter dressed in all black walking into a workspace. “But occasionally, life feels more like an action movie than reality.”

The video then proceeds to detail the steps you need to take to survive, with summaries breaking down the plans at the end of every section.

“Our thoughts and prayers are with the victims of Aurora’s tragic shooting,” said Mayor Annise Parker in a July 26 press release. “I can’t imagine the horror and grief. If it is at all possible for any good to come out of it, perhaps it can be letting people know the options to consider if it happens again.”

Though the PSA contains some useful tips, the Internet does not seem sure what to make of it. A blogger at HyperVocal, who found the video something to “squirm through,” opined that “[i]t’s helpful, but the cheesy voiceover (‘Sometimes bad people do bad things’) and thinly veiled references to a certain ‘action movie’ make watching it pretty uncomfortable.” Daily Intel‘s Dan Amira dubbed the PSA “pretty intense” and noted that it “does seem like well-timed advice.” And it led BuzzFeed to wonder, “Was this video made for eight year-olds?”

The press release urges citizens to take action, repeating the refrain of “If you see something, say something.”

“We hope our residents are never confronted with such an event,” said Dennis J. Storemski, Director of the Mayor’s Office of Public Safety and Homeland Security in the release. “But we want to prepare them with some of the important information if they ever find themselves in this situation.” 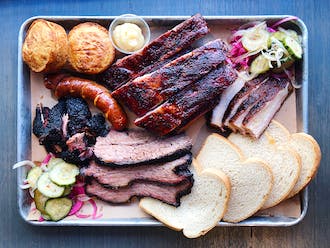 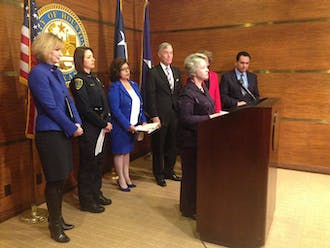