The Harris County’s District Attorney’s Office’s case against Jeffrey Stern, the personal injury lawyer accused of taking out multiple hits on his wife, appears to have unraveled, and the office dropped all charges Tuesday.

The case had been slated to go to trial on Friday. But, upon a final review of all of the evidence, the DA’s office decided to reverse course because of “insufficient corroboration of accomplice witness testimony,” according to 20/20’s Kevin Dolak.

“This has been a case in which the evidence has continuously evolved,” First Assistant District Attorney Jim Leitner said in a statement. “We have remained true to our mission by examining information objectively, weighing our decisions carefully, and acting prudently. Ultimately we have come to the conclusion that, at this point, the available evidence is not sufficient to justify taking this case to trial.”

Stern had been accused of conspiring with his mistress, Michelle Gaiser, to take out three hits on his wife, Yvonne Stern, the Houston Chronicle‘s Brian Rogers reported. Yvonne Stern—who escaped unscathed in two of the alleged attempts on her life but was shot in the stomach in the third—had initially filed for divorce after being shot. But then she had a change of heart and reconciled with Jeffrey, standing by his side during his many court appearances. (And in March Yvonne Stern filed a civil lawsuit against Gaiser.)

Jeff Stern, his wife Yvonne and their children are relieved and grateful that their two-year nightmare is over,” Nugent said. “As much stress and pain as the Stern family has gone through, justice has prevailed. The charges have all been dismissed, and they can go on with their lives.

Yvonne Stern’s attorney relayed that she was also relieved by the news. “She remains extremely grateful to the first responders and medical professionals who saved her life, and sincerely appreciates all of the hard work of the law enforcement officials who have worked tirelessly to bring the true perpetrators to justice,” Chip Lewis said in a statement, according to Rogers.

This curious case had transfixed Houstonians since 2010 (CultureMap‘s Sarah Rufca even dubbed it “Houston’s most gloriously lurid murder case in this decade”), and was the subject of a long feature by Skip Hollandsworth in the February 2012 issue of TEXAS MONTHLY. “Since June 2010 … it had been hard to find anyone in Houston who hadn’t followed all the jaw-dropping twists and turns in what one observer called ‘The Great Stern Shoot ’Em Up,'” Hollandsworth wrote at the time.

While reporting the piece, Hollandsworth met Yvonne Stern for lunch and she stressed repeatedly that she did not believe the accusations against her husband.

I’ve had people ask me, ‘Why didn’t you wait and see what the real truth is about Jeffrey before you took back the divorce?’ Look, it broke my heart when Jeffrey had that affair. But let’s be honest, it was all about sex. He never once talked to me about feeling unhappy in our marriage. And if he was unhappy, he’s the type of man who would have come straight to me and asked for a divorce. He wouldn’t have come up with some crazy murder plot. Please. As I told the police from day one, my husband is incapable of murder. I actually told the detectives that my husband is Jewish, and Jewish husbands don’t kill their wives. They buy them jewelry.

In June, Hollandsworth reported on developments that Gaiser was working from jail to try and have Jeffrey Stern offed. Gaiser had accepted a plea deal to testify against Stern, which was yanked when these allegations came to light. In his post about those allegations, Hollandsworth predicted the case might end this way: “The trial is scheduled for the last week of July—if there is a trial. Allen just might throw up her hands and drop all charges against Jeffrey. And that would be the biggest bombshell of all.” 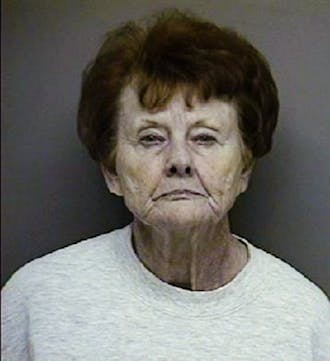 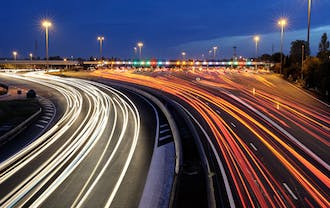 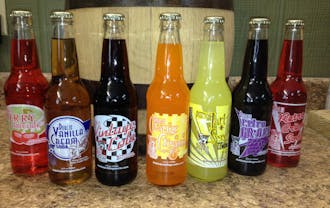 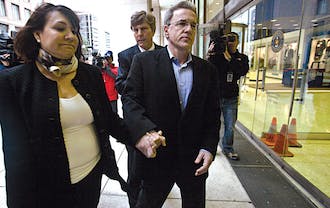