On November 8, Zena Stephens, the chief of police at Prairie View A&M University, was elected sheriff of Jefferson County, in Southeast Texas, making the 51-year-old Democrat the state’s first female African American sheriff. Stephens, who was born and raised in the county seat of Beaumont, was previously an officer with the Beaumont Police Department and spent eleven years as the sheriff’s deputy chief. In December she assumed control of a department that has more than four hundred employees and a budget of $40 million.

Michael Hardy: Why did you decide to go into law enforcement?

Zena Stephens: I had just graduated from Lamar University and needed a job. I was going to go to law school, but the Beaumont Police Department was hiring. So I put in my application and I got hired almost immediately.

MH: Did you grow up wanting to be a cop?

ZS: One of my cousins was talking about this during the election campaign, and she said, “You were always the person in our family who made us do the right thing.” I was always mediating. I never wanted to see people fighting.

MH: What was the Beaumont Police Department’s racial composition at the time you joined?

ZS: I graduated from the police academy in 1989, and there was only one other African American female at the time [in a department of about two hundred officers]. Certainly the department has never been representative of the community. I probably never expected it to be, though. You just never saw a bunch of African Americans in law enforcement back then. I did some recruiting for the BPD in the nineties, where I would travel to all these historically black colleges and try to get students to consider going into law enforcement. It was just not an attractive field to minorities. So I hope with my being elected sheriff we can change the view that young people in general—not just African Americans—have about law enforcement.

MH: What was your experience like in the BPD?

ZS: I started out on the streets, and I worked patrol for four years. We answered a lot of calls. Growing up, I was kind of sheltered—my mom was a nurse’s aide, my dad was a refinery worker—so I’d never seen some of the things I experienced later. And I loved it. You know, a lot of the people we encountered weren’t hardened criminals. You watch Cops, and you think it’s about taking people to jail. But we did a lot of other things too.

I remember cleaning out our closets at home and giving sweaters to some of the people I had arrested. It was funny, because my husband and I would be driving around, and we’d see people wearing our old sweaters. Many of those people were victims of circumstance. They didn’t come from the kind of stable family that I did. Plus, I grew up in that community, so some of the people I was dealing with as a police officer, I knew them. 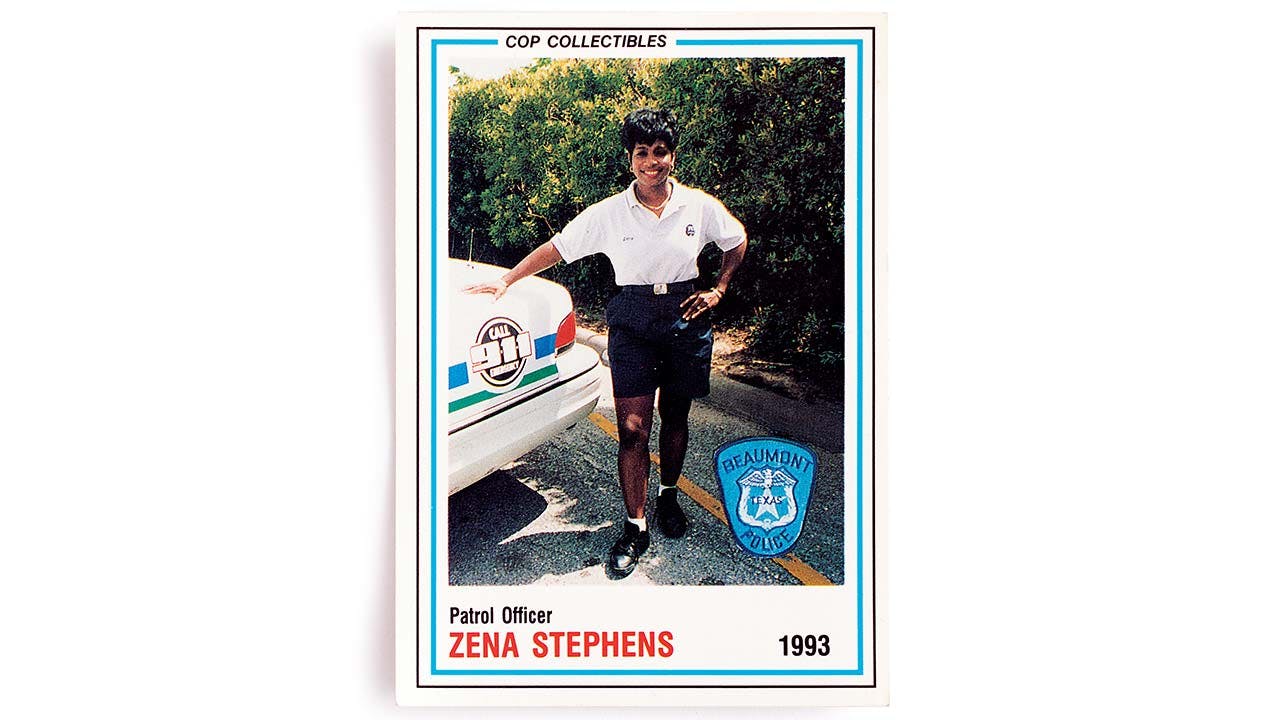 MH: I’m sure that helped, to have those community connections.

ZS: It did, especially in certain areas of the city. I remember one day BPD had put out a stolen-car alert, and I saw that the car was right in front of me. The guy took off, so we got into a chase. He ended up turning onto a street I knew was a dead end, but he clearly did not. He bailed out and I pursued him. Finally he reached another dead end and turned around. I had my gun pointed at him. He said, “Lady, please don’t shoot me.” And I said, “Don’t worry, I’m not going to.” And we just sat there until backup arrived.

MH: That sounds like the kind of situation we’ve been hearing a lot about in the news these days, except without such a positive outcome. What’s going wrong in these high-profile police-involved shootings?

ZS: I think it’s a lot of things. I am a proponent of community policing. Part of my plan for the sheriff’s department is to get people to reengage in the community. If you know the community, you know the people with mental health issues, the people who are the chronic criminals, and the people who aren’t part of that community. Relationships are important. You’re less likely to be victimized by people you know. You’re less likely to be mean to somebody whom you’ve had interactions with before.

MH: You eventually moved to the Jefferson County sheriff’s office, where you rose to become deputy chief. Why did you leave in 2013, to become chief of police at Prairie View A&M?

ZS: I think God puts you where you’re supposed to be. I had worked in the sheriff’s office for seventeen years. I had been deputy chief for eleven years. That’s a long time to be number two, and I wanted to be number one somewhere. Being number two was the hardest job I’ve done in my life. That’s not a bad thing; it’s just that sometimes you see things that you’d like to change, but you’re not number one.

MH: You were the Prairie View A&M police chief when Sandra Bland died in police custody, in 2015. How did you handle that?

ZS: I was at a training session in San Antonio when I heard that she had passed. I started monitoring Facebook, and I could see the controversy building. What was important for me was to make sure our students had all the information. Some people thought there might be rioting or something bad on our campus. I told everyone to calm down while I got all the information. We were able to keep a lid on things here. Look, everybody still has their own opinion about what happened. My big thing was to get all the information before we react, or overreact.

MH: Fast-forward to last year, when Jefferson County sheriff Mitch Woods announced that he was retiring and you decided to run for his seat. Had you ever been at the center of a political campaign before?

ZS: Never. It was tough, because my daughter was a senior on the UT-Austin softball team, and my husband and I had always traveled to all her games. I knew I would have to miss some of the games because of the campaign.

ZS: My team consisted basically of my father, who is 82, and my mother, who is 75. They were at my campaign headquarters every day. Along with my treasurer, that was my core group of people. And we included a few of our family friends. One of the things I told my team was, no matter what happens, we’re going to take the high road. We’re not going to go negative. I was just tired of everybody fighting. I knew it would be an uphill battle. I mean, I got elected in a county that voted for Donald Trump, which means I got crossover votes. I attribute that to the fact that I grew up in the community and people knew and respected me.

MH: What will your top priorities be as sheriff?

ZS: I think we’ve gotten away from teaching young cops some of the basics of how to be good cops. Everybody keeps talking about teaching cops how to de-escalate, but if we don’t hire people who have the ability to show compassion and patience, then we can’t teach them to de-escalate. You have to have certain character traits. It’s important to hire people who have not just educational achievements but who possess the character traits that are important.

MH: How do you figure out who has those traits?

ZS: That’s the difficult part. You have to talk to people and see where they come from. I’ve interviewed people who said, “I just want to take the scum off the streets.” Well, I find that a little concerning. First of all, define “scum.” So I think we need to ask more than just police-related questions during the interviews. You know, How did you grow up? Who did you interact with? I had one applicant who had never, ever been around African Americans. Didn’t grow up with them. And that’s not unusual. It doesn’t mean that kid’s a racist. But now we’re going to ask that person to police an African American community?

I also think we need to do better job in training. For instance, it’s important to know that you can survive a fight. When I was in the academy, we learned how to fight. We learned that you can take a punch and it won’t kill you. Not everything requires us to shoot. We have to put our egos aside and be professional.

MH: You may be a newcomer to politics, but you seem like a natural at it. Would you ever consider running for a higher office?

ZS: Being a sheriff was never a dream of mine—I just wanted to be a good police officer. I love being out there and making a difference. But then Sheriff Woods decided to retire, so this opportunity came up. I’ll never say no to anything, because I don’t know what the future will hold. Like I said earlier, I think God puts you where you’re supposed to be.