An ambitious female politician, well-regarded by her constituents but not very well known outside of Texas, delivers a galvanizing speech that thrusts her into the national spotlight. Seizing her political moment, she runs for governor — and soon finds herself in a knock-down, drag-out fight with the male, Republican-establishment candidate.

In 2014, this is, of course, Wendy Davis, the Fort Worth state senator who became known last year for leading a filibuster of legislation restricting abortion rights. But more than 25 years ago, the politician was Ann Richards, who emerged on the national stage when she was Texas state treasurer and gave a fiery, funny keynote speech at the 1988 Democratic National Convention. (“Poor George, he can’t help it — he was born with a silver foot in his mouth.”)

Her speech, which was critical of George H. W. Bush and the Reagan administration, made history and is featured in the opening scenes of “All About Ann: Governor Richards of the Lone Star State,” a documentary about Richards, who died in 2006 at 73, that premieres Monday on HBO.

“We had basically finished editing the film by the time that Wendy announced for governor — so it was really all a coincidence,” said Keith Patterson, who directed the documentary with Phillip Schopper, an Emmy-winning editor. “But you can’t help but make comparisons between the two, for sure. Ann was real tough, and made a lot of changes, and said, ‘We’re not going to do things the same way that we used to.’ ”

Patterson added: “I think that’s what connects her and Wendy — that willingness to stand up against the good old boys.”

“All About Ann” features interviews with many of Richards’s political contemporaries, alongside boldfaced names like Bill Clinton, Tom Brokaw and the gossip columnist Liz Smith. The film took an unusual path to broadcast as Patterson, who lives in New York, had previously directed with Jack Lofton “Ann Richards’ Texas,” a documentary screened at several film festivals in 2012 and 2013.

HBO executives saw that film and considered acquiring it for broadcast. But Sheila Nevins, the president of the network’s documentary division and an executive producer of “All About Ann,” said she thought critical elements of Richards’s story were missing, like details about her life after losing her re-election bid to George W. Bush in 1994.

“I thought we should include Liz Smith, because I wanted to give it a New York tilt — otherwise it would be Ann only of Texas, and I wanted to make it bigger,” Nevins said. “(In her final years, Richards divided her time between homes in New York and Austin.)

Nevins paired Patterson with Schopper, who had worked on several earlier HBO projects, and the men spent about a year researching, conducting interviews and editing the film. “Doors open, and footage gets found when HBO is calling for it,” Patterson said. (Although many new interviews were conducted, the filmmakers also used footage from interviews originally filmed for “Ann Richards’ Texas.”)

“All About Ann,” which runs 80 minutes, avoids explicit partisanship and makes no direct connections to the current governor’s race. Davis was interviewed, and is thanked in the credits, but she does not appear in the film.

“When you are doing a bio of someone, you don’t want to generalize her life in terms of other political forces or other political campaigns,” Nevins said. “When you look back, you want to remember Ann as a woman of her time.”

Still, there’s no mistaking that many feel that Richards story is especially relevant right now. “All About Ann” comes on the heels of “Ann,” a one-woman show written and performed by Holland Taylor, which played last year at the Vivian Beaumont Theater in Lincoln Center. (Though not considered a financial success, the show earned Taylor a Tony nomination for Best Actress in a Play and an Outer Critics Circle award for Best Solo Performance.)

Observers differ, though, as to the precise nature of the public’s fascination with Richards.

“There is this contrast between the way Texas politics are perceived by the rest of the country — with Ted Cruz and Rick Perry, it seems like the reddest of the red states — and then there are people like Ann and Wendy Davis,” said Jan Reid, the author of the 2012 biography “Let the People In: The Life and Times of Ann Richards.”

According to Cecile Richards, Richards’s daughter and the president of the Planned Parenthood Federation of America, the current Ann Richards revival may have less to do with partisanship than a collective yearning for more approachable and human-seeming politicians.

“She was funny and said what was on her mind, and she was very clear about her own failings,” Richards said. “She was a kind of a cultural figure that cut through politics as people knew it.” (The younger Richards appears in “All About Ann.”)

As to whether “All About Ann” marks the culmination of cultural attention to Ann Richards, or merely the tip of the iceberg: Well, on one hand, there are no other major books or films about the governor in the works.

But as Richards noted: “I can only hope that someone writes the Ann Richards musical. She was famous for throwing an entire room off key, she had no musical ability whatsoever — so that’s why that would be sweet justice.” 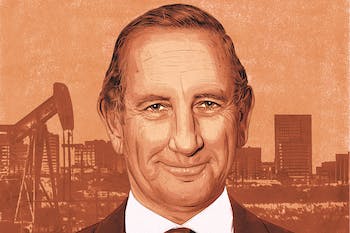 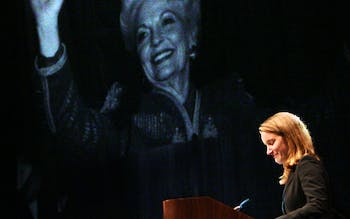 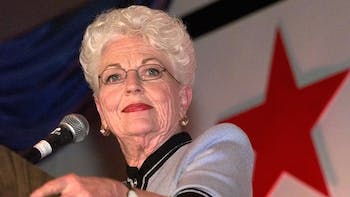 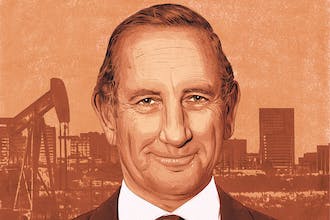 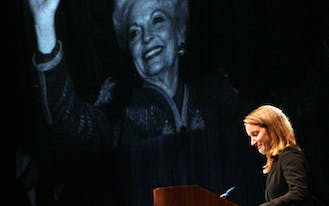 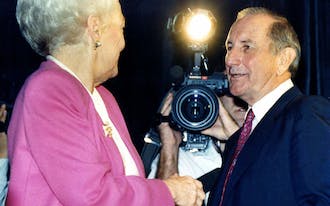 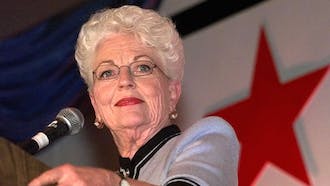 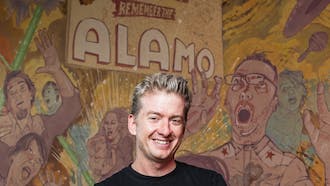 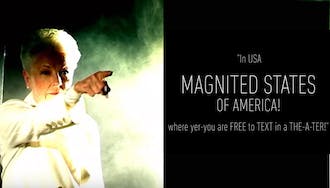 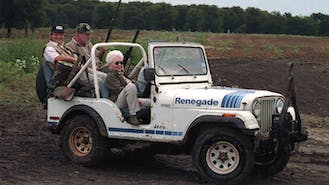 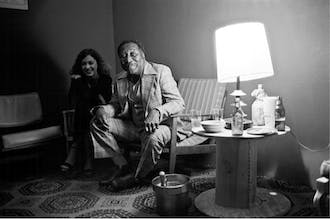 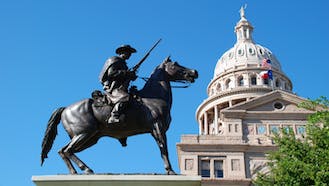 Blue Skies Smiling at Me 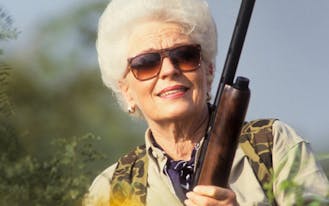 The Renaissance of Ann