“Doing more with less” seems to be the new reality for Texas’ schools, which are juggling $5.4 billion in state-level cuts to education while learning a new testing regime.

In a dispatch from Hutto, the New York Times‘ Houston correspondent Manny Fernandez chronicles how superintendents are being forced to treat their school districts like companies. As Fernandez reports, Hutto Independent School District saved $25,000 this year by cutting bus service to students living within two miles of school. “It’s buses or teachers, and we’re choosing teachers,” said Karen G. Rue, superintendent of Northwest I.S.D., near Fort Worth, which has also slashed bus service. But not all teachers were saved during the cutbacks–schools across the state have shed some 10,717 teaching jobs and eliminated 25,286 jobs altogether.

What other solutions are districts implementing in order to deal with the deepest budget cuts in state history? According to Fernandez:

Like chief executives of struggling corporations, superintendents have been cutting back on everything from paper to nurses and have had to become increasingly creative about generating revenue. They are selling advertising space on the sides of buses and on district Web sites, scaling back summer school, charging parents if their children take part in athletics or cheerleading and adding periods in the school day so fewer teachers can accommodate more students.

Thanks to the ticket-buying frenzy surrounding the record Mega Millions jackpot on March 30, the Texas Foundation School Program received roughly $37.5 million. (In Texas, almost forty percent of proceeds from the lottery ticket sales go towards this school funding program, and last month’s ticket sales were record-breaking.) But this money was just a smidgen of relief more than a jackpot for schools: “It’s a drop in the bucket,” Lisa Dawn-Fisher, the Texas Education Agency’s chief school finance officer told the Houston Chronicle. “It’s such a small fraction of the education budget.”

In the face of all this belt tightening, more than half of the state’s 1,024 school districts have joined onto five school finance lawsuits. As for the rest of the districts? Well, as Anna Whitney points out in the Texas Tribune, many of them are so strapped for cash they just can’t afford to enter the fray. 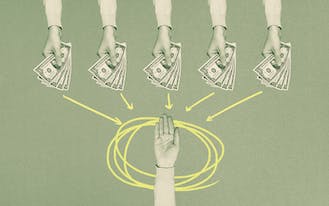 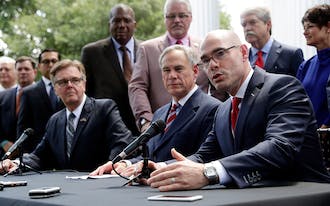 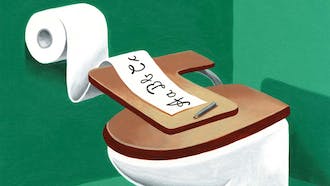