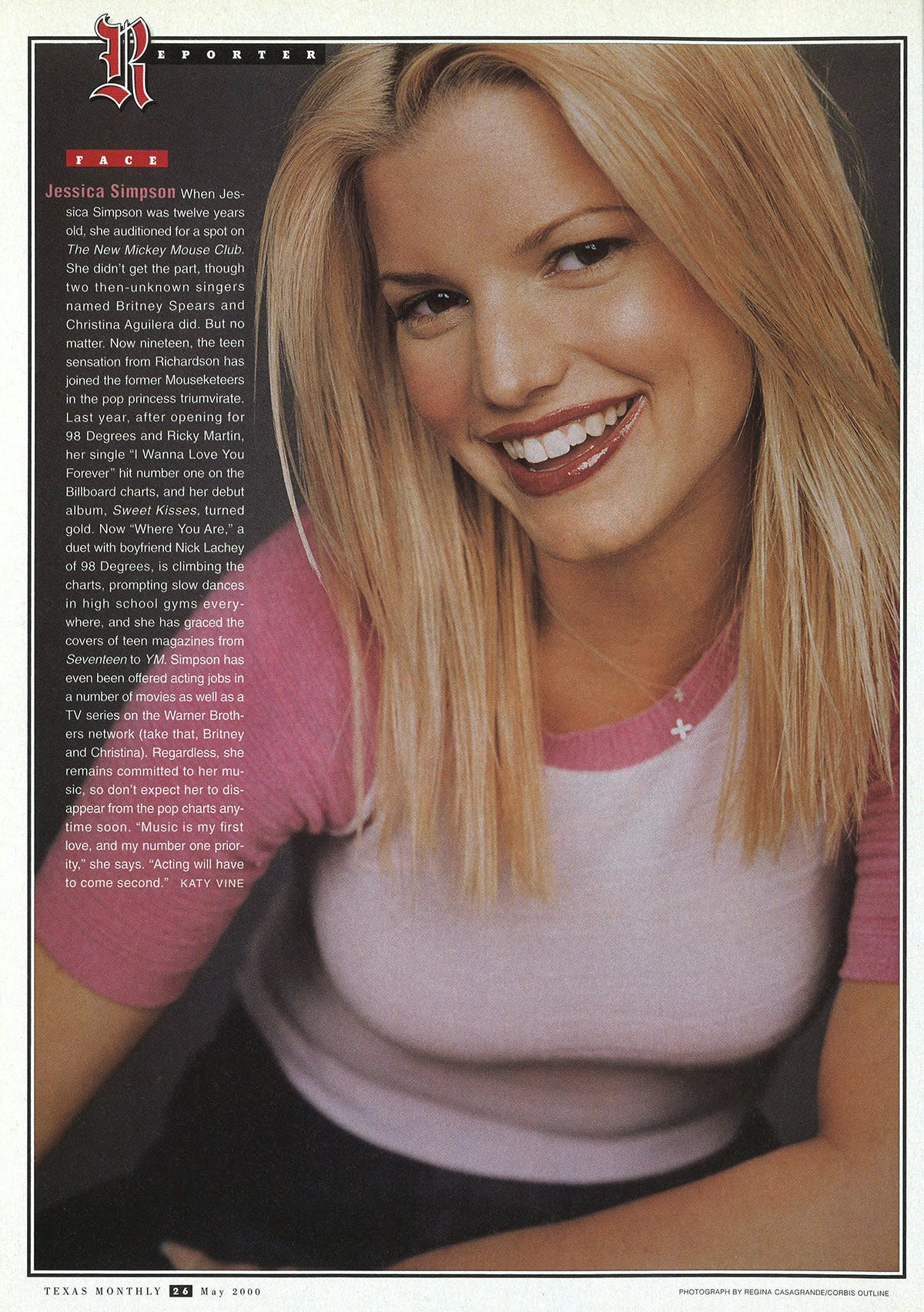 When Jessica Simpson was twelve years old, she auditioned for a spot on The New Mickey Mouse Club. She didn’t get the part, though two then-unknown singers named Britney Spears and Christina Aguilera did. But no matter. Now nineteen, the teen sensation from Richardson has joined the former Mouseketeers in the pop princess triumvirate. Last year, after opening for 98 Degrees and Ricky Martin, her single “I Wanna Love You Forever” hit number one on the Billboard charts, and her debut album, Sweet Kisses, turned gold. Now “Where You Are,” a duet with boyfriend Nick Lachey of 98 Degrees, is climbing the charts, prompting slow dances in high school gyms everywhere, and she has graced the covers of teen magazines from Seventeen to YM. Simpson has even been offered acting jobs in a number of movies as well as a TV series on the Warner Brothers network (take that, Britney and Christina). Regardless, she remains committed to her music, so don’t expect her to disappear from the pop charts anytime soon. “Music is my first love, and my number one priority,” she says. “Acting will have to come second.”