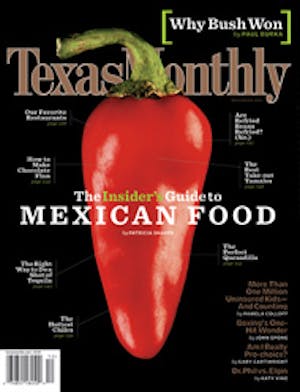 Ten years ago, contributing editor Turk Pipkin’s novel, Fast Greens, centered on a teenage boy coming of age during the course of a nine-hole golf match. In his new book, The Old Man and the Tee: How I Took Ten Strokes Off My Game and Learned to Love Golf All Over Again, which was published this past September by St. Martin’s Press, Pipkin reminisces about his own experiences on the course. Here he discusses the art of writing, reconnecting with golf and family, and appreciating life.

texasmonthly.com: How was the writing process for a memoir different from that of a novel? Do you enjoy writing one type of book more than another type?

Turk Pipkin: The Old Man and the Tee was both the hardest and the most enjoyable book I’ve written. I’ve never heard of any golfer who’s played for years suddenly finding a way to take ten strokes off his game. I was also trying to do this in memory of my father, so my emotions were zooming up and down like a roller coaster. The really hard part wasn’t describing the golf but finding a way to convey how much it all meant to me. Fiction or nonfiction, if there is a type of book I prefer to write, it’s one that has heart and hopefully rings true in every paragraph and page.

texasmonthly.com: What is your first golf-related memory?

TP: I’ll never forget my dad taking me to the golf course when I was about seven years old. He handed me an iron that had been cut down to my size, dropped a ball on the ground, and said, “Just hit it.” To this day, it’s probably the best golf advice I’ve received. It’s not bad in the life department either.

texasmonthly.com: When and how did you lose interest in the game? What brought you back to it?

TP: I never really lost interest in golf, but when I was eighteen years old and facing the possibility of being ordered to Vietnam, playing golf was a low priority. Once I stopped playing, I didn’t tee it up for several years. I was lucky enough to be invited by Texas songwriter Steve Fromholz to play with his group at Willie Nelson’s Pedernales Country Club. I showed up with a set of old, rusty clubs and asked where the driving range was so I could warm up. Willie pointed at the fairway and said, “Right there.” Somehow I managed to smack one down the middle, and I haven’t looked back since.

texasmonthly.com: You took a year off from work and traveled around the world, focusing on improving your game and reconnecting with the sport. What drove you to go to such an extreme—why not practice on the weekends or take a more conventional approach?

TP: After my dad had a stroke, I rushed back to Texas from Pebble Beach, where I had been covering a tournament. Luckily, he had a bit of a rebound, and I got to spend a few more hours with him. We were watching the Pebble Beach Pro-Am on television—just like when I was a kid—and one of the last things he said to me was that the course looked so beautiful, the two of us should have played there together. So perhaps my year-long commitment began out of guilt, but the amazing thing was that my dad—at a time when his body and mind were too far gone to accomplish even simple tasks—still found a way to reach out to me and work a true miracle in my life. At his funeral, I thought he was gone forever; but by the end of my year, I realized he will always be with me. I don’t think weekend golf would ever have brought me to that realization. Instead, I pursued my dream full tilt.

texasmonthly.com: Will people unfamiliar with golf enjoy this book? What will they get out of it?

TP: I’ve had some very positive reactions to the book from readers who don’t play or even know that much about the game. They may skip a couple of the detailed lessons, but they definitely don’t skip the book’s stories about the great old men who’ve been my friends and mentors. You don’t have to be a golfer to see the beauty of Harvey Penick and Byron Nelson, or to understand the jokes of Willie Nelson and George Plimpton.

texasmonthly.com: Some sports fans enjoy comparing life to a baseball game. Do you think a similar metaphor could be made between life and a round of golf?

TP: My feeling is that golf is golf and life is life. If you confuse the two, you’re likely to not reach your full potential in either one. The only cure to the speed at which life passes is to open your eyes to the never-ending cycle of birth, joy, learning, love, loss, and sorrow—all of which exist for just one simple goal, the celebration and exaltation of life itself. Golf is a part of that celebration. “Just hit it,” then marvel at the simple miracle of a ball in flight.

texasmonthly.com: What is your favorite memory from chronicling your journey for this book?

TP: My most entertaining memory was playing chess and talking trash with Willie Nelson. Willie, by the way, won at both, though he did give me a great quote for the book, calling it, “The greatest golf quest since Don Quixote birdied the windmill hole!” My most miraculous memory was making birdie on Pebble’s tough par-3 17th when birdie was what I needed to save my year.

texasmonthly.com: You’ve written fiction and nonfiction, acted in movies and on television, and been on a stand-up comedy tour with Rodney Dangerfield. How did you get involved in all of these various forms of entertainment, and is there a form you favor over the others?

TP: My days doing stand-up comedy are pretty much behind me, but I’ve been lucky enough to use the experience I had performing—whether it was on street corners, on stage, or in concert halls—to carry me through the acting roles that somehow keep coming. My role as Janice’s narcoleptic boyfriend in “The Sopranos” brought me a little notice, and this year I had roles in The Alamo, Friday Night Lights, in Rick Linklater’s upcoming film, A Scanner Darkly, and in Mike Judge’s upcoming film, 3001, which is going to be one of the funniest movies of 2005.

texasmonthly.com: Do you plan on writing more books? What projects are you working on now?

TP: I have many books in the works and in my head. I need to find a publisher for All for Love, which I think is the best book I’ve written. It centers on a father and daughter who are lost at sea. I’m also hard at work on the book version of a feature documentary film I’m currently directing. “Nobelity—Conversations With Beautiful Minds” is a look at the future of humankind as seen through the eyes of Nobel Laureates. I’ve filmed some incredible interviews with Desmond Tutu, physicist Steven Weinberg, nanotechnologist Rick Smalley, Dr. Harold Varmus of Memorial Sloan-Kettering Cancer Center, and Jody Williams, who was awarded the Nobel prize for peace for her work as the head of the International Campaign to Ban Landmines. I have more interviews to conduct, both in the States and abroad, but I’m confident the movie and the book will be an eye-opening look at the kind of things we need to be pursuing with great passion and energy to guarantee a hopeful future for our children and grandchildren.