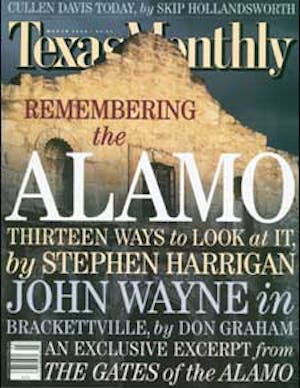 Max Watson is having one of those mornings. The chairman of BMC Software is late to an eight o’clock appointment at the company’s west Houston headquarters because he got stuck in bumper-to-bumper traffic on the 610 Loop. Running through the door, he grabs a cup of coffee and rushes to a meeting with some new salespeople, only to find out that it has been rescheduled. Then he waits to meet with an investor from Chicago who’s a little late himself. “It’s like having a day when you’re supposed to be traveling and your trip is canceled,” he says. “You have a day with nothing.” If anyone can turn a nothing day into something, it’s Watson. The fast-talking 54-year-old has been moving at a breakneck pace the past few years, radically transforming BMC from a provider of communications software for mainframe computers into a multisolution provider for all kinds of systems. “Our focus and our commitment to our employees and customers remain intact,” Watson says. “But we’ve changed about everything else.”

Think of BMC as a Norton Utilities for big computer-reliant companies such as banks, credit card issuers, and airlines. Its five-hundred-plus products speed up databases, prevent unplanned outages, predict and remove computer bottlenecks, and recover system assets, making it invaluable to companies that want to do business via the Internet. “Max Watson has done a remarkable job in getting BMC turned around from a totally focused tools company to a business-solutions company,” says Richard L. Ptak, the vice president of systems and application management for the Hurwitz Group, a consulting firm based in Framingham, Massachusetts. “He’s made it a serious contender in e-business.”

BMC wasn’t launched on Watson’s watch, meaning it’s one of the few software companies in the U.S. today that’s not run by its founder. The company was started in 1980 by John J. Moores, now the owner of Major League Baseball’s San Diego Padres, to develop software that would enable companies’ mainframes to talk to each other. Moores hired Watson—who was born in New Orleans, graduated from Louisiana Tech, and worked in sales at both IBM and Wang Laboratories—as one of his first few sales managers in 1985. At the time, the company had annual revenues of only $8 million. “I always thought BMC stood for ‘Buy More Code,’” he cracks. (In fact, “BMC” are the initials of the last names of the company’s founders, though the joke is that it stands for “Big Mainframe Computer.”)

Watson quickly moved up the corporate ladder, rising to senior vice president of sales and marketing in two years’ time, then to executive vice president and chief operating officer in January 1989, and then to president and chief executive officer in April 1990. When Moores retired as chairman in 1991—keeping a 35 percent stake in the company that would be worth $415 million by the time he sold it the following year—Watson took the top title as well.

If Moores is credited with creating a valuable product, Watson is hailed for building on it. Since he took over as CEO, BMC’s annual sales have grown tenfold, from $139.5 million in 1991 to $1.3 billion in 1999 (Watson expects to do $1.7 billion this year). Its employee rolls have also grown, from 750 back then to 6,500 today. The company has gotten so big, in fact, that Watson had to divide it into six operating units just to keep up with it all.

Much of BMC’s recent growth has come through acquisitions. In March 1998 the company paid $285 million in stock for BGS Systems of Waltham, Massachusetts, which develops performance and prediction software. Eight months later, the target was Boole and Babbage, a developer of mainframe-monitoring software based in San Jose, California; it was bought out for $730 million in stock. In April 1999 BMC paid approximately $675 million—in cash—for New Dimension Software, a Tel Aviv-based developer of job scheduling software. And that’s just the beginning: Watson says he’s on the lookout for more.

His main focus now is pushing BMC’s Internet solutions to corporations. It already has some well-known customers: Its software predicts and prevents power outages at Amazon.com (which it did at the start of the busy Christmas shopping season last November), helps travelers track their frequent flier miles at Continental Airlines’ Web site, and manages account information for stock traders at National Discount Brokers. “The expectations of the end user are so high that you expect it just to be magic,” Watson says. “But these things were never meant to work together when they were originally built. We provide a way to manage them in a consistent manner and for maximum availability.”

Despite coming from the starched-shirt culture of IBM, Watson has a somewhat relaxed management style. He believes that if you treat your employees well, they’ll work harder for you. He also gives them independence; he says it’s good to have a little “controlled chaos” in an industry that’s changing as fast as software is. “I tend not to have a particularly structured environment, although we’ve had to do more as we’ve been growing,” he says. “I think a certain amount of ambiguity is important, so people can make independent decisions and try different things.”

Watson has created the right atmosphere for it. BMC’s offices are fanciful, with cowskin-lined elevators, basketball and volleyball courts, mural-lined lunchrooms (one is called the Dot Commissary), and even a new “think e-room,” where employees can bounce ideas off one another surrounded by inflatable furniture, tie-dye, and lava lamps. (“It all came from my attic,” Watson jokes.) BMCers, as they’re called, also enjoy free munchies and drinks, and every day is a casual-dress day. And to keep his workers on campus, Watson offers such amenities as dry cleaning services, car washing, and banking.

He also compensates his employees well: Entry-level hires with little or no experience start at $40,000, and non-executive salaries average around $85,000. Executives are awarded stock options and bonuses and lead software developers get a percentage of the sales of their new products. The press has been impressed: Fortune included BMC on its 100 Best Companies to Work For list last year and this year, and the men’s magazine P.O.V. named it the coolest place to work in America last September. Perhaps that’s why Watson has managed to snare seasoned executives away from Dell Computer, Compaq, and IBM.

Cool, however, doesn’t mean laid-back. On a morning last fall, employees rushed from meeting to meeting and from office to office, taking little time to rest by the company’s reflecting pool, snooze in one of company’s hammocks, or drink a cappuccino in one of its break rooms. They were probably taking their cue from Watson, who sets an example by always being on his toes and getting to point at the start of every conversation. Indeed, he says, there isn’t much that agitates him more than waffling. He was recently sitting in on a meeting about a potential acquisition, he recalls, when it became clear that nobody in the room could make a decision. “Halfway through the scheduled time, it was obvious to me what we ought to do, and that was not to do it,” he says matter-of-factly.

If Watson hates waffling, he really hates what he considers to be unfair play. He gets visibly perturbed when asked about a legal spat he recently had with his old boss, John J. Moores. In 1995 BMC filed suit against three of Moores’ software companies, including California-based Peregrine Systems, after they hired away seven of its executives. BMC worried that former employees would share company secrets and try to develop competing products. Peregrine countersued, saying that BMC was attempting to squash its initial public offering. Last fall the two sides settled, but BMC ultimately lost big: Its earnings took a $38.8 million hit because of settlement and legal fees in the second quarter. “It was unpleasant because we had been friends,” Watson says.

Clearly the software business is high stress. Watson relieves it by mountain biking and spending time on his one-thousand-acre ranch in western Montana, although he says he has little time for either these days because he’s on the road so much. He’s not a big reader, although he likes to keep up with BusinessWeek, Forbes, and Fortune. He is something of a history buff—the man behind BMC’s collection of Texana, which is one of the largest housed in any corporate office. His favorite pieces include a document about La Salle’s travels in Texas in the 1600’s and a map showing the discovery of an old ship that had sunk in Matagorda Bay after a hurricane.

So what keeps Watson up at night? “A lot of it is financial,” he says. “But in all honesty, the thing I worry about is believing that we know what we’re doing and that we have it right.” And does he? “Yeah, but it’s going to change. The dynamics—the pace, the shifts—are extraordinary right now. The opportunity and the risk are so enormous that if you ever stop trying to change something, you’re going to get behind. Catching up is almost impossible.”