Troy Aikman famously said he wouldn’t encourage his own child to play football. Tony Dorsett has brain damage. Earl Campbell, one of the most powerful runners ever, has trouble walking. And yet their love for the game endures. We surveyed some other legends of Texas football to gauge how they feel about the sport that shaped their lives, for better and worse. 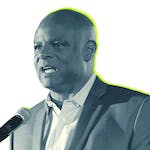 Back then, we didn’t know what we know now. So if I could go back, I’d do it again.

I had six or seven concussions during my career, and we didn’t know the long-term impact of that. So far, I’ve been lucky.

Parents are worried about their kids playing football. I understand that concern, and I think young kids, 5 or 6, should start by playing flag football. That’s the place to start. They can start tackling at 11 or 12, but they have to learn the proper technique.

It’s a contact sport, and people can suffer these kinds of injuries in lots of sports—soccer, hockey, you name it.

Changing the game to make it safer is going to take everybody. Coaches, players, referees, league officials. The laws are changing in several states, too, changing what you can and can’t do in practice, taking out those repetitive hits.

The game’s always been changing. The amount of attention is different. The contracts are bigger, huge. Social media puts a lot of pressure on, too. That was only starting right when my career was ending. But it’s different for these guys. 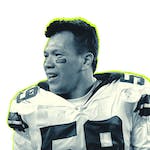 I saw it a little bit different from most people. My family came from Vietnam, and we migrated to a small town, Rockport, where I grew up. And there was a lot of racial tension going on. I saw how the game of football united the community. Once you’re out there, it doesn’t matter what color or what race you are. You’re out there and they’ve accepted you as a team, as a family, as a community. You come together as a group of guys and coaches that are from different backgrounds, regardless of nationality. The common goal is to win. So that’s why it teaches you a lot of life skills that you can benefit from in the future. Maybe they didn’t like you, but on Friday nights, guess what? We’re all one.

Maybe not everyone is going to agree with what I say. But if you ask me to do it again, I would love to. I’d definitely do it again because of what it allowed me to do and what I’ve learned.

The game of football is a violent game, you know. We can only control so much.

I think the future of the game of football is exciting. We can talk about all this stuff that’s going on with the NFL and the health studies. But at the end of the day, when August swings around, you’re planning your weekends around football. Kiss your wife goodbye and, ‘Hey, I’m watching football Friday through Saturday and Sunday.’

The game has already changed so much from a physical mano a mano strength contest, where whoever’s stronger and has more will is going to win. You’ve still got to win the line of scrimmage, no doubt. You’ve got to run the ball to win. But they’re not running the football like they used to, 60 or 75 percent of the time. Now you throw the ball 60 or 70 percent, which was unheard of 10 years ago. It’s flipped the other way. The contact of the game is not as much as it was 20 years ago. I guess I’m showing my age now. 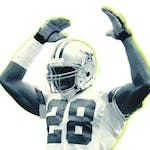 We called them dings. Concussions. I can only remember one. That was a part of the game.

If they had told us what we think we know now about the results of concussions and repetitive hits, I probably still would have played. I know I would have played. I probably wouldn’t have experienced the anger that I did when I found out that maybe the owners knew before the players knew and did nothing about it. That’s the big disappointment for me.

As a casual, interested observer, it appears to me that the players are adjusting to the current rules. Not completely, but I think it’s going in the proper direction.

It’s fun on Fridays in Texas. Everybody can field a team, from six-man on up. It gets families involved. It becomes highly competitive. Football raises a lot of money for school systems and communities. It provides scholarships for kids like myself that wouldn’t have the opportunity to go to school without football scholarships. Think about that.

There have been some devastating injuries, and I don’t want to say anything to minimize what’s happened to people out there playing football. But I think as we continue to move forward and talk about safety measures, we can take the nonsense out of it. When I say nonsense, I mean the guy out there flexing his muscles and hollering and screaming like some kind of wild beast. This macho business. Just play the game. It’s so fast and happens so quick, some of those hits are unavoidable. But the ones you can avoid, you don’t have to take. That’s the mentality all players should take into the game. 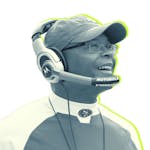 Texas Connection: All-American linebacker at Baylor, 1977 to 1980, before a Hall of Fame NFL career with the Chicago Bears

When I was a kid, I think you saw a lot more sandlot games. Kids like me, growing up in Houston, were out there playing on their own and they were imitating their heroes. For me it was Roger Staubach and Willie Lanier.

Football is a way of life in Texas. It’s bragging rights. It’s a topic of conversation, it’s pride. It’s a lot of things. But I think that football is woven into the very culture. It gave me the feeling that we do it better than anyone else. It was a personal thing. Yeah, that was the mindset. You really took pride in Texas football.”

I’ve had a lot of parents ask me, ‘Mike, when are you going to let your boys play tackle football?’ My answer has always been twelve years old. Until then, play flag football. I wanted my kids to kind of enjoy the sandlot thought process until they got of age to play tackle.

I think the game can get better. The fundamentals have to continue to grow in terms of not compromising technique for number of plays. Quality has to outweigh quantity. As long as we keep that in mind, we’ve got a chance to have football be a great game for a long time. 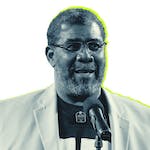 We were playing the Seattle Seahawks in 2002. I was playing in the middle of the field, which I rarely did, but I had had an ankle injury and Bill Parcells said, ‘If you can’t cover a slot, I want you to play the middle of the field.’ [Seahawks quarterback] Matt Hasselbeck dropped back and they ran what we call a skinny post to the middle of the field. Darrell Jackson broke on the ball and I hit him. I got a flag on the play. It was a huge hit. My helmet grazed right up underneath his face mask. I still think it was a legitimate hit, but they fined me $75,000 for the hit. I was so upset, because I played the game at its highest level, all these years, and had never been considered a dirty player. I make a big hit that was questionable —you know, questionable that our helmets even touched—and you’re gonna levy a fine? It was a warning, I think. For me to get a $75,000 fine was unheard of.

That’s when the NFL really started focusing in on the helmets and those types of hits. Before that, it was a free for all, man. You could hit the guy wherever you wanted.

I started at eight years old, and up until freshman year of college, I never had one coach teach me how to actually tackle someone. I never heard about head placement. The only thing they told me as a kid was, ‘See what you hit. Don’t put your head down, don’t spear anyone.’ It wasn’t until I got into college, with Lovie Smith as my position coach, that he actually taught me the fundamentals of tackling.

People would say, ‘If you’re in the open field, you just get him on the ground. However you do it, don’t let him score.’ That’s pretty much how you do it.

Jayden, my 16 year old, he’s a baseball player. He’s damn good. He played all three: football, baseball and basketball. He saw me go through the process, saw the physicality of it. He played a little bit, but that wasn’t really his love. It was baseball.

If I had to do it all over, and my kids wanted to play football, I would want them to learn the game first. Understand how to run a route. If you’re a tackle or defensive player or an offensive player, understand the technique and the form. Instead of just jumping out there at eight years old, when your helmet is bigger than your whole body and you’re falling all over the place. What’s the purpose of that?”

Parents need to learn how to play the game, too. I mean, this is your child. My youngest, my 15 year old, he played at Jesuit High his freshman year. And I remember he took a nice little hit, got up a little slow. As a dad who played 13 years in the NFL and played football all my life, for thirty years, my heart dropped. I’m no different from other parents. 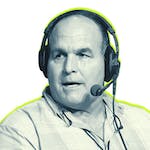 I think you’d have to be naive not to realize that there is going to be a price paid for playing the game, because it is such a violent sport.

Three generations of my family have played football. The younger ones are looking to further the legacy. We didn’t really push our kids to play — I think it’s something that comes naturally to them. We definitely have had discussions about safety, and I think my boys understand the risk that’s involved.

Watching my boys play, it’s nerve-wracking and exhausting. It’s stressful for me to sit in the stands and watch my kids play. I don’t think I’m being affected until after the game, when I kind of relax and I’m like, ‘Oh my gosh, did I play in that game? Because I’m gassed.’

Life is best lived getting out of your comfort zone. Doing things that don’t necessarily make sense and aren’t safe. I know the most gratifying things in my life have been the times like going and talking to my wife for the first time—I was scared to death. I didn’t want to do it because I feared rejection, big time. Every time I suited up to play a game, even until my last game, when I was 40 years old, I was scared to death to go and play, because I was fearful that I was going to get embarrassed out there.

It isn’t the game that everyone should be playing. It’s a different type of individual, I think, that’s willing to take that risk. I honestly believe there are guys that would play for free.