For JoJo, Ringo, and Henry Garza, brothers better known as the Grammy-winning rock trio Los Lonely Boys, spending time together is a priority. Not only do they, along with their wives and ten children, live within a few blocks of one another in their hometown of San Angelo, but the guys share just about everything on their 52-foot tour bus, including an Xbox, snacks, and jam sessions. “Family is the most important thing,” says 32-year-old Henry. “And we’ve got the gift of music to share.” They kicked off the New Year by finishing their latest album, Rockpango, and heading out on tour. A few things they are never without are bologna and cheese to make their favorite childhood sandwich and plenty of DVDs to pass the time between shows. There’s only one drawback to being in such close quarters. “After a while,” says 30-year-old JoJo, “it starts to get smelly, like a bunch of dudes.”

• JoJo: A Clif Bar? What is that? I don’t know what that is. I thought those were crackers or bags of pretzels.
• Ringo: The packaging is too nice to open it.

• Henry: We’re all hard-core Cowboys fans. All my luggage is Dallas Cowboys. We bleed blue.
• Ringo: And gray.

• Henry: I hate Cholula, but Ringo puts it on everything. He lives by his Cholula.
• Ringo: Well, I don’t put it on cake.

• JoJo: I work out every day, except Sunday or whatever day my day off falls on.

• Ringo: It’s something my wife got me. It’s from Abercrombie & Fitch.

• JoJo: We gotta have honey. It’s good on a piece of bread or a tortilla. It’s a good throat coat too.

• Henry: I always lose brushes, but I never seem to lose the ones with the gel handles. I buy them at Walmart or convenience stores.

• Henry: My dad wore Brut, so I wear it too. It’s what a man should smell like. That’s what the commercial says.

• Ringo: When I’m playing, I keep time with my Juicy Fruit.

Find out more about the items on the Los Lonely Boys tour bus.

Learn everything there is to know about Red Bull, including the sports teams and concerts they sponsor, at RedBullUSA.com.

What’s in a Clif Bar? Find out at ClifBar.com.

Learn how to make corn tortillas from Diana Kennedy at texasmonthly.com/multimedia/video/eattell/15303/.

Save $1 off your next Brut purchase by visiting BrutWorld.com.

Go to Cholula.com for recipes using the spicy sauce. 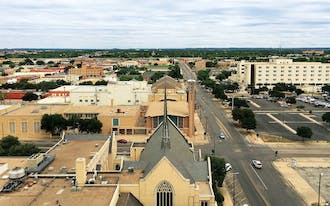 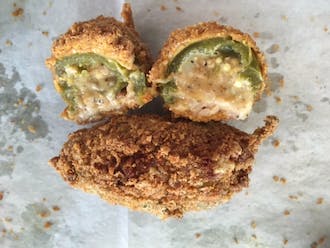 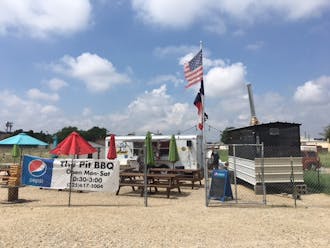