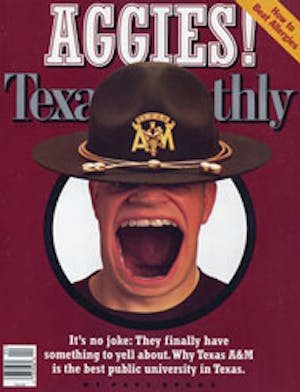 In 1988, when James H. Evans was in his mid-thirties, he left behind a successful photography studio in Austin and moved to remote Marathon, where he took a job as a cook at the Gage Hotel and shot pictures on the side. “Everyone thought I was nuts,” he says. “I thought I was a little nuts too.” But the gamble paid off: Today the 42-year-old runs a thriving gallery and studio there, and he has also become the preeminent chronicler of West Texas, modeling his work on that of pioneering photographer W. D. Smithers, who first documented the area in the twenties. For Texas Monthly, Evans has tackled regional subjects ranging from the Devils River to best-selling author Robert James Waller and the Kickapoo Indians, so he was the natural choice to capture the border town of Boquillas del Carmen (see “The Crossing,”). “When I go over there, everyone says, ‘Where are my pictures?’ People want me to photograph them. In a way I’m the first guy who has ever photographed them in a professional way, so they’re really open to me.”