UPDATE — May 31:
Cindy Horswell of the Houston Chronicle reports that Justice of the Peace Lanny Moriarty has vacated Diane Tran’s conviction, clearing the way for it to be expunged from her record “so it will not impact any efforts to attend college or obtain student loans.”

ORIGINAL STORY — May 29:
A letter-of-the-law approach has turned Montgomery County Justice of the Peace Lanny Moriarty into a worldwide villain.

As Sherry Williams of KHOU originally reported, Moriarty came down hard on a repeat-offender truant from the Willis ISD last week, sentencing seventeen-year-old Diane Tran to 24 hours in jail and a $100 fine.

Tran had already appeared in Moriarty’s court last month for truancy, receiving just a warning. So when her absences continued, Williams reported, “he issued a summons and had her arrested in open court when she appeared.”

A tearful Tran told Williams that her absences are due to some extraordinary hardship. Her parents recently divorced and moved away from Houston, leaving the teenager to help support herself, as well as an older brother who’s attending Texas A&M, and a younger sister who now lives with relatives in Houston. Tran, meanwhile, resides with the family of one of her employers.

That’s right, one of her employers. Tran misses so much school—even as she’s taking numerous advanced placement/college credit courses—because she works a full-time job at a dry cleaners and a part-time job at a wedding venue.

Moriarty told Williams, “If you let one of ’em run loose, what are you gonna’ do with the rest of ‘em? Let them go too? A little stay in the jail for one night is not a death sentence.”

After KHOU’s report, the story broke wide with coverage at super-aggregator The Daily Mail as well as Fox News, while it became the weekend’s second most popular story at the Huffington Post (albeit with ten times fewer Facebook “likes” than the story about the face-eating naked man in Florida, which everybody in America who uses social media—yeah, don’t try to deny it—read about at some point).

As HuffPo noted, a website, HelpDianeTran.com, run by the 501c3 Louisiana Children’s Education Alliance, had raised close to $30,000 for her family, while a Change.org petition started by someone in California to encourage Moriarty to expunge Tran’s record and revoke the fine had 32,000 signatures as of early Tuesday morning.

Because of the Memorial Day holiday, Moriarty has not yet been able to reconsider Tran’s case, but he told Willams it’s possible he’d do so. 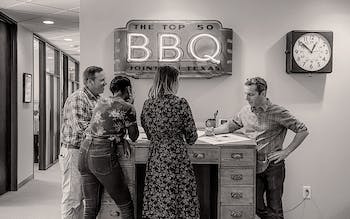 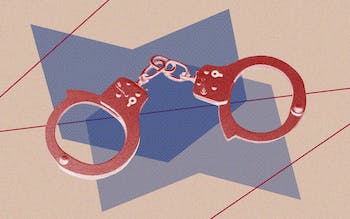 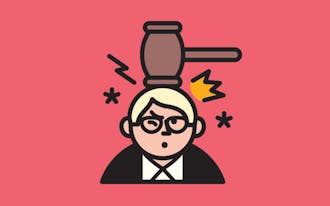