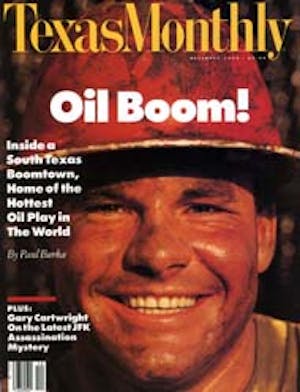 Most of us grew up with pseudo-Italian Renaissance crèches made out of hard plastic: The serenely glamorous Holy Family epitomized a Western interpretation of the birth of Christ straight out of a Neapolitan chapel. When those Nativities were unpacked and stationed on the mantel, nestled in a snowy fold of the Christmas tree skirt, or settled on the windowsill, it was a signal that the holiday season was in full swing.

But folk artists in other countries take a more exotic, more playful view of the Holy Family. The Nativities on these four pages show that the same theme can have endless—and enthusiastic-variations. Who says Mary and Joseph have to be stationary? A windup creche from Oaxaca cranks into action, with cattle nodding, Wise Men, an angel, Mary and Joseph raising their arms in salute, and the cradle rocking—all in jerky unison. Or how about the Sri Lankan jumping-jack Nativity? Its angels fly ever skyward, trumpeting their good news on high.

Some, like the tiny scenes pigeonholed inside a prickly pear or hidden under a two-inch-square clay church, are portable and easy to set up. Others are magnificently cumbersome, such as the two-piece, sacred-and-profane tower from Ocumichu, Mexico. A minuscule Polish Nativity scene peeks from a gleaming tinfoil cathedral in a modern-day rendition for an urban world.

No matter how humble the building materials, it’s obvious that all of the artists who created them have a way with a manger.