A: Congratulations to you on your keen powers of observation. Indeed, it is accepted boot-scooting canon that, be it the two-step, waltz, cotton-eyed Joe, or schottische, the standard direction in which the light fantastic is tripped in a Texas dance hall is counterclockwise. Theories as to why the line of dance, as it is known in dancing circles, moves in this way range from ridiculous bunkum having to do with the Coriolis effect or short-left-legged-ness to tales of Old World hoedowns where right-handed men needed to be ever ready to draw a sword from a scabbard on the left hip. The truth will likely never be known. Are there circumstances in which dancers turn a blind eye to the long-held custom and go clockwise around the hardwood? Sure, it’s not unheard of. Sometimes, toward the end of a particularly festive evening, after a good many longnecks have been drained, a dancer may become momentarily turned around and unknowingly begin crashing his terrified partner headlong through the oncoming stream. The Texanist has witnessed this firsthand, and it is not a pretty sight. Depending on the size of the misguided dancer and the tempo of the song, it can result in serious injury. In fact, he dimly recalls having been involved in such a pileup himself, but the incomplete, flickering images he retains from that tragic evening (flying boots, trampled hats, screaming ladies) are too disturbing to pursue. Best to just go with the flow.

Q: I fell in love with your fair state three years ago on a road trip and decided to give up my wicked Yankee ways. Now I am trying to find the perfect suburban Dallas house for a single 32-year-old that is worth spending 30 years paying for. I have never felt at home in the North. All I need to do is find a house and a job, and then I promise to never return to the third circle of hell that is New York. Please tell me if there is a Texas altar where I can repent my Yankee-ness (the area, not the team; I’ve always hated the team). I am willing to do almost anything to become a full-fledged Texan.
Name Withheld

A: The Texanist receives proclamations of Lone Star love from all over the world. His in-box is littered with them. Many come from nonnatives, and they are heartfelt and sincere. And he appreciates them all, every last one. Yours, though, stands out as a result of the vehement opposition to your birthplace. This is a little unusual and, to be honest, slightly alarming. An adopted Texan can, after all, achieve a successful transplantation to his new home state without so thoroughly debasing his native one. And in fact, this sort of antipathy toward one’s roots is distinctly un-Texan. Constancy and loyalty are virtues in this state. In your rush to ingratiate yourself here by demeaning your home place, you run the risk of undermining your campaign. Thus at present the Texanist cannot, in good conscience, reveal the location of the sacred altar of geographic penance at which new Texans are baptized. There is one, but until you have learned to show a little more respect for the hellish den of vice, greed, and godlessness from whence you sprang, he must not disclose it.

Q: I recently hired a yardman who was recommended to me by a friend. This fella did great work, and I would like to use him again, but something has me thinking that he may not be a properly documented, legal citizen of this country. Should I be concerned about this? Does it matter?
Name Withheld

A: The upkeep of the grounds around one’s home is a pursuit that has the potential to escalate rapidly, progressing from a harmless weekend pastime to an out-of-control obsession with showing up the neighbors. It’s at this point, after a formal declaration of neighborly yard war is made, that the hired guns are often sought out to achieve that perfectly trimmed turf with the sharply edged border and the consummately pristine beds. Is it possible that these green-thumbed mercenaries may be of questionable status with regard to their eligibility to lawfully work in this country? Yes, it is, though the Texanist would advise against judging a book by its cover, in this or any other circumstance (except perhaps when you are actually buying a book). The letter of the law would have you make inquiries as to the yardman’s status—and, beyond a certain price point, collect Social Security and Medicare taxes, match 401(k) contributions, and send the total to the feds. But for better or for worse, few people do this. Among the folks who farm out the lawn-cutting, there are those who are sticklers for the rules and there are those who subscribe to more of a “don’t ask, don’t tell” policy. And then there are those, like the Texanist, who cut their own grass.

Q: There is a young woman at my office who has recently started wearing skirts and boots to work. I’m more of a pants-and-flats type myself, but I’ve been tempted to follow suit because she looks so cute. This girl is in her twenties, though, and I’m in my forties (though I don’t look it!). My question is, Does the cowgirl look come with an age limit?

A: The Texanist’s reputation as one of the state’s great fashion arbiters is mostly self-proclaimed and virtually unknown to anyone outside the tiny inner circle that includes himself, the handsome devil that stares back at him from his dressing-table mirror, and the family dog. But the sign proclaiming “Fine Advice” that hangs outside his office does so without fine print; situations of a sartorial nature are not excluded. The Texanist would have you look inward for the answer to your question. Is a 25-year-old cowgirl in there somewhere? Look past the 35-year-old with the mass of permed hair, and past the 29-year-old in the pocketless Rocky Mountain jeans. Keep going till you find the cowgirl. Then summon her up, take her out for a drink, and turn some heads. Every woman has a cowgirl inside her somewhere. 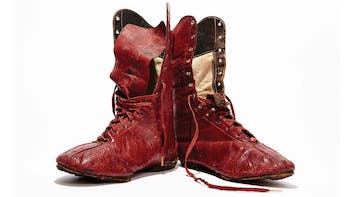 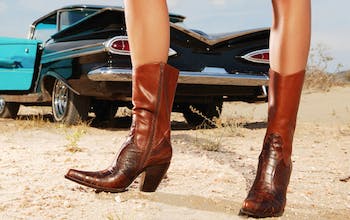 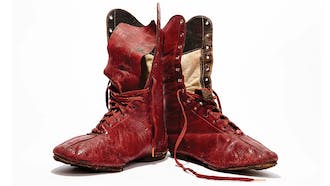 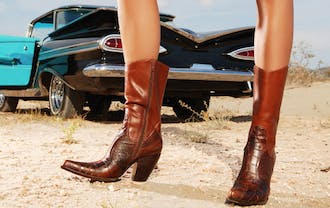 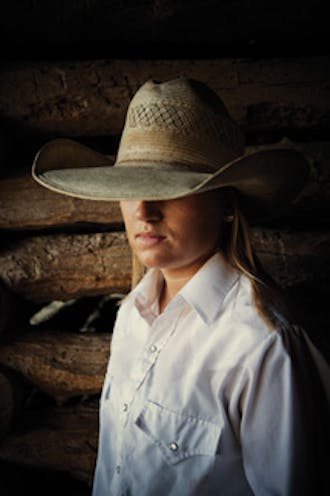 Don’t Make Me Go to Town