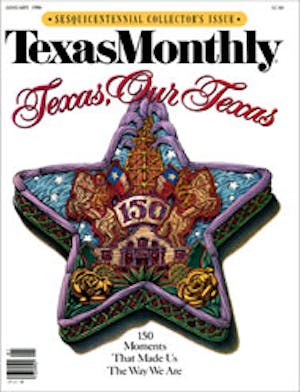 A few years ago, rumors flew that four distinguished chefs from around the globe had converged at Cafe 290 in Manor, Texas, transforming a smoky pseudo-truck stop into a world-class restaurant. While this isn’t exactly true, owners Robert Guillory and Liz Lynch have done time in the kitchens of prestigious restaurants in Singapore and Manhattan, not to mention Austin’s own Four Seasons Hotel. Now these two talents have decided to settle home in Texas and concentrate on cooking world-class roadhouse food. As a sophisticate serving a roadhouse breakfast, chef Robert Guillory’s current raison d’être is satisfying in more ways than one.

Cafe 290 It’s not surprising that you can get beef for breakfast at Cafe 290—after all we are in Texas, more specifically just across the highway from the Exxon station in a town famous for not much other than its horse racing track. What is noteworthy here, is how many ways Cafe 290 works beef into a classic breakfast.

I chose to start the day with the Beef Spanish Omelette: juicy ground beef cooked down with onions and peppers, folded in layers of egg with jack and cheddar cheeses woven throughout. My omelette was faultless, served with refried beans, flour tortillas and grits—that ever novel and interesting-until-you-taste-it sidedish. But after a bite of the runny yolk, crispy batter, and peppery gravy combo of my friend’s breakfast, I regretted not ordering what he got: the Rancher’s Special, a breakfast-sized, cream gravy-smothered chicken fried steak with two fried eggs and toast in lieu of a fresh-baked buttery biscuit, but only because they’d run out.

Beef for breakfast is one of the high points of Cafe 290, but you needn’t relegate yourself to red meat—there’s also pork chops with eggs, pancakes, french toast, and a variety of eggs-any-style and omelette options—or breakfast at all for that matter. A lunch buffet rotates comfort foods such as ham, pot roast, and green beans cooked with salt pork. Dinners of fried catfish and chicken-fried anything and everything stick to the ribs of the Manor locals who fill the restaurant, which seems almost lost in time regardless of how worldly its proprietors.

Family-Sized Chicken & Dumplings recipe
This is a great one-pot recipe for a very large and hungry family. We suggest serving our Chicken and Dumplings with fresh stewed spinach or collard greens and fresh baked cornbread.