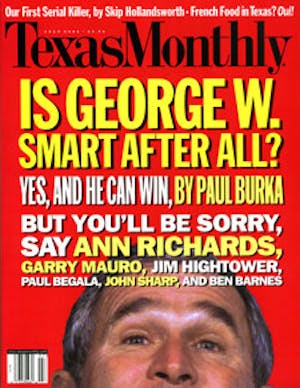 Austin’s Goudie has built a reputation for melodic pop, but its major-label debut is surprisingly rock: Peep Show wallows in thick walls of guitar and arrangements constantly on the verge of collapse. While it’s not the kind of bombast you’d expect on Metallica drummer Lars Ulrich’s Elektra imprint, rarely do young bands cover so much territory as confidently. There’s something futuristic about the effects and loops that are used to integrate influences like Radiohead, the Cars, and Cheap Trick, yet front man Johnny Goudie offers an appreciation for the fine line between spooky and sexy. It could be just the right recipe; competitors like Limp Bizkit certainly haven’t come up with anything as suggestive and fulfilling as “Made,” a psychedelic-metallic freakout that sounds like Nine Inch Nails covering Led Zeppelin’s “Heartbreaker.” And sure, most of Goudie’s songs are variations on the same theme, but what great rock debuts weren’t all about sex?