How much do we love Big Tex? Arguably, the sudden way in which the State Fair of Texas icon perished in a fire dealt a bigger emotional blow to Texans (and to Dallas) than the loss of Larry Hagman–at least on social media. You can probably chalk that up to the fact that Big Tex’s demise was truly unexpected, while Hagman, who recently returned as J.R. Ewing on the TNT “reboot” of Dallas, had lived with cancer since the nineties. And yet, Big Tex will be back, which made it okay to crack jokes about the State Fair’s love of deep frying (though the fire’s cause was found to be electrical).

The death of Hagman, who in addition to embodying pop culture’s most enduring and internationally recognized fictional Texan, actually hailed from Weatherford, and made Dallas his part-time home, was probably the biggest loss for the state in 2012, with college football legend Darrell K. Royal right behind him.

But if the Celebrity Death Rule of Three applies to an entire year, 2012’s last days also belonged to “The Best Little Whorehouse in Texas.” A year that already saw the death of Chicken Ranch madam Edna Milton Chadwell finished with the loss of author (and Texas Monthly contributor) Larry L. King on December 21 and then, over the holiday, actor Charles Durning, who played the governor of Texas in the movie version of the musical that grew out of King’s Playboy article:

1. Larry Hagman
As Harry Hurt III wrote in his June 2012 Texas Monthly profile, Hagman was “a good friend, a spiritual mentor, and one hell of a partier.” Back in his I Dream of Jeannie days, he was known for taking LSD, leading impromptu parades on the beach in Malibu, and not speaking on Sundays, just because.

Hurt’s profile now stands as a comprehensive obit for the great actor and great Texan, from his beginnings as the child of musical superstar Mary Martin to his lifelong marriage to Maj Hagman and his TV marriage to (and close off-screen friendship with) Linda Gray . . .

And as Andrew Goldman wrote in a Q&A with Hagman for the New York Times:

Q: You wrote in your memoir, “Hello Darlin’,” that when you die, you want to be ground up in a wood chipper like Steve Buscemi’s character in the movie “Fargo.” Is this actually set down in your will?

A: Well, it’s hard to set down chipping. I don’t think that’s allowed. But I did want to be spread over a field and have marijuana and wheat planted and harvest it in a couple of years and then have a big marijuana cake, enough for 200 to 300 people. People would eat a little of Larry.

2. Leslie
The thong-wearing, homeless, sometime-mayoral candidate was Austin’s real-life Big Tex: a window into how the city sees (and saw) itself. As we wrote before he died:

[T]he same sidewalks Leslie once roamed wearing a thong and falsies now sit in front of celebrated fancy restaurants, pricey retail shops, and tall condominiums, and much like Las Manitas, Liberty Lunch, and Little City, it appears Leslie’s time was coming to an end, and he’d be taking some of Austin’s weirdness with him.

3. Brent Grulke
Conversely, as SXSW’s creative director, Grulke played a big role in expanding Austin as a music capital and media darling, in some ways making it less “weird.” Long before that, however, Grulke was a key figure in Austin music and music journalism, making his loss personal for this writer as well as several other Texas Monthly staffers. In addition to the story linked above, Texas Monthly‘s Michael Hall penned Grulke’s unsigned obituary.

“I always know what I got,” he told me. “I’m always trying to figure out what you got.” Contrary to popular wisdom, poker isn’t so much about luck but about math and psychology—calculating odds and intentions, watching faces and listening to voices. In other words, says Slim, “poker is a people game.” The main way to figure people out is to watch their eyes (one reason Slim wears a hat). And talk to them. Slim plays poker the way Michael Jordan plays basketball—aggressively, talking trash the whole time, rattling his opponents, confusing them, manipulating them, trying to figure out what they have.

5. Darrell K. Royal
There was nothing good about losing the greatest college football coach in Texas history. But in a year for the Longhorns that was often dominated by talk of TV networks, conferences, too many losses, and the job security of Mack Brown, remembering DKR also allowed the University of Texas community to remember what it means to be a fan.

I wasn’t near as anti-pass as my reputation made me out to be. We worked hard on it, and every big game we won—every one—the turning point was a completed forward pass. All that got started one day when I was kidding around with the press. Some guy said, ‘Well, when are you going to start throwing the ball?’ I made a flippant remark: ‘When you pass, three things can happen, and two of them are bad.’ After that, I was so conservative I had to look two ways before I’d cross a one-way street. And I kind of enjoyed the banter. But at the time the guy asked the question, we were leading the nation in scoring! I thought that’s how they measured offense. 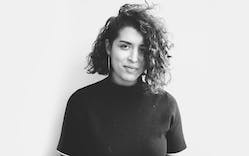