Playboy Marfa, the controversial piece of roadside art (or is it advertising!?) just outside Marfa on Highway 90 was supposed to be gone by August 5. The Texas Department of Transportation had, at the end of June, determined it an illegal advertising sign because of its use of the trademarked Playboy bunny logo. Unpermited signage violates the federal Highway Beautification Act, and so the Bunny was ordered to come down within 45 days. Obviously that didn’t happen. The Bunny still stands.

For awhile it looked as though Playboy might convince TxDOT of The Bunny’s alleged artistic merits (the Order of Removal was lifted). But yesterday, TxDOT reaffirmed its initial stance and emailed a new Order of Removal to Playboy stipulating that The Bunny must, again, come down in 45 days. That makes the new deadline—if we’re counting the same way TxDOT is!*—October 20. If The Bunny isn’t gone by that date, TxDOT will refer the case to the Attorney General’s office. Read the Order of Removal below.

*TxDOT would not confirm at this time.

The notice was expected, as TxDOT made us aware of their rules requiring them to issue it as part of our ongoing discussions. TxDOT immediately granted an extension of 60 days beyond the timeframe in the notice, reflecting our mutual desire to keep the discourse open. We are confident in reaching a resolution for the Marfa art installation within the planned phases of Richard Phillips’ artistic collaboration with Playboy.

That makes The Bunny safe until December 20 or thereabouts. That’s around the time Phase 2 of Playboy’s arts initiative–a reimagined Dodge Charger–is supposed to be unveiled.

Update: On September 30, in an email to Texas Monthly, TxDOT clarified:

There is not a grace period.  The sign owner requested a 60 day extension in order to research all possible means of resolving the illegal sign issue. The 60 day extension ends on December 23, 2013. 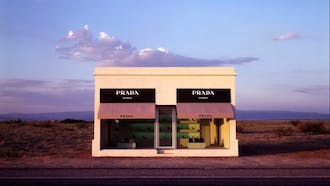 So, Is It Art? Talking to Prada Marfa Artist Michael Elmgreen 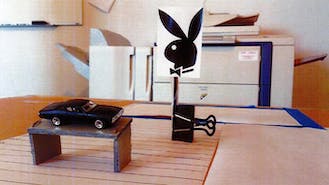 So, Is It Art? Talking to Playboy Marfa Artist Richard Phillips 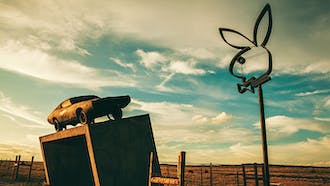