Everybody knew Rick Perry was recovering from back surgery when he entered the Republican presidential race last August. And eventually, Perry conceded that he wasn’t quite himself during the gaffe-prone campaign–he claims he was still in pain from the procedure and unable to exercise.

But was he also too reliant on prescription medication?

The latest e-book by Politico reporter Mike Allen and Evan Thomas says yes. As Alex Pappas of the conservative website the Daily Caller first reported, Inside the Circus, which is out today, includes an almost throwaway mention–one long paragraph and one extremely short one with the allegation.

“A bad back doomed any chance Perry stood to break through . . . It became an open secret that he was using painkillers in sufficient dosages to keep him standing through the two-hour debates.”

Of course, Perry’s infamously animated “Cornerstone” speech in New Hampshire had many speculating that he was under the influence of something. In a headline seen on their “most popular/most e-mailed” feature, the Daily Caller was a little less restrained:

More from the Caller‘s Pappas:

The authors imply that the painkillers may have led to a humorous incident before an October debate in New Hampshire when the “manager of a rival campaign” overheard Perry belting out the song “I’ve Been Working on the Railroad” while in the bathroom.

“Wondering who was making all the noise, the campaign manager turned his head and saw, to his surprise, the governor of Texas,” the book states. “Perry came down the row of about twenty urinals and stood companionably close by.

Allen and Thomas continue: “Nonplussed, the campaign manager made a hasty exit; as the bathroom door closed, he could hear Perry still merrily singing away: “I-I-I’ve been working on the ra-a-i-i-l-road, all-l-l the live-long day . . .”

“A top campaign official” for Perry told Allen and Thomas, “He whistles. I wouldn’t read anything into it.”

“POLITICO’s e-book is a low in irresponsible, unsourced and unfounded ‘reporting,’ with anonymous untruths about Gov. Perry’s debate performances. Gov. Perry’s recovery from summer surgery was successful, leaving him more than able [to] handle the grueling schedule that accompanies modern presidential campaigns. The governor has stated that July back surgery prevented his regular exercise routine and Perry officials have also repeatedly and truthfully denied that pain medicine was a factor in the campaign. POLITICO’s claims are false, unsubstantiated and ultimately harmful to the political and electoral process, and the to trust in the media that covers the process.”

I believe this story 100%. I wrote at the time, watching Perry debate, that he was clearly experiencing discomfort, that he kept twisting his torso, leaning on the podium, trying to find a comfortable position. As did several other journalists, I pointed out that he was wearing comfortable shoes, not boots. I wrote that I had had back surgery myself, and I wouldn’t wish it on anybody. It’s hard for your back muscles to hold you up.

The question that must be asked, and must be answered, is what did the people in the Perry campaign know about Perry’s use of painkillers, and when did they know it? Perry has always run a secretive operation, but to run the risk of addiction as a presidential candidate, not to mention the risk of having it be discovered, is, even by Perry standards, amazingly reckless. The revelations in the book raise a the issue of whether he should continue to serve as governor, much less contemplate another presidential race. Perry should be called upon to release his medical records immediately. If these allegations stick, I don’t see how he can be a viable candidate for any office. 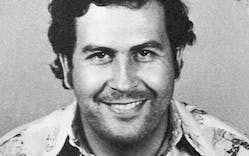