texasmonthly.com: Why did you want to write about President Bush’s legacy two years before he leaves office?

Evan Smith: The action is now. With the anniversary of the war upon us and the outcome of the November elections very much on everyone’s minds, this seemed like a perfect time to ask the leading historians and Texan White House vets to assess his successes and failures—but also, crucially, to say what, if anything, the president can do to alter the way he’ll be judged. If we’re going to do this two years out, we have to acknowledge the possibility that he can turn it around. By “it,” of course, I mean Iraq, but also the many domestic policy challenges that have gone unmet while the focus of his administration has been overseas. Many of the people we talked to took pains to compare Johnson and Vietnam to Bush and Iraq, but the difference they cited was that LBJ had the Great Society, Medicare and Medicaid, and civil rights to balance the scale, while W. has—what?

texasmonthly.com: How long have you been working on this piece?

ES: We’ve talked about it for six or more months, but it only took shape a couple of months ago, and we’ve really worked on it in earnest for about the past two months. This kind of thing takes a long time to pull together, but fortunately a lot of the interviews we conducted came through over the holidays, when people were home and near the phone. One or two were out of the country when we first called, but they got back to us as soon as they could.

texasmonthly.com: How did you decide who would contribute?

ES: A group of us—five or six or more—sat around my office and tossed out names. We had as many as fifty people on the initial list, then whittled it down to twenty. We ultimately published fifteen, though we were prepared to do more. On the other hand, there’s a limit to people’s patience with this stuff.

texasmonthly.com: Were there any contributions that surprised you? Opinions that you didn’t think the writers would have?

ES: A couple of the mildly negative points of view surprised me, as they came from people one would have logically assumed to be pro-Bush. At least one of the mildly positive ones surprised me too. Outside of Paul Begala and Don Evans, we really couldn’t predict what we’d get.

texasmonthly.com: Is there anyone who wasn’t able to contribute that you wish you had heard from?

ES: Doris Kearns Goodwin was traveling, and Arthur Schlesinger Jr. didn’t respond to our calls. Both Michael Beschloss and David Halberstam declined to be interviewed, as they’re working on projects that abut ours.

texasmonthly.com: What do you think President Bush’s legacy will be?

ES: It’s not important what I think. My job is to put the views of people who do matter before our readers.

texasmonthly.com: Some of the entries offer Bush some options on a way to improve his legacy before he leaves office. Do you have any suggestions?

ES: See my previous answer. The last thing this guy wants or needs is advice from me. Maybe he can make his font size bigger. (Just kidding.)

texasmonthly.com: While most of the analyses mention Iraq, the writers also talk about everything from No Child Left Behind to signing statements. Were there any guidelines you gave to the contributors on what to write about?

ES: Nope. Swing for the fences.

texasmonthly.com: What was your biggest challenge in putting this piece together?

ES: Achieving real and perceived balance. And knowing when enough’s enough. A sixteenth piece would have been too much.

texasmonthly.com: Is there anything else you want to say about it?

ES: Yes. I suspect Mr. Bush isn’t going to like the fact that we’ve done this piece. He told USA Today recently, in effect, that only bored journalists have time to think about his legacy—he’s busy being president. But I’d say in return that it’s our job to put his six years in office in context, to suss out the victories and defeats, to understand where he is similar to and different from his predecessors, and to look ahead to his final two years. I’m proud that we’ve done that, as I’m proud of everything we do. 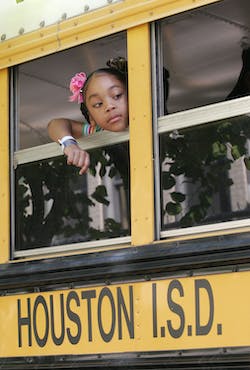 The Legislature of the Children 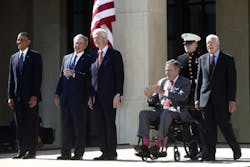 The Legacy of George W. Bush

By Sonia Smith and Paul Burka

5 Things You’ll be Talking About in May 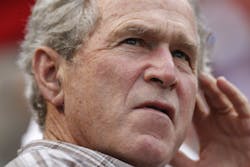